On Wednesday, February 17, King School hosted inspirational speaker and inclusion advocate Schuyler Bailar as the second guest in the new King Reads Together Series organized by the Parents' Association and the Office of Diversity Equity and Inclusion.

Schuyler shared his groundbreaking journey as the first transgender athlete to compete on an NCAA D1 men's team in an engaging and uplifting presentation that described his most difficult choice – to be true to himself and transition while potentially giving up the prospect of being an NCAA champion female swimmer.

In his presentation to upper and middle school students, parents, staffulty, and trustees, Schuyler shared his coming-of-age journey and his struggles with depression and eating disorders. He wove in powerful recollections of invaluable support along the way from his multi-generational family, coaches, teammates, and therapists.

Schuyler's story provides powerful insight for the King community about helping children and youth discover their own paths to understanding their identities, feeling a sense of belonging, and achieving self-esteem and confidence. This underscores the through lines of the 2021 King Reads Together series.

King community members responded to Schuyler's story by embracing the importance of a respectful and compassionate community:

— "Schuyler shared an inspirational story of his personal journey to self-acceptance. As an advocate for inclusion, Schuyler spoke from the heart and engaged parents with observations and insight from competing as a transgender athlete on Harvard's men's swim team and insight into how parents can create a more supportive community." —  Greg Jansen, P'21, Trustee

— "Schuyler Bailar delivered an impactful presentation that highlights why respect, support, understanding, and compassion matter when discussing gender identity. When Schuyler shared his encounter with his grandmother, it was promising to know that religion, culture, generational gap, and gender roles didn't stop Schuyler's grandmother from accepting his identity. This gave me hope that we can create a safe space for members of the King community like Schuyler's grandmother did for him." — Dian Holder, P'32

— "As a mother, grandmother, and educator, I got teary as Schuyler spoke of his family's unconditional love. It was apparent how important that was to him and for him. He reminded us of the significance of adults allowing children to be honest and open with us and for us to listen without judgement. What a beautiful message... thank you Schuyler!" — Julia Rachinsky-Wood, Lower School Teacher

Schuyler concluded his presentation by sharing an intimate account of the conversation he had with his grandparents when he initially came out to them as transgender. Their unconditional love and acceptance serves as a reminder to all of us to "lead with love" — something we all are capable of doing. If we lead with love, we will undoubtedly make strides toward becoming the welcoming and inclusive community we hope to be.

Schuyler's book, "Obie is Man Enough," is written for a young adult audience and is now available for pre-order. 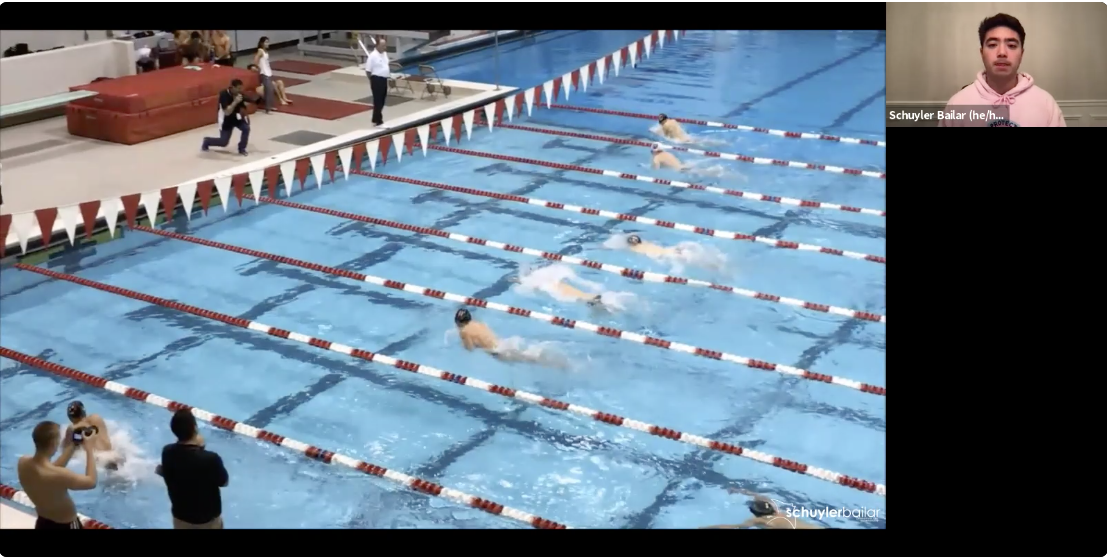 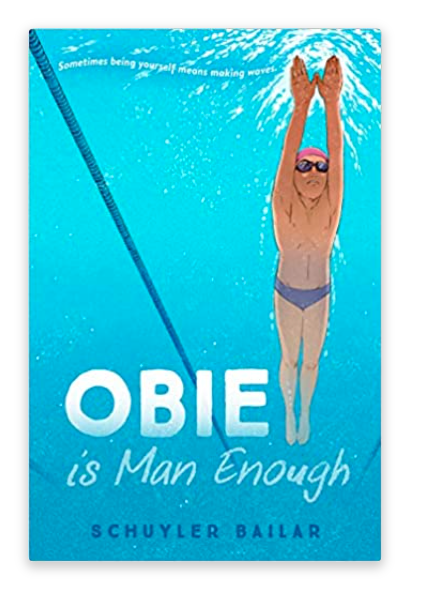