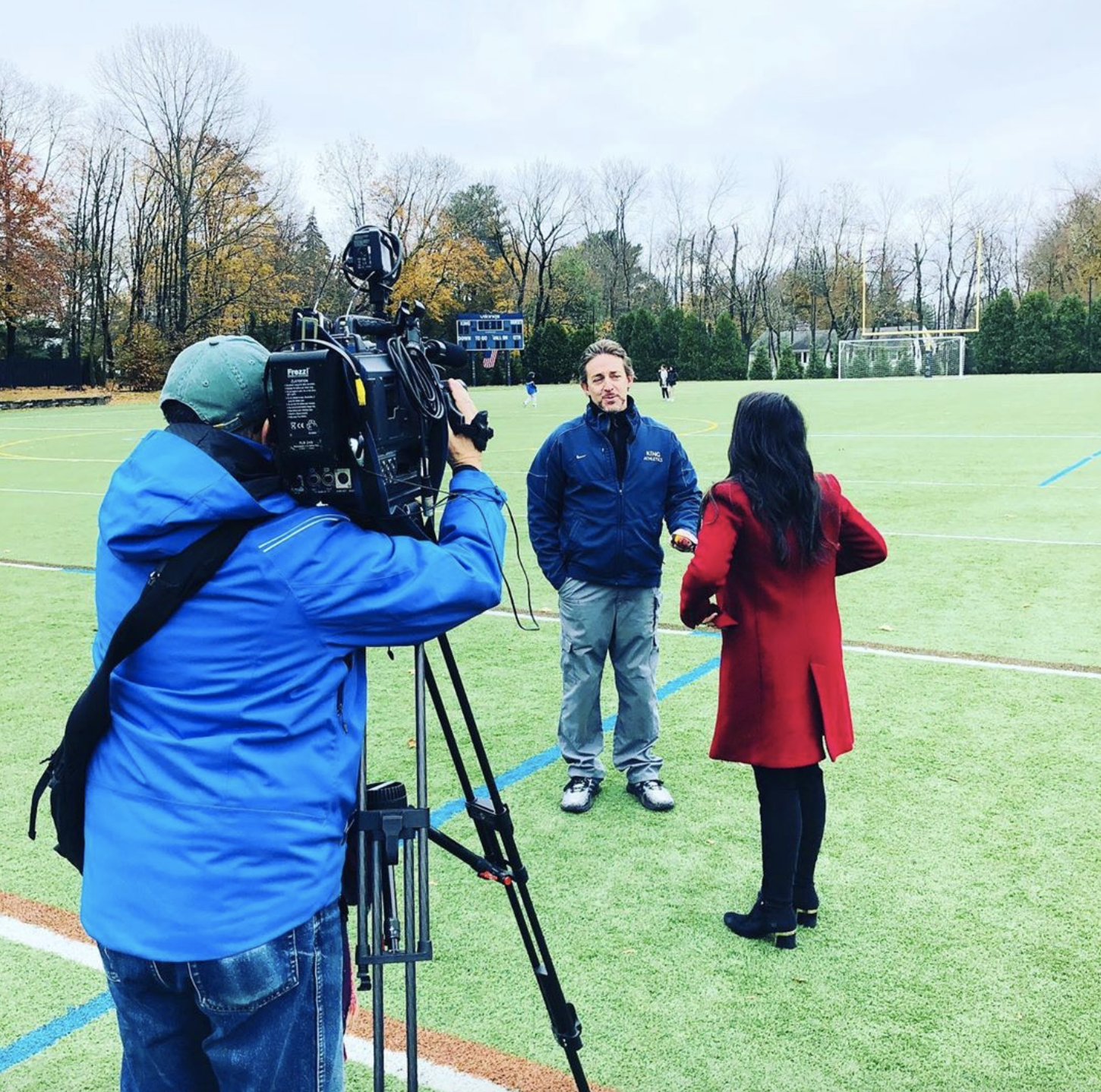 Jason Bouton, King Head Athletic Trainer and members of the King Girls Varsity Soccer team were featured on Wednesday’s edition of FOX 5 New York, where Jason shared his valuable insight and extensive research on concussion management and educating student-athletes to stay safe on the field.

Joining Jason were Vikings Co-Captains Christine Hanson (‘20) and Kate Lockyer (‘21) in the news segment on PINK Concussions, a Norwalk-based non-profit organization focused on pre-injury education and post-injury medical care for women and girls with brain injuries including concussion incurred from sports, violence, accidents or military service.

“Girls concuss at twice the rate of boys in these match sports so, basketball, soccer and we’re spending too much time focusing on the boys,” said Bouton, Head Athletic Trainer at King School and a concussion researcher.

Jason began researching concussions in young athletes in 2017, looking at 365 high school athletes both male and female. He found that not only are girls who play soccer more prone to suffer a concussion than boys, but that they take longer to recover.