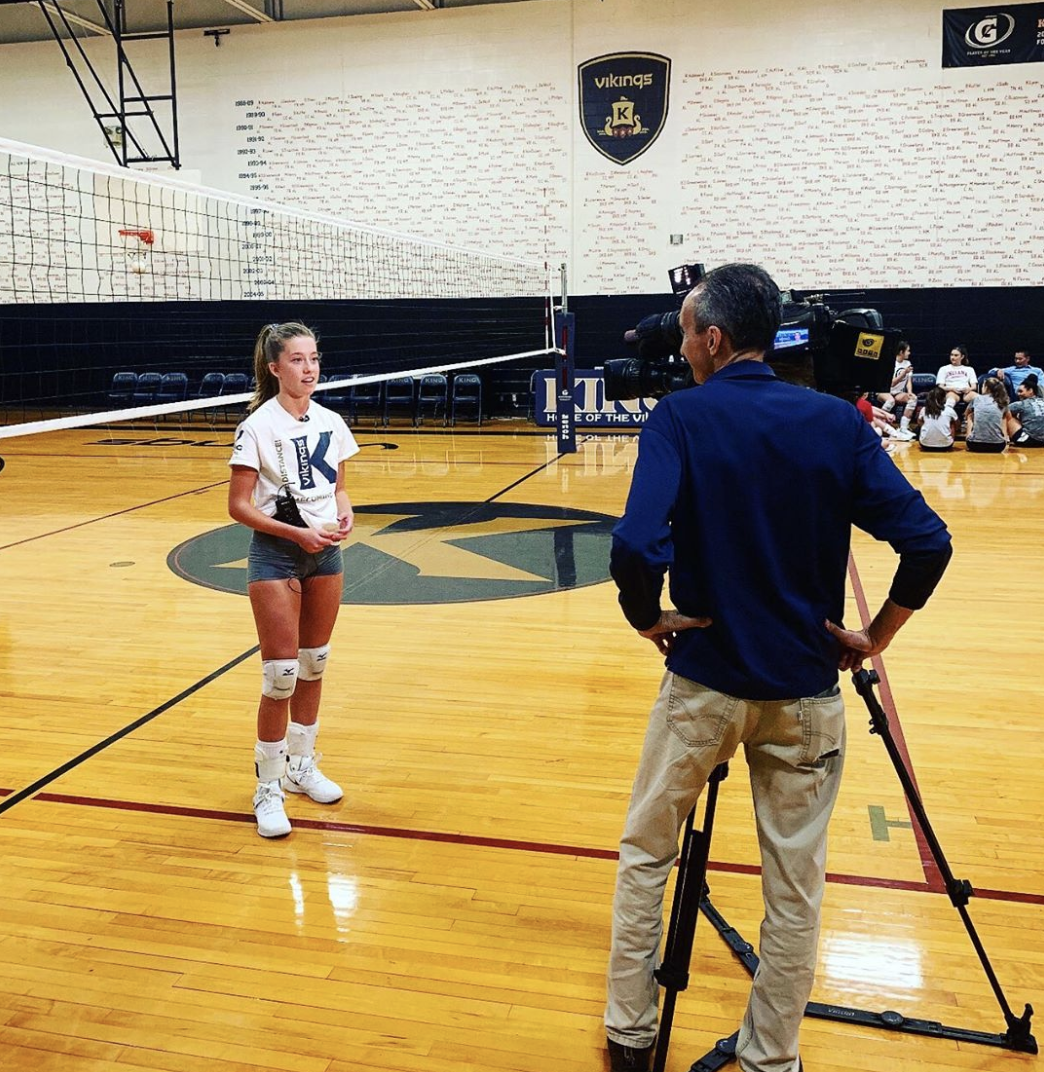 It has been a busy past ten days for the King Family heading into Homecoming Weekend in North Stamford. A week after fraternal twin brother, Thomas King, was named Scholar Athlete of the Week by News12CT, Vikings Senior Catherine (Cat) King shared in the honors this week as the Volleyball and Tennis team captain has been selected as News12CT, Scholar Athlete of the Week.

"One good thing about King Volleyball is every time we play the gym is packed. Every time I step on the floor I try to play for my coach and my teammates," said Cat King, who helped the Vikings capture four straight NEPSAC (Class C) Volleyball Championships and is one of four Seniors on this year's team.

Along with serving as team captain for King Volleyball, Cat is also team captain for Varsity Girls Tennis and displays tremendous leadership as a two-sport student-athlete for the Vikings, regardless which court she stars on.

“For King athletes, it's about the importance of team culture. We have built a culture that values hard work, inclusion, commitment, and accountability. These are things that we talk about in practice every day and are the things that come through during our matches," King said about emerging as a leader for King Volleyball. 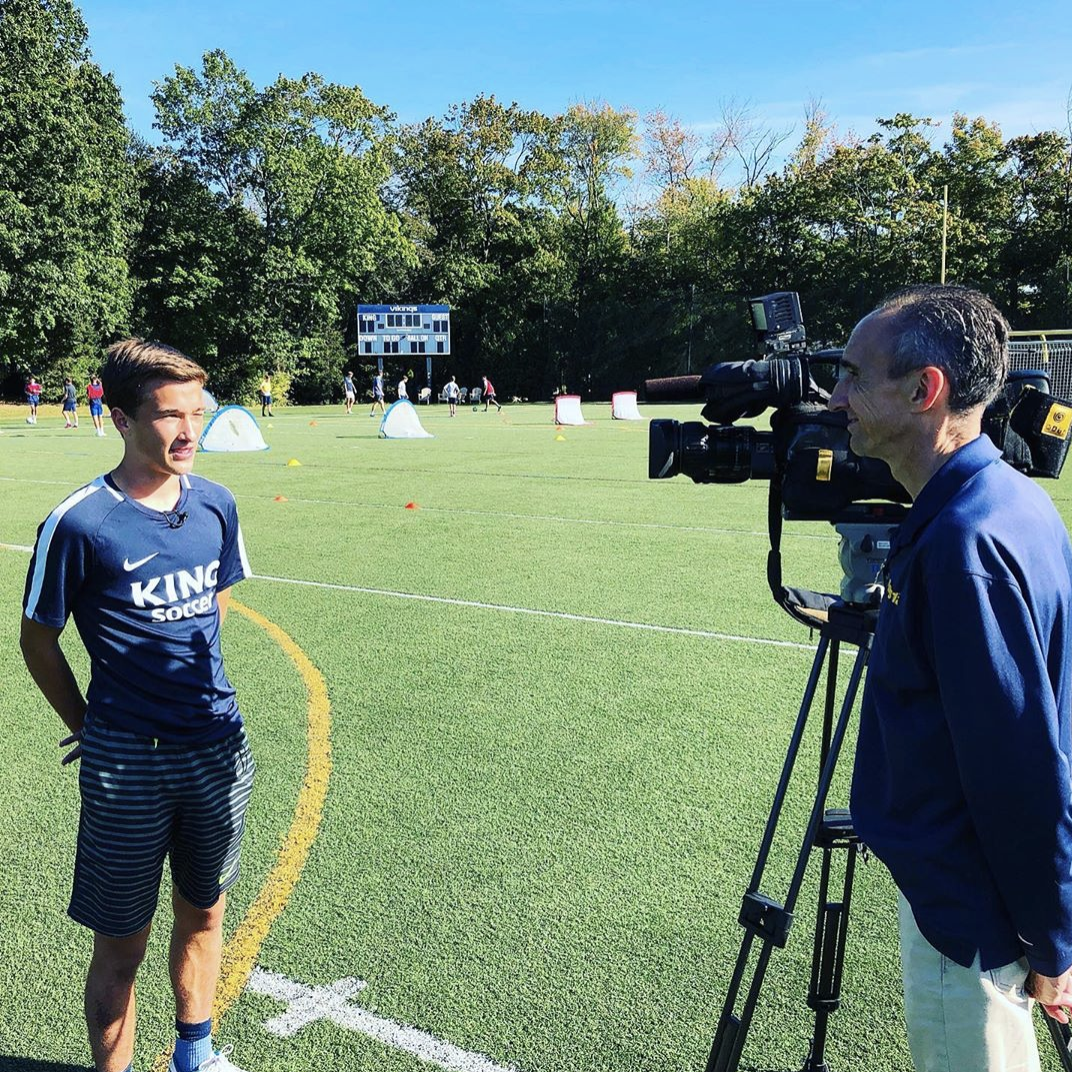 “TK” earned News12CT Scholar Athlete of the Week honors last week after helping lead King Boys Soccer to a strong start to their Fall season including a recent 2-1 win in FAA competition against St. Luke’s. The Vikings team captain is also highly active in giving back with the annual King Cares 5K (taking place on Sunday at Homecoming Weekend) and with the Orphaned Starfish Foundation, with TK taking part in multiple service trips to an OSF orphanage in Colombia to help teach and grow the game of soccer.

“All of the kids appreciate it so much. You realize they are just like us and love the sport. We get to play soccer with them basically all day,” said Thomas, who attended the Orphaned Starfish Foundation Gala last weekend in New York City with members from both the Boys and Girls Soccer teams.

Thanks to his impact on the field, in the classroom, and in the community, King was featured in the September-October issue of New Canaan (Darien, Rowayton) Magazine as a top teen who is making history as a future leader. Thomas earned Connecticut All-State recognition, along with various FAA and NEPSAC honors, after last season and plans to play soccer in college next year (the schools he is considering include University of Pennsylvania and Vanderbilt). In the meantime, TK and King Boys Soccer get back to work on Saturday when the Vikings host Greens Farms Academy (1:30 p.m.) on the King turf for Homecoming.