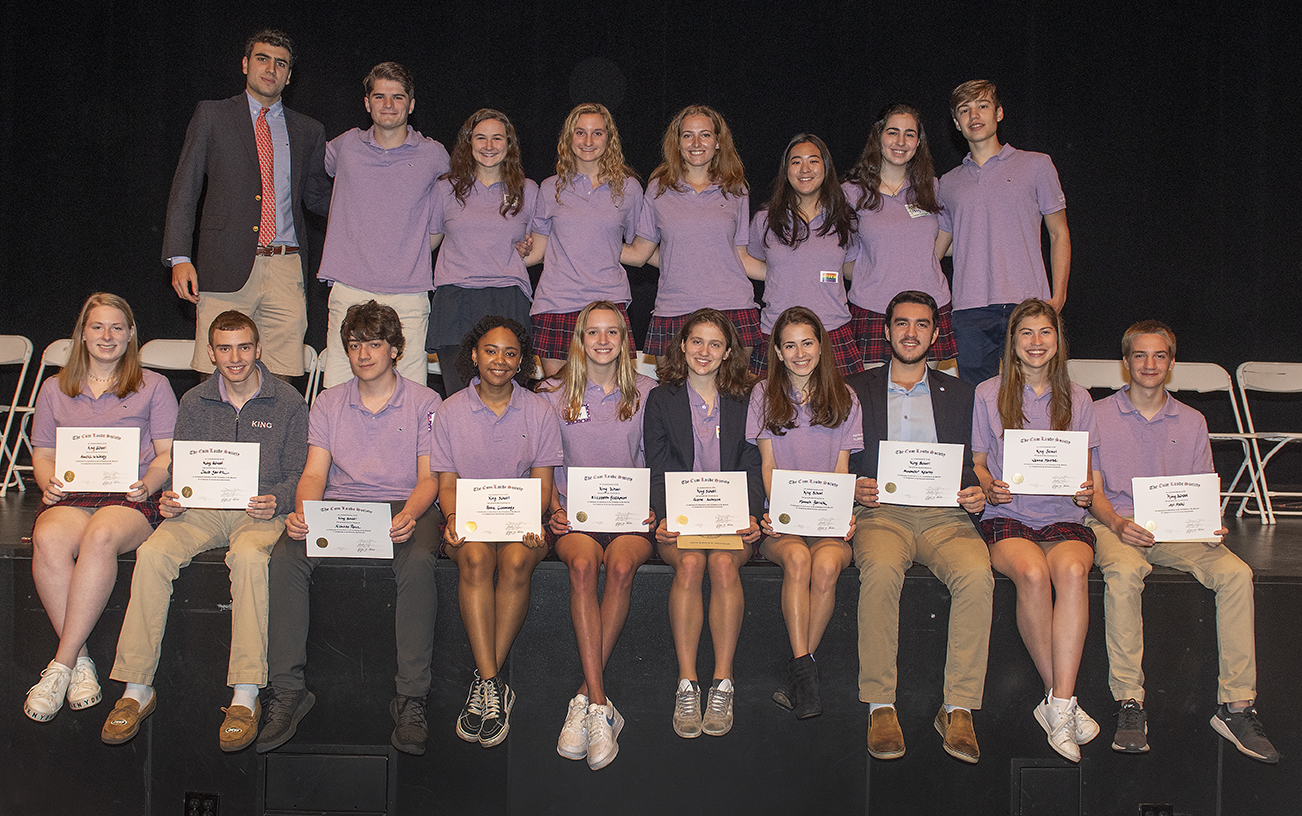 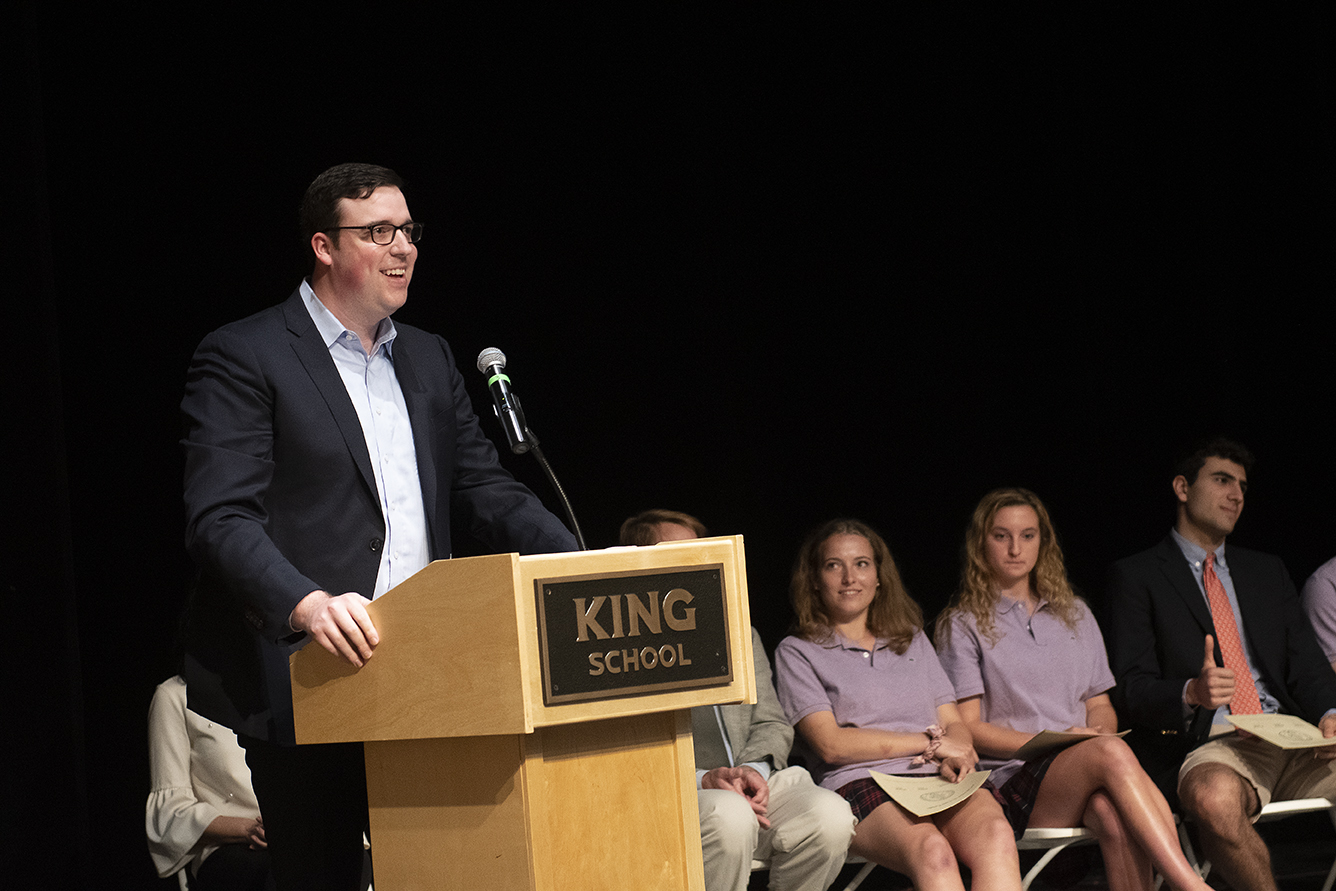 "It is worthwhile to reflect for a moment on the qualifications and merits of those to be honored today as well as those who were honored last year. They are students for whom the pursuit of learning for its own sake is its own reward. They are students who accept new challenges with zeal and who work diligently to realize their goals. They are self-disciplined and have a powerful work ethic honed over the years that allows them to tackle each new project and maintain a consistently high level of achievement. They are students who will take the extra time to meet with teachers and work both independently and collaboratively with peers to realize success. These students have chosen rigorous academic programs and have met the requirements of all those courses of study and have often exceeded them. It is their sustained excellence over the entire course of their high school careers that marks them as worthy of consideration, although that is not to say that they have not grown emotionally and intellectually during the journey.

This journey was not however undertaken alone. They have been helped along the way by caring, engaged parents and benefited from the expectations and support of our faculty. Likewise, many of them have benefited through the sharing of ideas that takes place amongst peers during class discussions and through working collaboratively. The sharing of ideas, presentations, and defense of positions, the construction of compelling arguments, and the posing of provocative questions are all means through which students create intellectually stimulating environments for one another and further one another's learning. This engaged participation is also at the root of what makes King a respected institution.

In sum, this assembly is about academic achievement and individual intellectual success combined with commendable traits of character. Yet it also the honors the environment and process of learning at King of which all here today are a part. It is this desire to learn simply to know that is manifested by those honored today as well as by many others who may be deserving of honors themselves and may realize them in other ways and means.

To quote Albert Einstein; 'Wisdom is not a product simply of schooling but of the lifelong attempt to acquire it.'

Steven adds, "My story, including three critical moments the night before my junior year at King, walking around in midtown during a blizzard at 5am, and getting fired from my role as an equities trader, demonstrates that most of the time we make assumptions about the path that we want to pursue that end up being inconsistent with the experience of actually walking that path. I find tremendous fulfillment as a private tutor working with students in high school and college, and I was only able to get to where I am because of the skills I learned and character I developed at King as well as the failures I experienced in the pursuit of my own vision that pushed me towards a more meaningful, purposeful, and existentially satisfying life."

Congratulations to our new inductees from the Class of 2019:

Class of 2019 inductees from last year include: