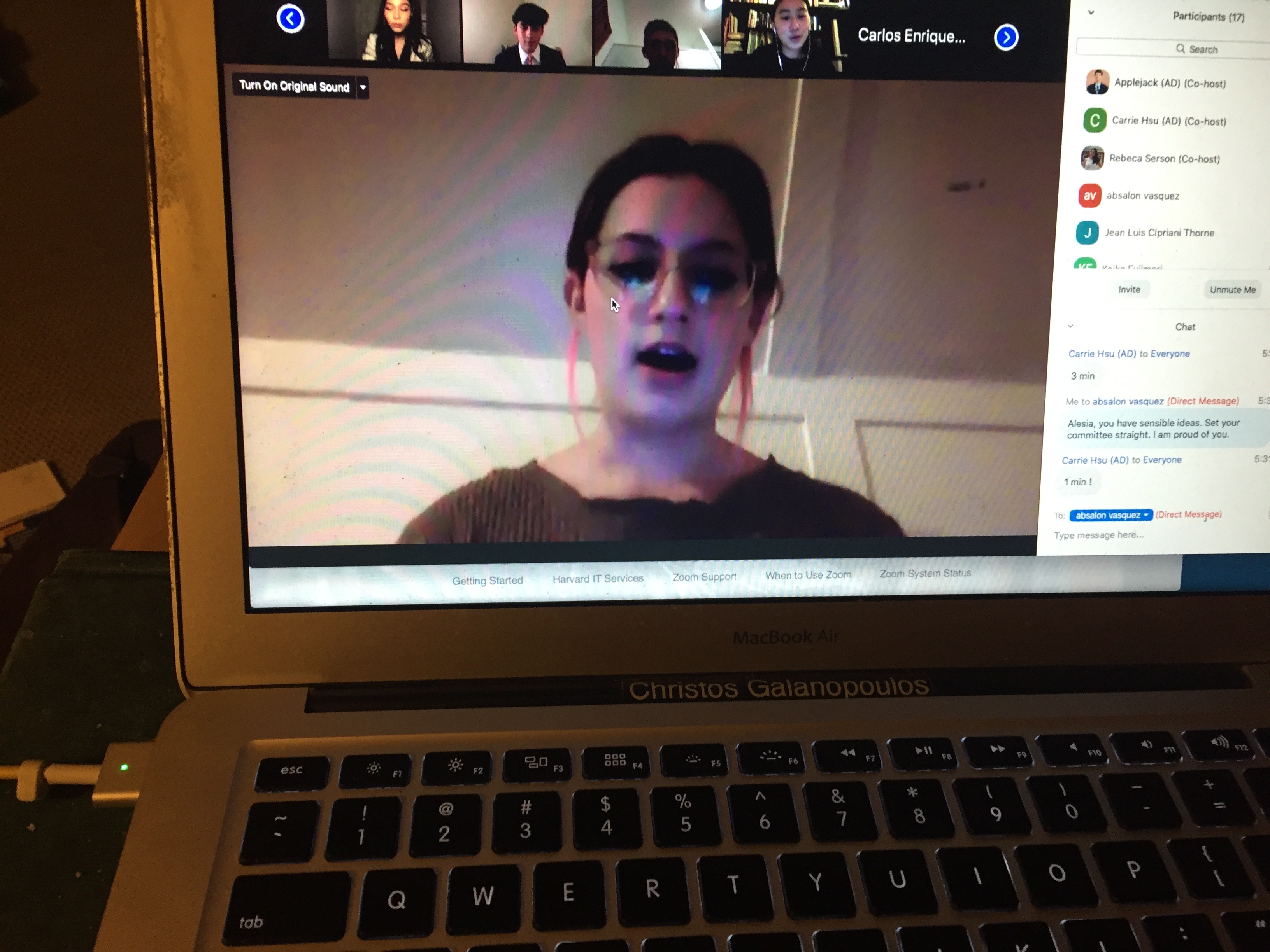 From fracking and genome sequencing to military intervention in transnational conflicts, King students practiced the art of debate during Harvard University's annual simulation of the United Nations. The King School Model UN delegation participated in the virtual event which took place between January 28 through January 31.

"Although this conference year was undoubtedly an unconventional one, our club remained focused and engaged in our virtual King, New Canaan, Brown, and Harvard meetings," said Ava Bussan '21, head delegate and MUN Club co-president as she praised her classmates' accomplishments this year. "We were very pleased with the performance of our members and we appreciated their commitment throughout this challenging year," Ava said.

"Even with the difficulties that virtual meetings present, the Harvard MUN conference was a thoroughly enjoyable experience, complete with the beautiful tension and excitement that any other conference would bring," Billy Bernfeld '22, who attended all the virtual conferences this year, added. "With challenge upon challenge to face in ensuring that it worked properly, the team that put together this conference did an amazing job in making it coherent, effective, and enjoyable," Billy said.

The committees analyzed a wide range of challenging problems, including:

— The role of multinational corporations in sustainable development.

— Expansion of access to early education around the globe.

— The legality of commercial sex trafficing.

— Historical crisis simulation of the notorious Fujimori cabinet in Peru.

"The range of committees and topics gave students the chance to research crucial issues as they prepared to negotiate with other delegates," added Mr. Galanopoulos.