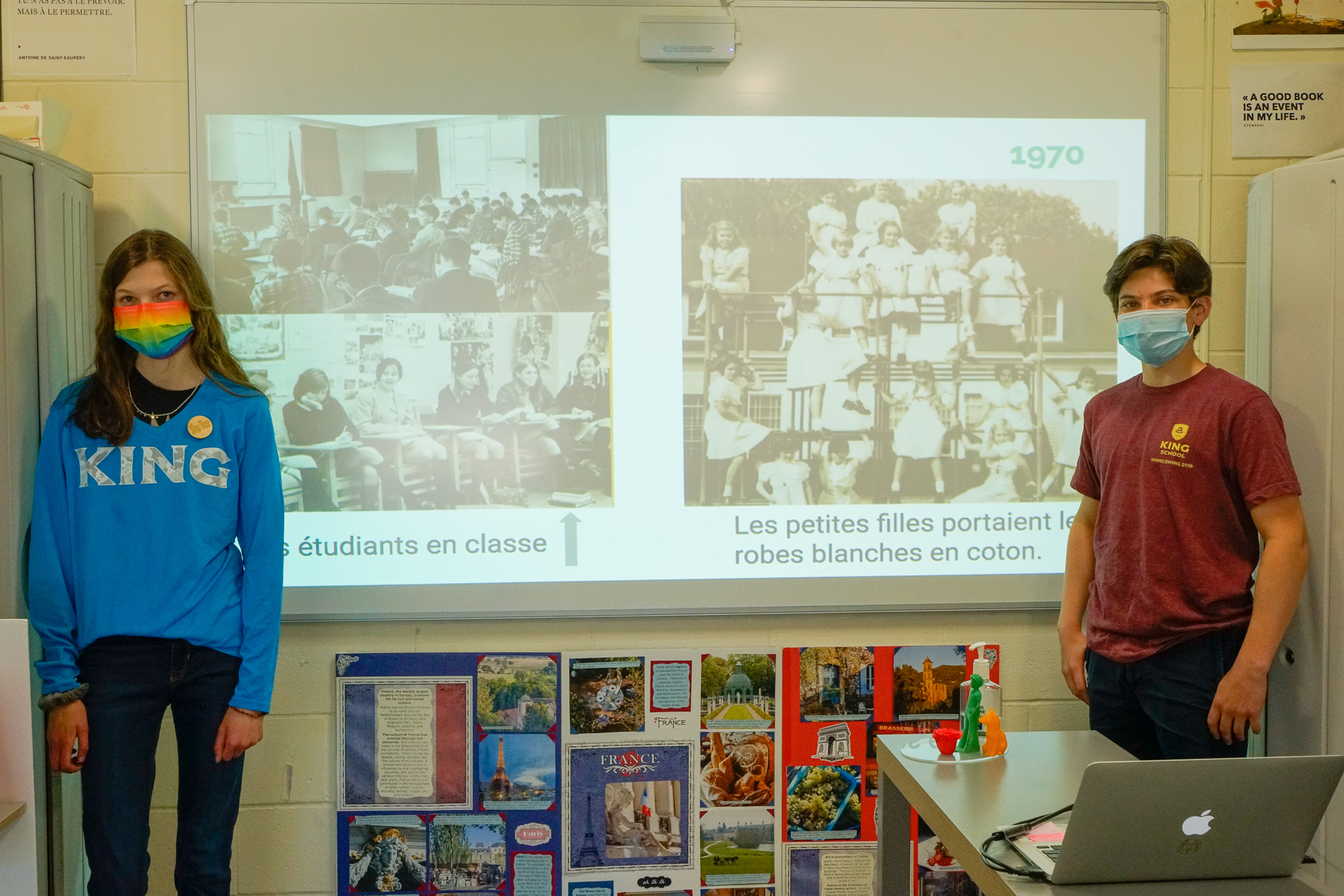 Antonia Kolb ’24 and Max Wachter ’24 uncovered some glaring differences and similarities in the King uniform as it has evolved throughout history. While studying fashion in their French Honors class, the two students put together a presentation that relied on past yearbooks and the King School history book “150 Years of Educational Excellence” to research how the past uniforms compare with the uniforms of today. 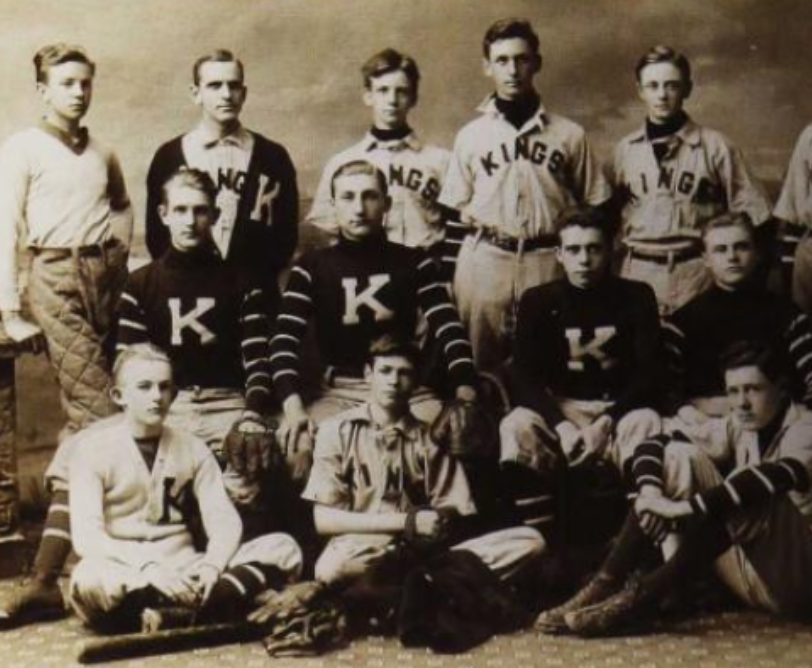 “We found it really interesting that the sports teams used to be called the Kings, instead of the Vikings, but still, the big letter ‘K’ remained for the logo,” said Max about his research. Antonia added, “In different editions of the King logo, the same ‘K’ is still present. So, it’s really an homage to the 1920s.”

In their presentation, the students also compared prom fashion using group photos from the prom of 2019 and the prom of 1960, which was Parisian-themed. World languages teacher Denise Mihailoff noted that style has certainly changed over the decades. “We discovered that the dresses and the hair were shorter for the girls compared to in modern times. In the 1960s, Coco Chanel was promoting dresses that were shorter and more comfortable for women. We gathered that the influence that French fashion had on the world at the time probably also influenced the fashion choices made by the seniors for that year.”

The presentation was given entirely in French and provided many photo comparisons of uniforms over the years. Select yearbooks are available to view on King’s Website dating back to 1970.