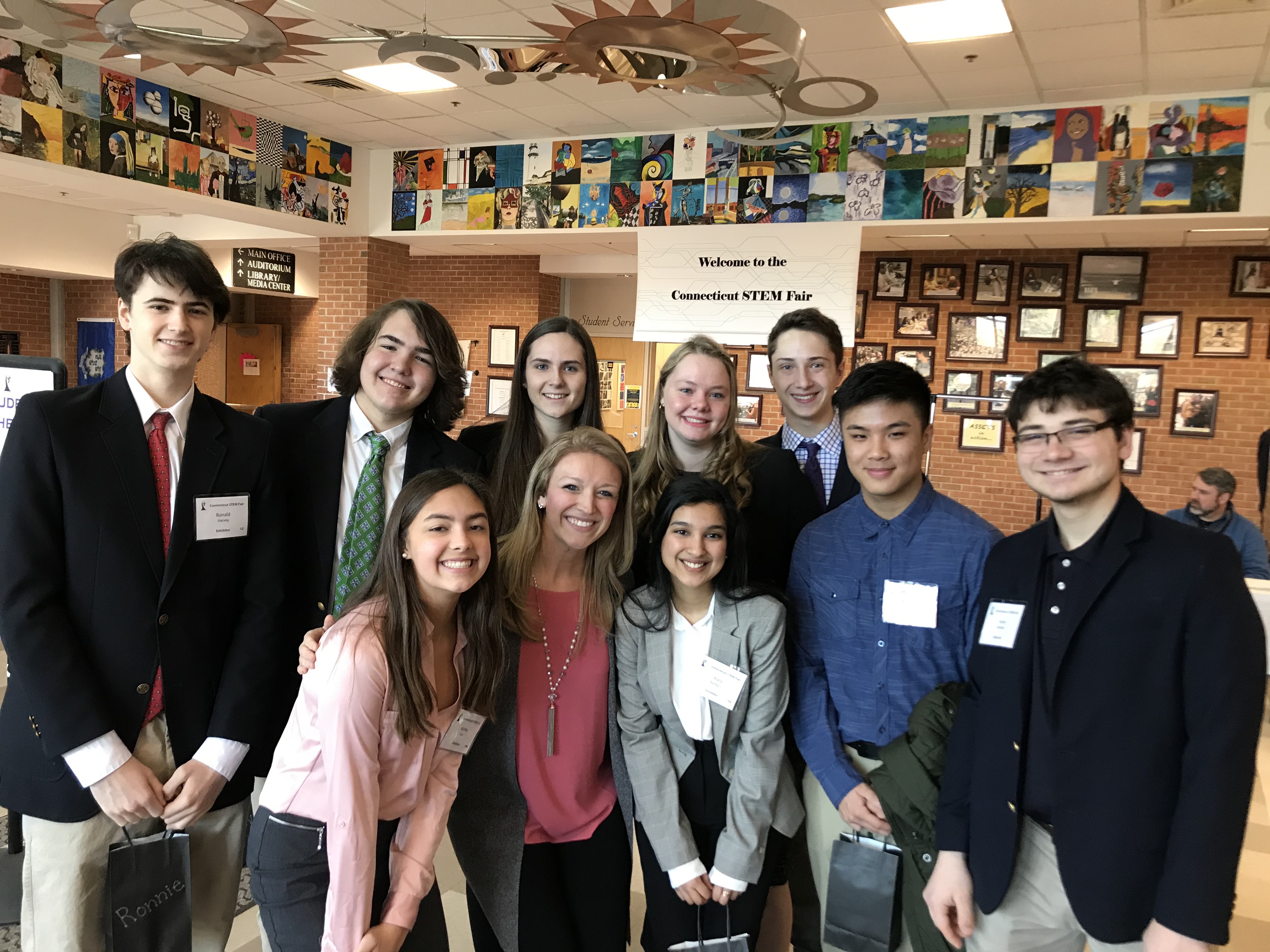 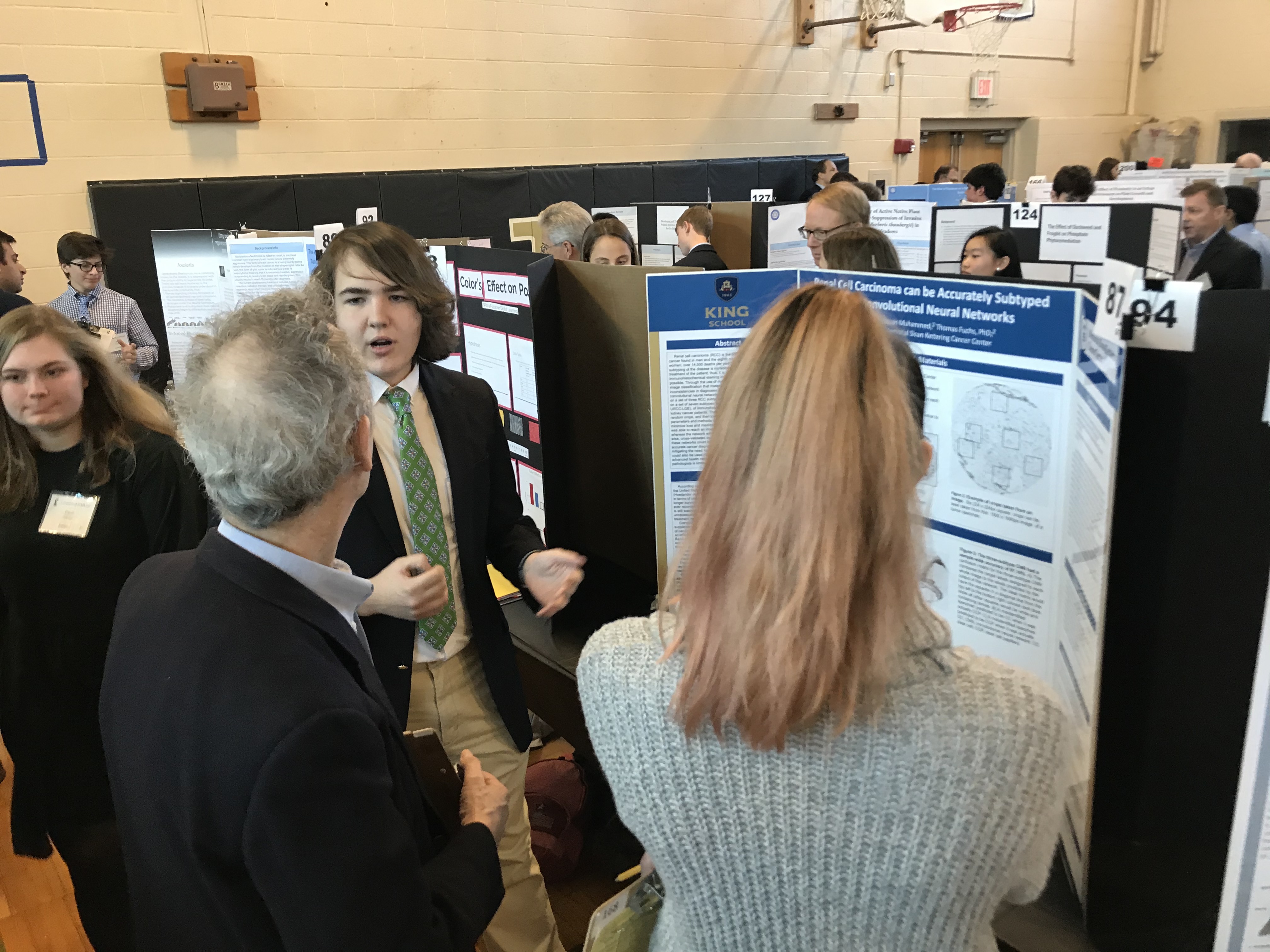 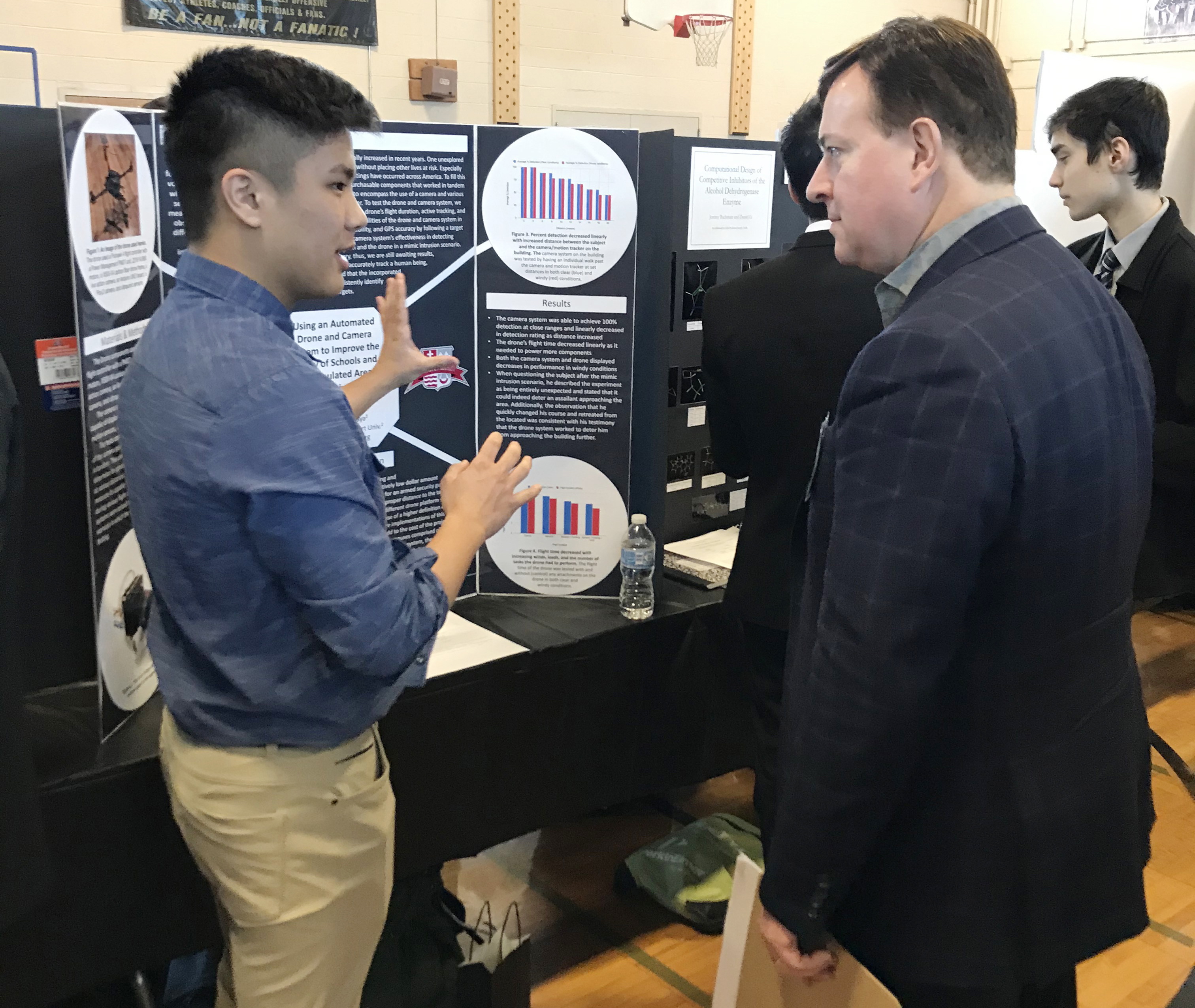 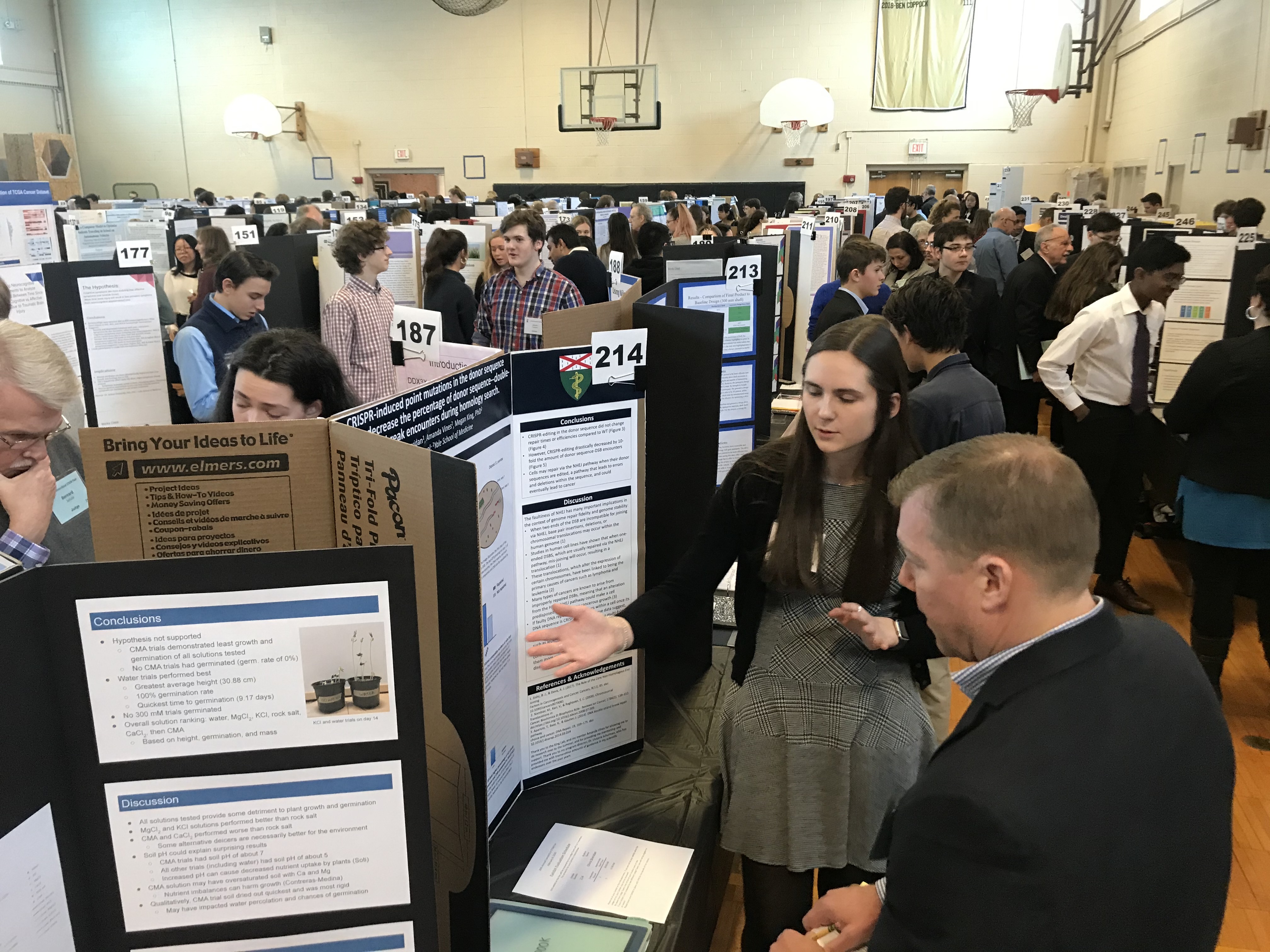 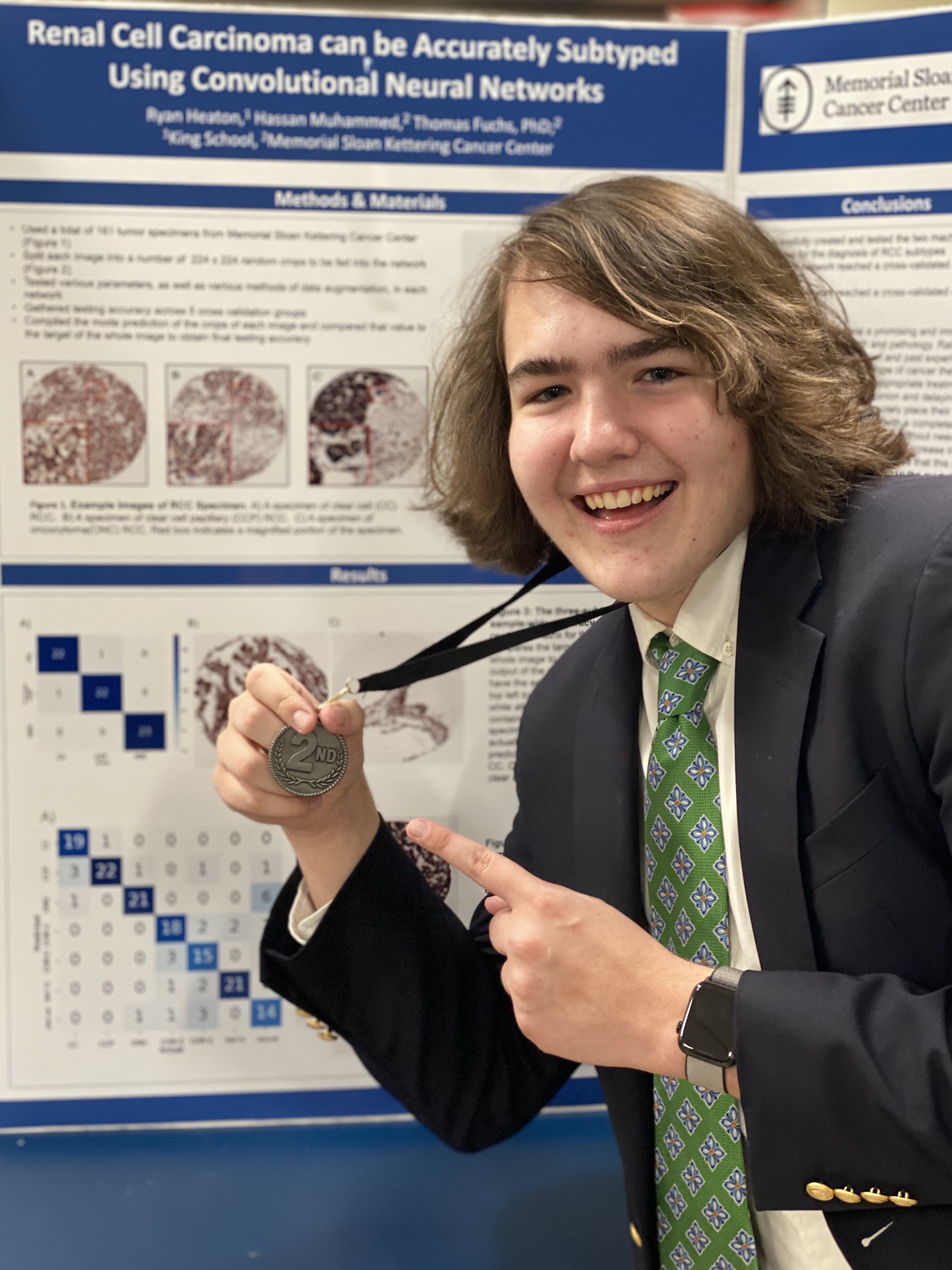 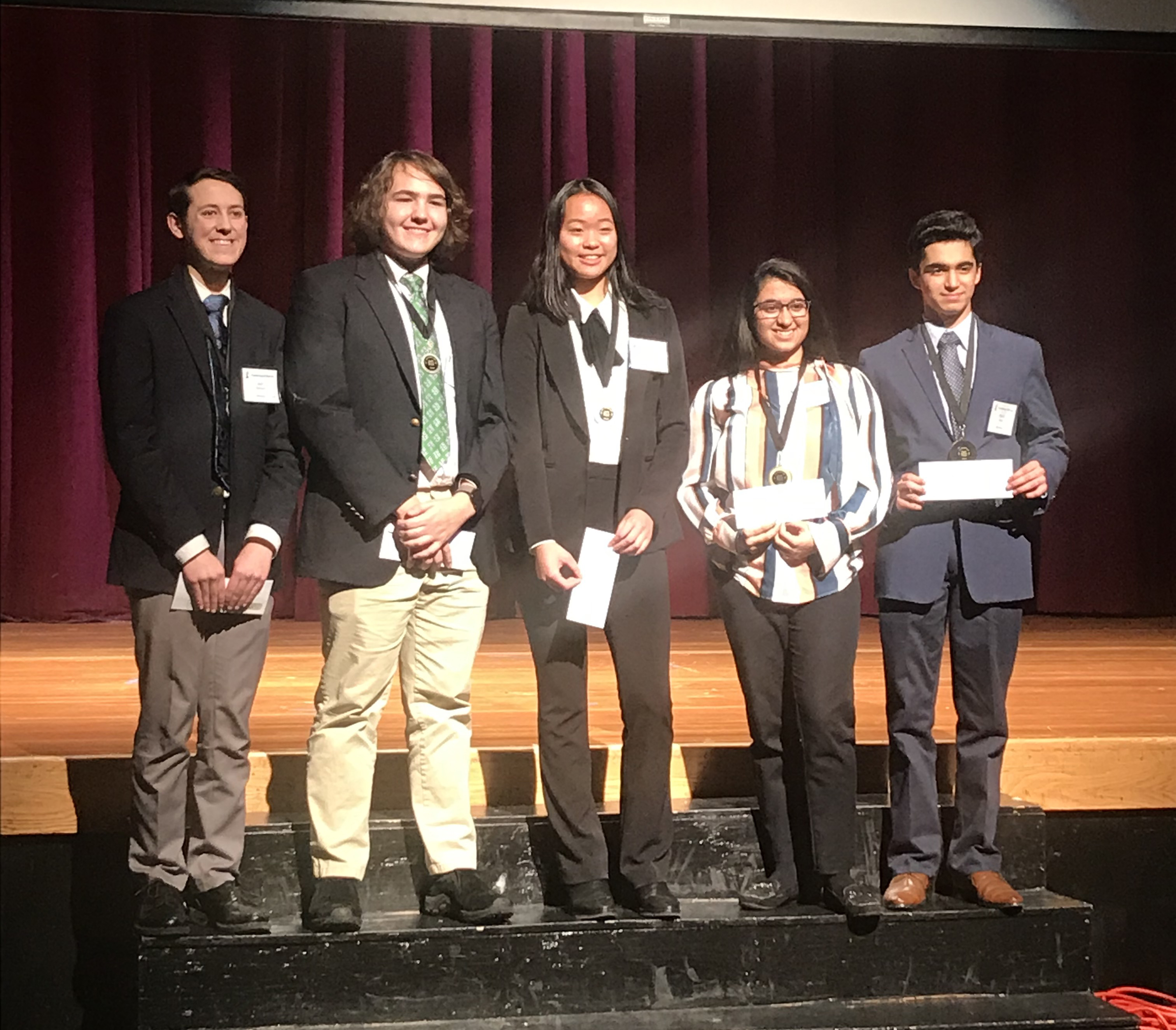 In early February, the Advanced Science Program for Independent Research and Engineering (ASPIRE) students competed in the 2020 Connecticut State STEM Fair (CT STEM Fair). Along with the Director of Science Research, Dr. Victoria Schulman, and the Science Department Chair, Dr. Tom Castonguay, they traveled to Joel Barlow High School in Redding, CT where they competed against 254 Grade 9-12 students from high schools across the state, with the largest representation from Fairfield and New Haven Counties – the two most competitive counties in the state. Students competed for statewide recognition and scholarship funds.

Ryan Heaton '21 earned second place and $225 in scholarship money in the Health & Medical category for his Computer Science-based cancer research project for which he wrote code and taught a computer to discern detailed differences between subtypes of renal cell carcinoma (kidney cancer). With this machine learning-based computational pathology approach, Ryan's algorithm/network was able to successfully diagnose renal cell carcinoma subtypes with 97% accuracy, eliminating the all-too-common need for a "second opinion." Worth noting, his development also makes excellent health care diagnoses accessible to those who live in low-income areas where skilled pathologists are scarce.

Alex Lim '21 was chosen as a finalist for the Office of Naval Research (ONR) Specialty Award for his drone-based automated security system for schools and other brick-and-mortar establishments that will deter armed assailants without putting the human life of a security guard in harm's way. Alex competed in the Proposal category, as his drone prototype and integrated camera system is still under construction, but his impressive progress and the promise of his idea could save the lives of many once it is complete. His ultimate goal is to reduce the number of school shootings to improve student safety and reduce anxiety in his peers.

This event marked King School's first ever appearance at a statewide science competition. "The competition was fierce and I was so proud of all the King students and the breakthrough work they've accomplished. I can't wait to see what the future holds for these students." Dr. Schulman remarks.  Adding to this, Ryan Heaton reflected on his second-place podium finish in the most competitive category of Health & Medicine, "A win for any of us is really a win for all of us as we work together to lay the foundation for this awesome program."

Next up for the ASPIRE students is the Connecticut Science and Engineering Fair (CSEF) to be held on March 9-14, 2020 at Quinnipiac University in Hamden, CT. There, ASPIRE students Sammy Hillenmeyer '21 and Joe Winterlich '21 will join their classmates as they compete against approximately 600+ students from across the state and vie for the opportunity to represent the State of Connecticut at the International Science and Engineering Fair (ISEF). We wish them the best of luck!

The ASPIRE program is supported by the Advanced Mathematics and Science Study Program endowed fund established in 2018 by Margharet, Frank, Bea '15, and William '17 Nash to support select students with demonstrated ability and interest in achieving true excellence within science, technology, engineering and/or mathematics in global competition preparation, and/or laboratory research experiences. If you are interested in further supporting this opportunity for students, please contact the development office to discuss how your gift can help.