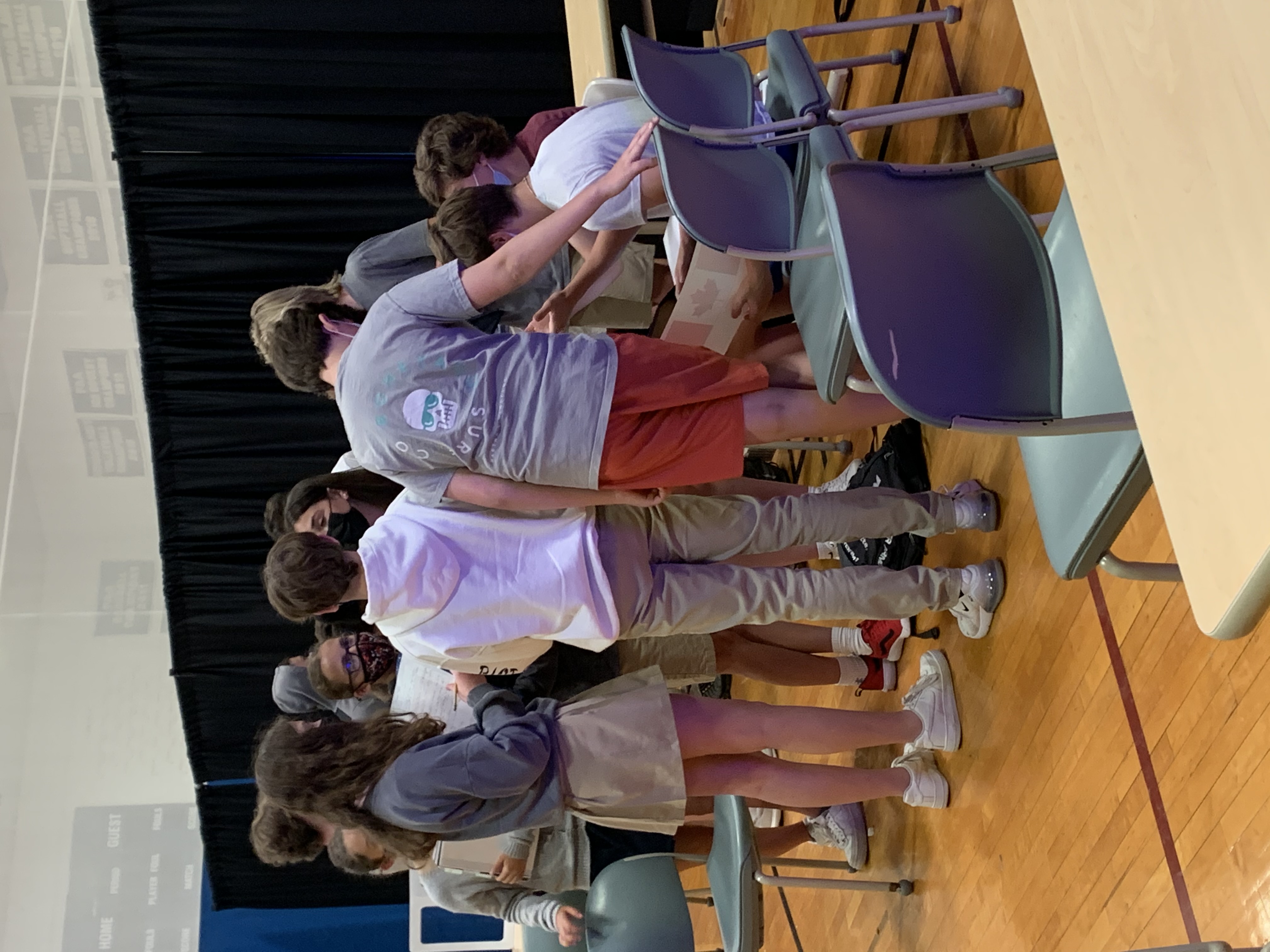 Grade 8 students at King School role-played as delegates to a United Nations Committee and debated global issues with one another as part of a Model UN simulation in their History class. Under the guidance of Middle School faculty Kenneth Lewis, the activity marked the end of a yearlong study of American foreign policy and the role that the United States plays in the world today.

"The objective of the Model UN simulation is to get students to understand major global issues and how we can help fix these issues. What I learned from this conference is that to make a great resolution, you have to collaborate with other countries and listen to their opinions, even if you may disagree," said King student Devon Loehnis '25 who participated in the simulation.

For nine weeks, each of Mr. Lewis' five classes explored the proposed issue: how to get students to return to school during the COVID-19 Pandemic. After serious collaboration and debate, involving both arguments and disagreements, all classes reached fair resolutions passed by the mock UN committee. "I felt that I was responsible for pushing forward the agenda of a nation, which caused me to become far more educated about that country," said Charlie Iverson '25, who role-played as a delegate on the committee.

The students were assigned to one of several countries that participate in UNESCO (United Nations Educational, Scientific, and Cultural Organization), a United Nations committee. They prepared for the exercise by researching the people, culture, geography, economy, and political structure of the country they were assigned to represent. They then wrote a position paper that focused on the proposed issue from the perspective of their country.

In a final meeting, they gathered together at a round table conference to collaborate on a "resolution," which is a term used by the United Nations when referring to an agreement on an issue. "The Model UN project focuses on the development of research, public speaking, debating, and writing skills, as well as promoting critical thinking, teamwork, and leadership abilities. During this activity, the students become experts on their country and come to represent its interests with passion and tenacity," said History Faculty Kenneth Lewis, who oversaw the simulation.

The project challenged King student Sydney Hauben '25 to see foreign policy from a different perspective. "I learned so much about the education crisis and how hard it can be to find solutions to it," she said. Grade 8 student Sophia Leng summed up the experience with a word of advice for next year's participants: "Try to speak up, because even if it feels weird at first, the more you speak, the more fun it is."