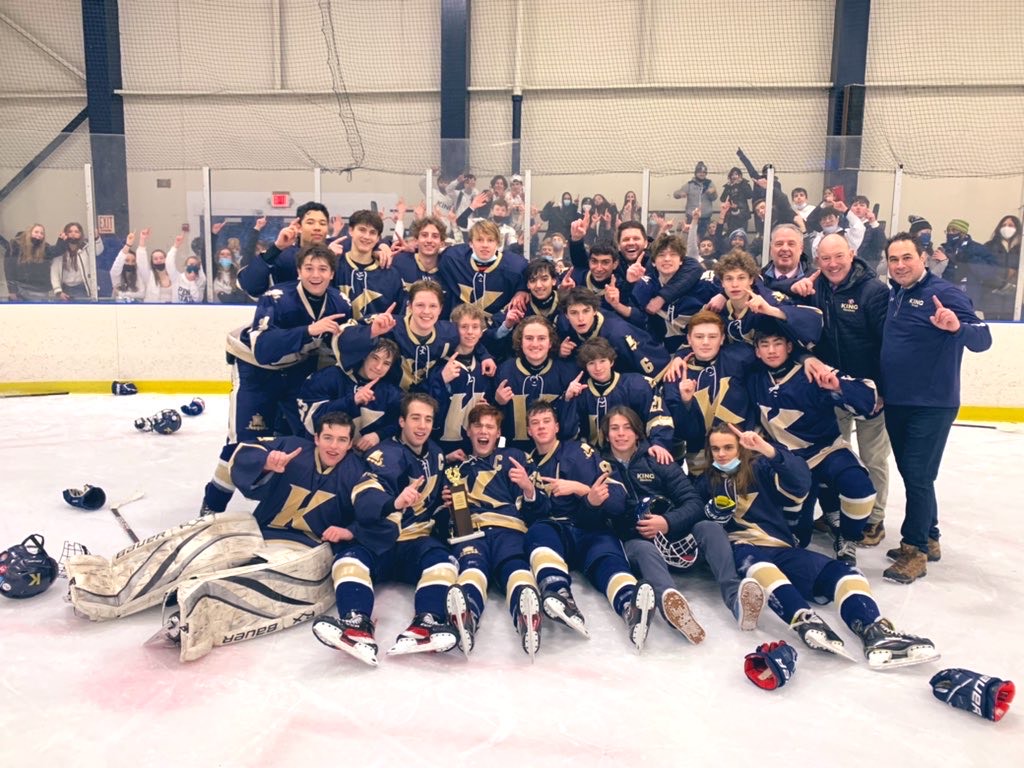 After an unforgettable Winter regular season that saw the Varsity Ice Hockey team lose just one league game, the Vikings saved their best game for last during the postseason by capturing the 2022 FAA Tournament Championship with a 4-3 overtime victory over St. Luke’s at Rye Country Day School.

Following earlier goals against the Storm by Ben Bradley, Mike Grbic, and Henry Feinstein, Bradley returned with the game-winning goal for King to secure the championship and cap a remarkable 2022 campaign for the Vikings.

“This is the first time I have ever won a championship with this team,” Sophomore Ben Bradley said following the game.

It was the perfect finish to a remarkable season that saw King win their first seven games of the season to set up their number one seed heading into the postseason. In the FAA Semi-Final, the Vikings used a hat trick from Henry Rattner and goals by Ryan Wempen and Jonathan Grbic to earn a 5-2 win against number four seed, Kingswood-Oxford.

“Since the first day of the season, our first practice, we could tell that we just had a special group,” King coach Guy Savage said.

“We didn’t know just how it was going to play out, with our age.There were some growing pains, but we were able to really come together.”

Along with game photos from the Finals on the King School Smug Mug page, re-live all of the excitement and action of the Vikings winning the FAA Tournament Championship!