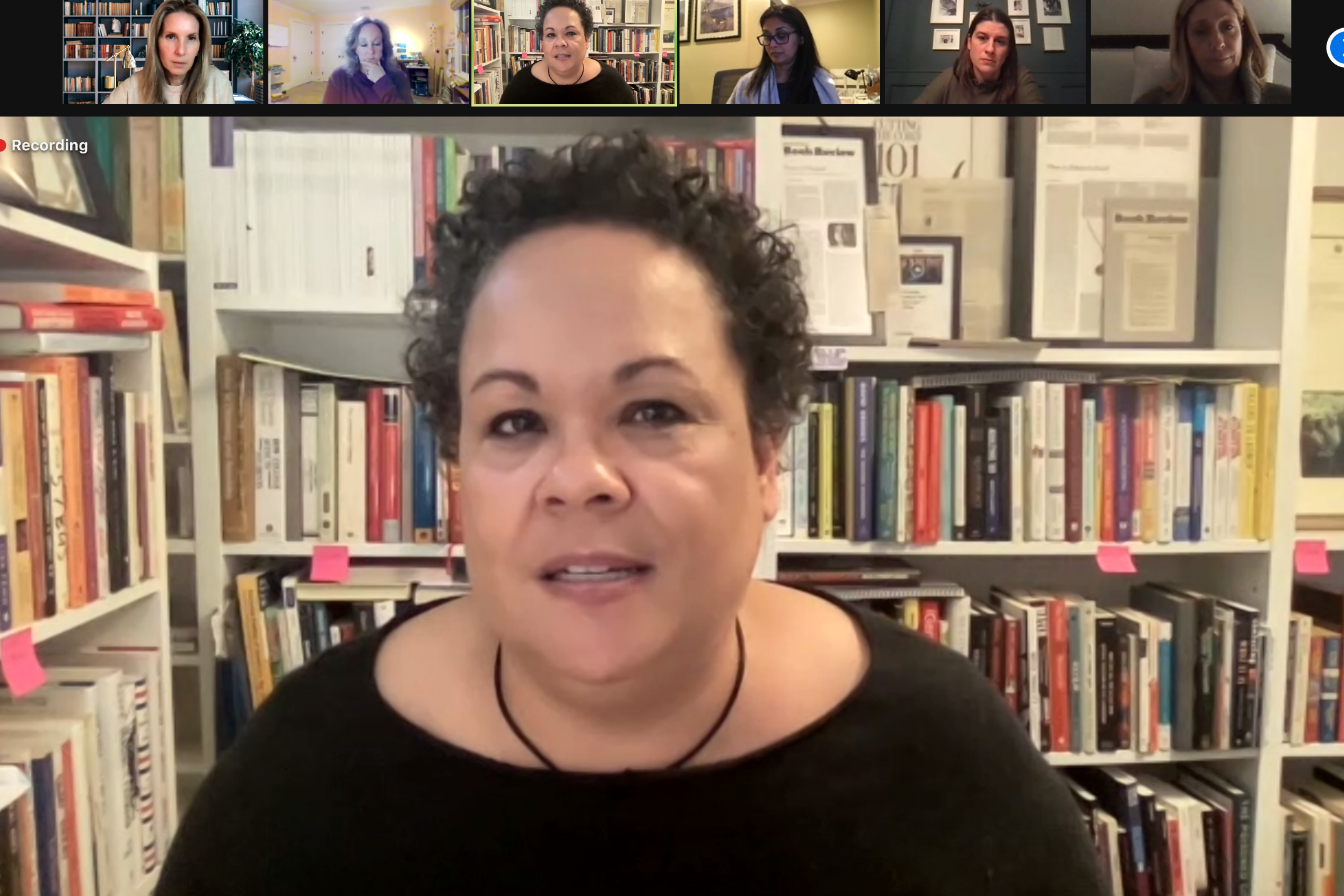 Author, speaker and activist Julie Lythcott-Haims engaged members of the King School community in a thought-provoking virtual conversation about race and identity that revolved around her memoir Real American. The book tells the author's journey of acceptance as a Black and biracial woman living in predominantly white communities.

The presentation, which took place on Thursday, January 28, was part of the 2021 King Reads Together series sponsored by the Parents' Association, in partnership with the Office of Diversity Equity and Inclusion at King.

Attendees described the event as "authentic, brave, and compelling."

"Thank you, Julie – for the fierce and vulnerable way you share your story, so that we all can. Your words brought me to tears because you've told my child's story too." – King Parent

"Julie's story highlighted the fact that Black women are often overlooked and underestimated yet are pivotal leaders and organizers in powerful social change movements that pave the way for a more equitable and just democracy. Finally, the power of these women is being recognized by having the highest voter turnout record and being represented in key positions of leadership across the country." – King Alumni (Jim Becker – "Too often we white men hide behind anonymity in these conversations.")

"Julie is one of those people you have the immense pleasure of meeting in life, knowing that her words will impact you forever. My most sincere hope is that King will grow as a result of learning from such individuals." – King Parent

"Julie's memoir was important, moving, and one that needs to be amplified. Her account clearly outlines the realities and, often, trauma resulting from implicit bias living in predominantly white institutions. It reminds us now more than ever that King must commit to growth and change in the way of allyship." – King Alumni

Julie's words in the Q&A force us to be brave – accepting that there is much work to be done in our efforts toward a truly inclusive environment at King.

"We are talking about treating humans with dignity and kindness. We're talking about ensuring that every child has the opportunity to learn, unfettered by other people's opinions or perspectives that demean them, or hold them back, or not see opportunity for them. Stop being so strong in your defiance and start being humble about the problem. Lead with love, respect, and humility – and watch how the school will thrive," said Lythcott-Haims in her closing remarks.