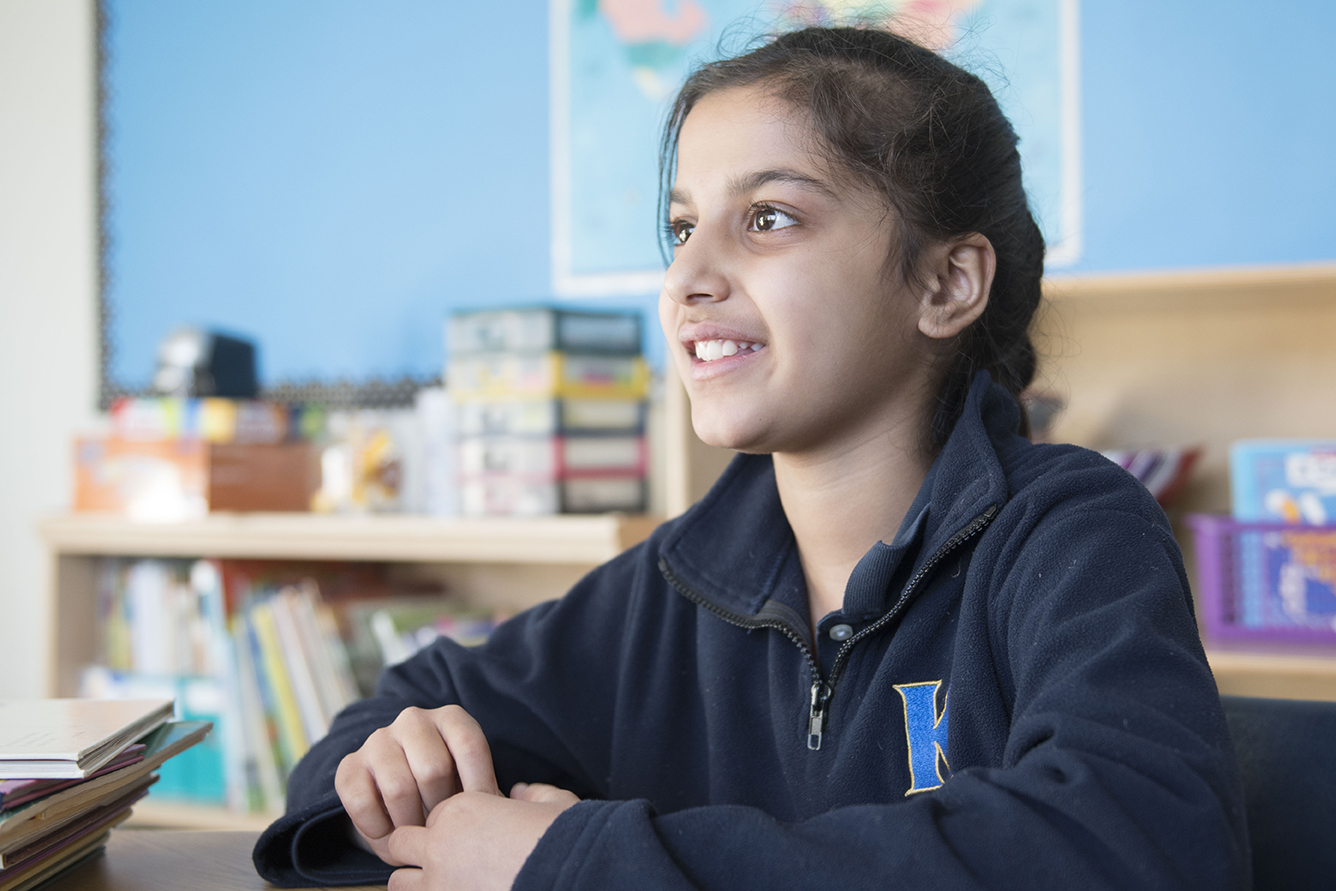 Priya Dohil and Junie B. Jones have a lot in common. "We are both funny, we both have a lot of friends, and we both go to really nice schools," Priya said of the similarities she shares with Junie B., the star character in the adventure series of the same name.

Priya is certain their friendship would make a really great movie. In fact, she has pretty much written the script, the result of a reading trick she learned from her Grade 3 teacher, Rebecca Pambianchi.

"Ms. Pambianchi taught me to read with my imagination making the story real, so in my head the story plays like a movie," Priya said. She is so appreciative of that trick that she has decided to be a teacher herself so she can teach other kids similar tricks too. She is already rehearsing for the teacher role.

Priya utilizes this method with her three siblings, who are all King students. The first stage of rehearsal is with her older brother, Jaipal, playing the teacher. Using the math lessons he is studying, he teaches Priya. "It is fun but it also helps me with my math work at school, so it is really great."

Because it was so beneficial, she decided to take on the role as teacher by bringing her knowledge to her younger twin sisters, Jiya and Kiran. "They are doing better in school because I can teach them everything I have learned and it is really helpful to them too."

The Readers and Writers workshop approach in the Lower School engages students with material that is of high interest and aligns with their personal goals. This approach has supported Priya's love of reading and she has developed into an avid and skilled reader and writer.

Reading additional books in the Junie B. Jones series, Priya continues to see the parallel between herself and the lead character. "We are laughing all the time while we are studying, so I know that I make people laugh like Junie makes me laugh, and that makes school so much more fun," she said. "Junie and I would be really good friends."