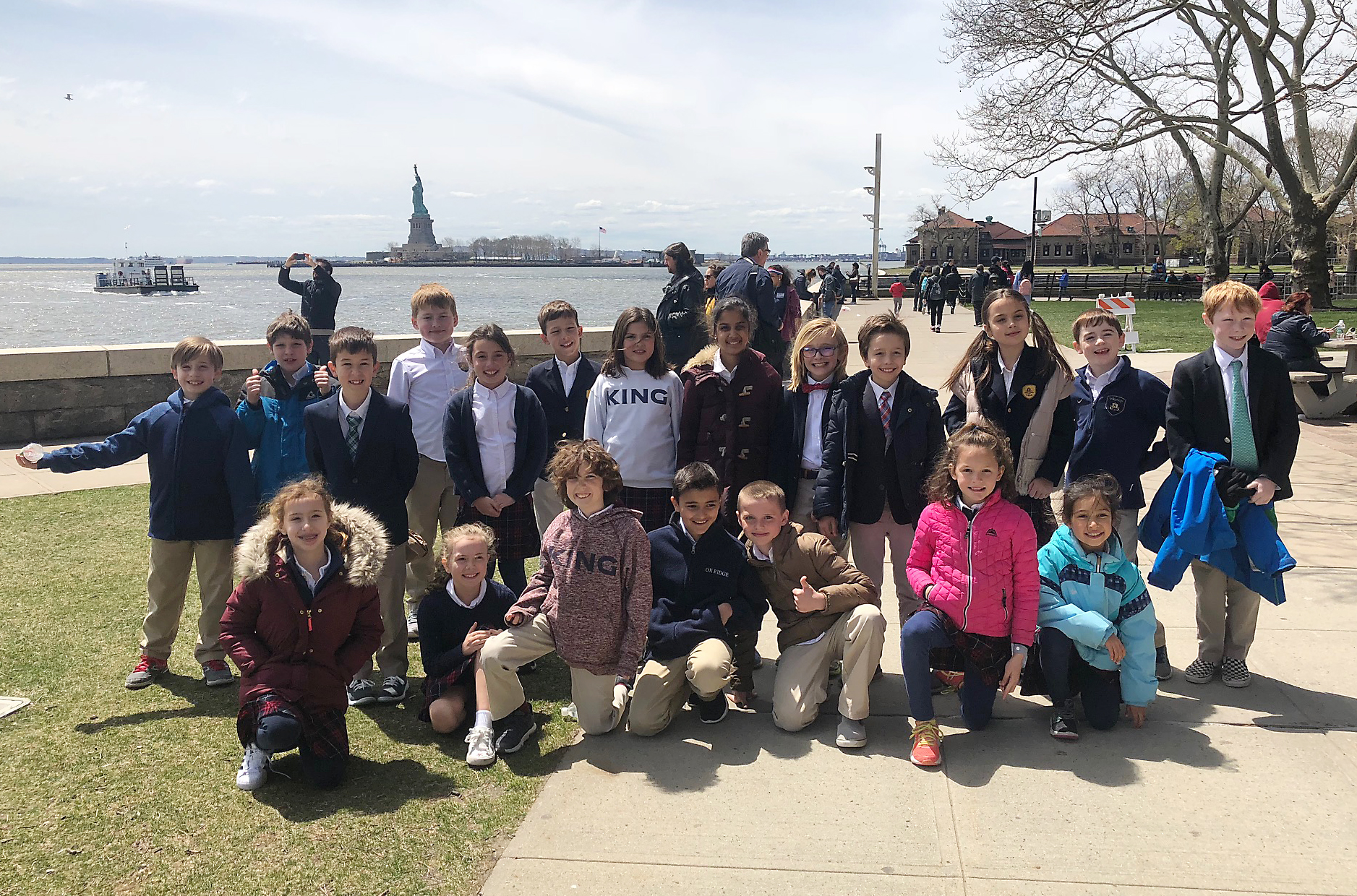 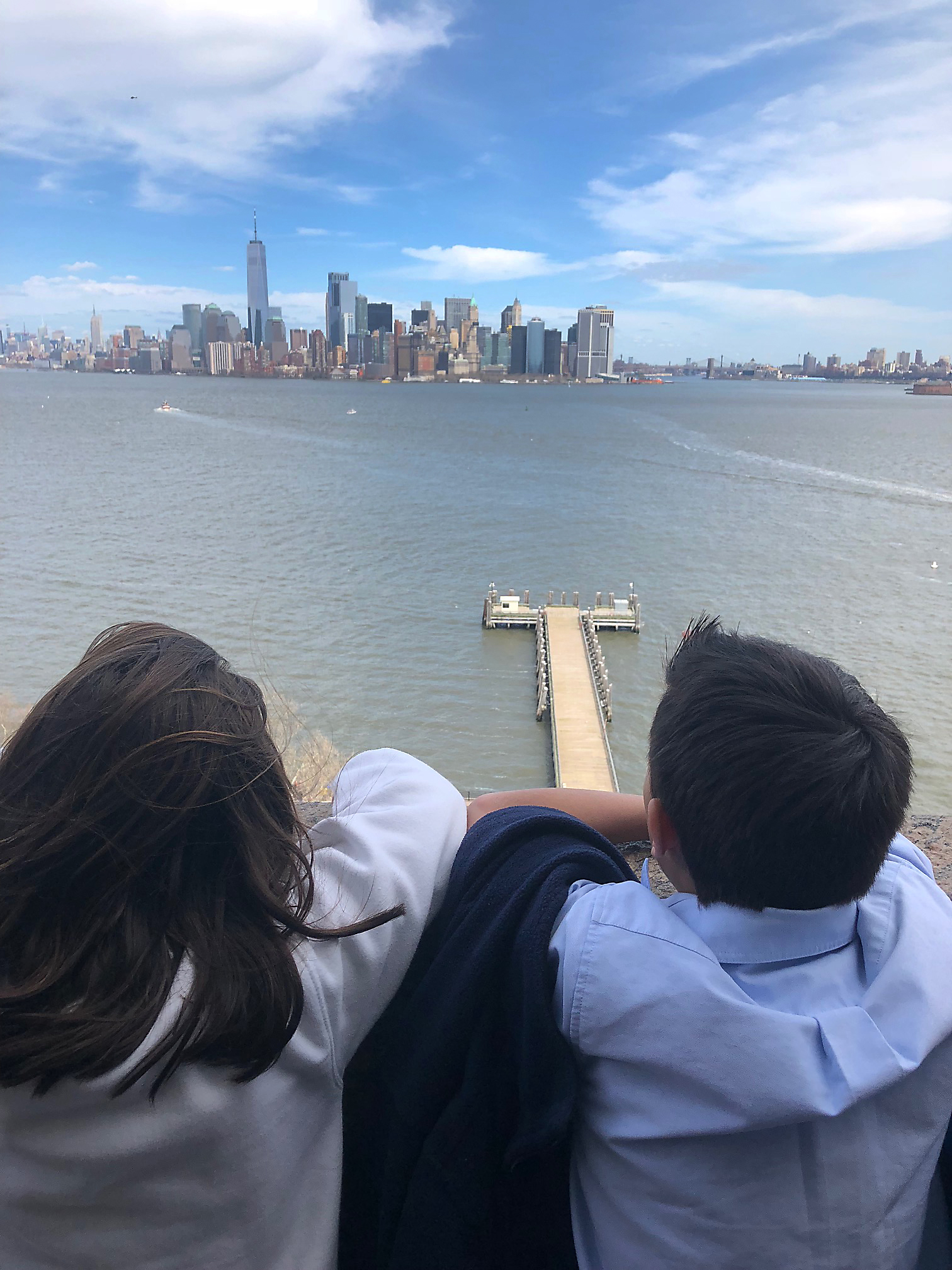 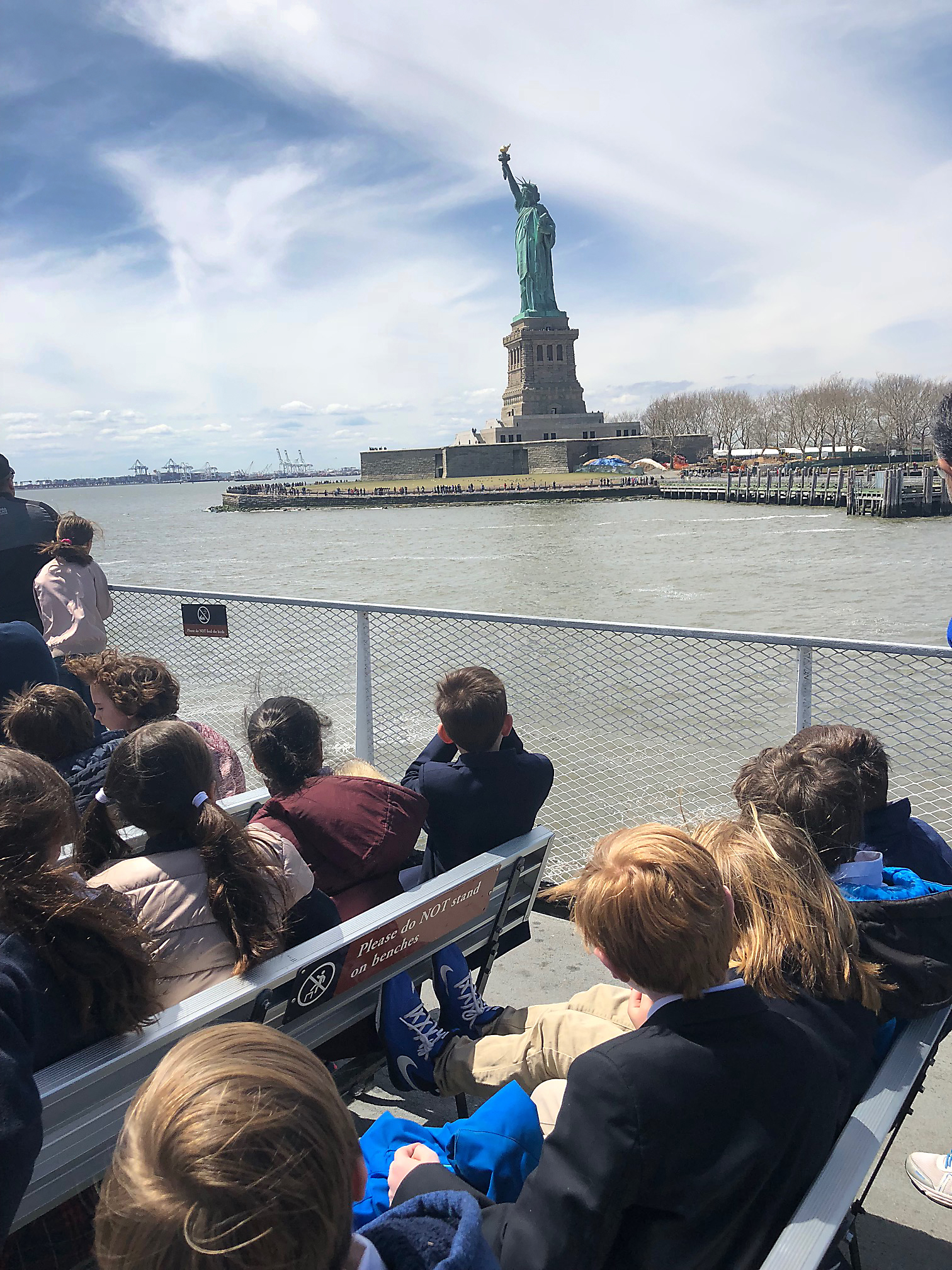 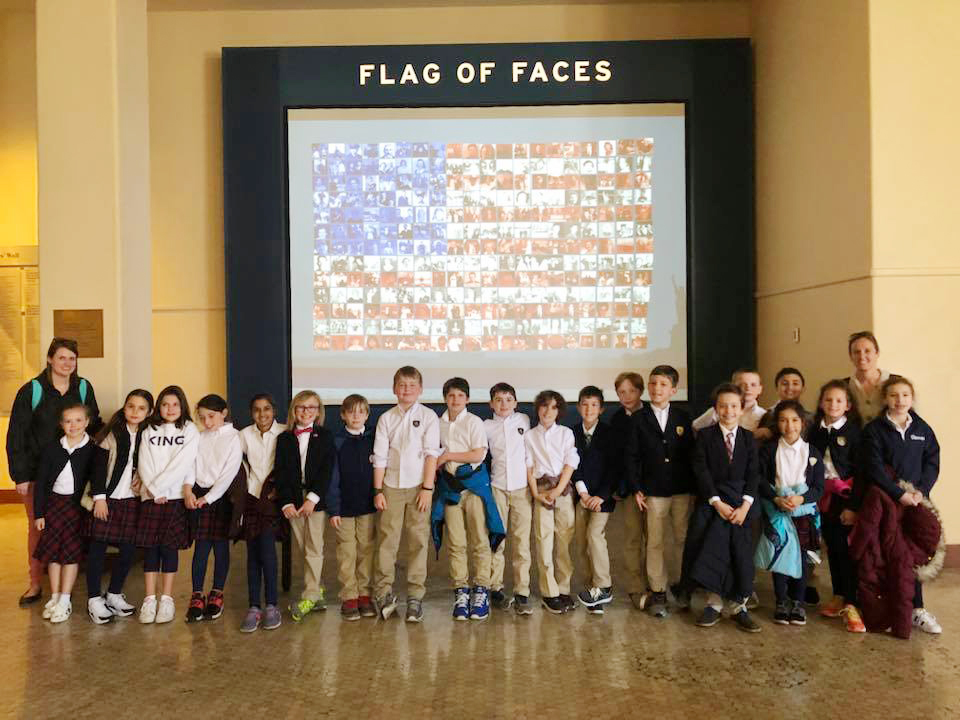 Grade 3 spent the day with Lady Liberty on Tuesday, April 24 with a visit to Ellis Island that culminated their year-long study on the city of Stamford and immigration. "Students began the year by studying the community around us, starting with King then expanding to Stamford and how it has evolved and changed over the years," said Grade 3 Teacher Rebecca Pambianchi. Ms. Pambianchi and fellow Grade 3 teacher, Jenny Bruno, took it a step further and introduced the topic of immigration and Ellis Island. Students completed family trees and were able to see where their families originated prior to the field trip.

Working across curriculums, the class read 'Her Right Foot' by Dave Eggers and learned about The Statue of Liberty. "They learned that her right foot is in mid-stride and her feet are in chains but they have broken which symbolizes her movement towards freedom," said Emily Decker, LS Library Media Specialist.

Ms. Bruno adds, "It was interesting to see which facts really resonated with the students: that Ellis Island was mostly man made and in order to accommodate all the immigrants they needed to make the island bigger. Also, that over 12 million immigrants came through from 1892 until 1954. Students learned about the staircase of separation: Right side you were traveling south, left side traveling north or to New York City, middle you were detained for various reasons." Students enjoyed the day tremendously and left with a deeper understanding of their heritage and our country's history.