Join us on Thursday, May 16, in the Upper School Gym (3:20 p.m.) as seven King School standout Senior student-athletes will be recognized and celebrated in front of friends, family members, and the rest of the King Community for their tremendous accomplishment of moving on to participate in college athletics at the NCAA Division III level next Fall: 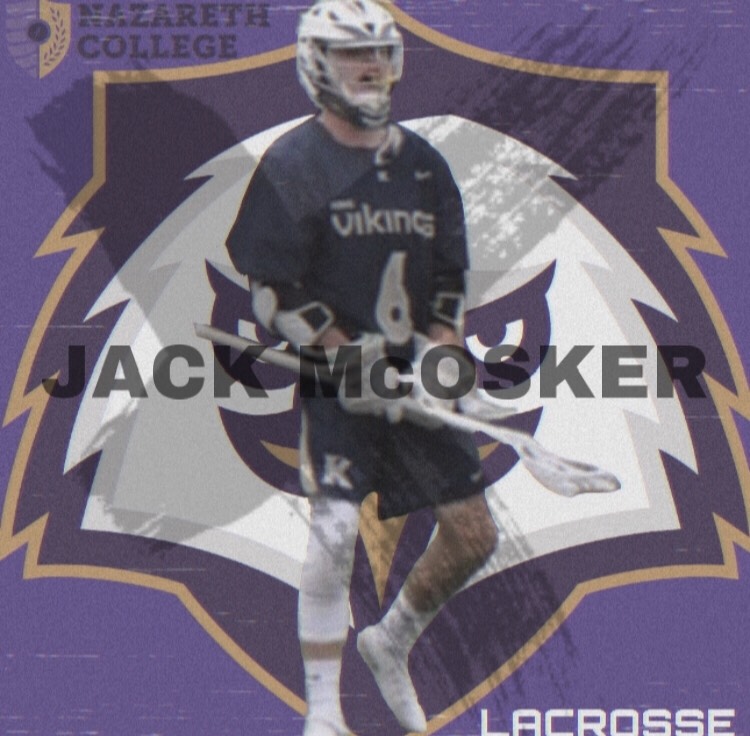 Jack McOsker has played lacrosse at King School since Grade 5 and developed on the field playing for the CT Chargers and Express North club teams throughout his high school lacrosse career. A four-year Varsity athlete in both soccer and lacrosse, Jack helped the King Varsity Soccer squad reach the semifinals of the New England Prep School tournament this past fall. In 2016, as a Sophomore, Jack played an integral role in helping King Lacrosse win the Fairchester Athletic Association (FAA) Championship and in 2018 he received FAA All-League honors and NEPSAC All-New England Honorable Mention for Lacrosse. In addition to growing as a leader on and off the field as a team captain for Lacrosse, Jack has also helped give back by taking part in the annual King and Harlem Lacrosse clinics for the past four years. Jack will be moving on to attend Nazareth College and play lacrosse for the Golden Flyers! 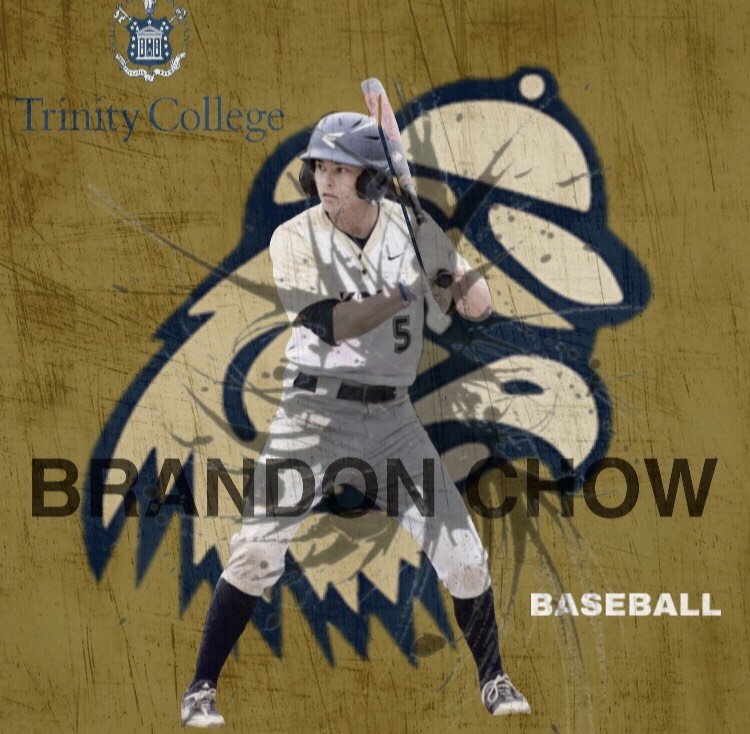 Brandon Chow started playing baseball at OGRCC (Old Greenwich-Riverside Community Club) when he was 6 years old.  He continued with the Greenwich Cannons and the Connecticut Blue Jays, based in Plainville, Connecticut. In preparing to play baseball at the collegiate level, Brandon worked on his skill set at both Greenwich High School and King School.  He was captain for both teams as he led GHS to the Fairfield County Intercollegiate Conference tournament and King High School to the Fairfield Athletic Association Conference title. He currently works with his batting coaches Kyle Wirtz and Michael Macguire of the Connecticut Blue Jays. While training for college, Brandon achieved a 60 yard dash time of 6.56 along with other batting achievements.  His 60 yard dash time currently ranks as a top 50 time nationally. Brandon played in a number of national tournaments in Connecticut, New York, New Jersey, Florida and Arizona. Brandon was a pre-season Under Armor All-American in 2018 and 2019.  He played in Mesa, Arizona for the New England Team. Brandon was recruited and coached by Ken Lewis and Thomas Decker and will remember King as his opportunity to compete with some great athletes and learn from great coaches.  Studying economics and finance with Frank Roche was particularly rewarding for him at King.  He also looks forward to developing the friendships he made as they move to the next chapter of the lives. While at King, Brandon achieved a high honor roll status and looks forward to studying economics and playing baseball at Trinity College next year! 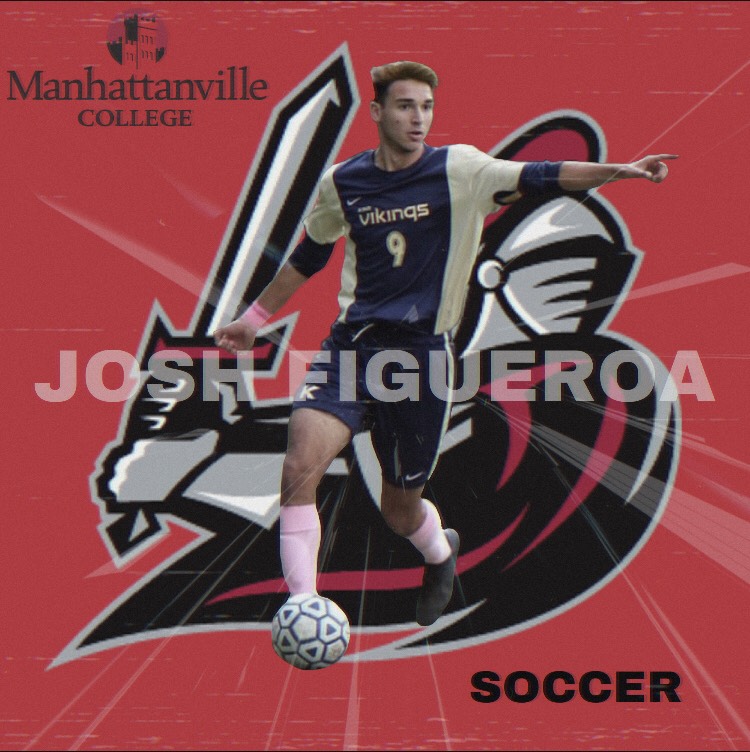 Since starting to play soccer in Grade 6, Joshua Figueroa began developing into an outstanding defensive player. Over the last four years as a Varsity player, Josh has blossomed under the dedicated leadership of Head Coach Enzennio Mallozzi and earned All-New England and WNEPSSA (Western New England) All-Star Team selections during his Junior and Senior years. He was also recognized as a Connecticut All-State player in 2017 and 2018 and received FAA All-League Honorable Mention in 2018.  On the field, Josh displays a strong work ethic and adds quality as well as versatility. When he is not playing for the Vikings, Josh plays for Shoreline FC where he was voted "Player of the Season" last year. Off the field, one of Josh's passions includes working with children. He spent three years volunteering at JA Elite Soccer Academy and Domus Kids, Inc. and also worked summers at the Stamford YMCA as a Swim Instructor. He is currently volunteering in the King Physical Education Department and will be returning to work the King Fun Camp this summer for a second year as a camp counselor.  Next Fall, Joshua will move on to play soccer at Manhattanville College. 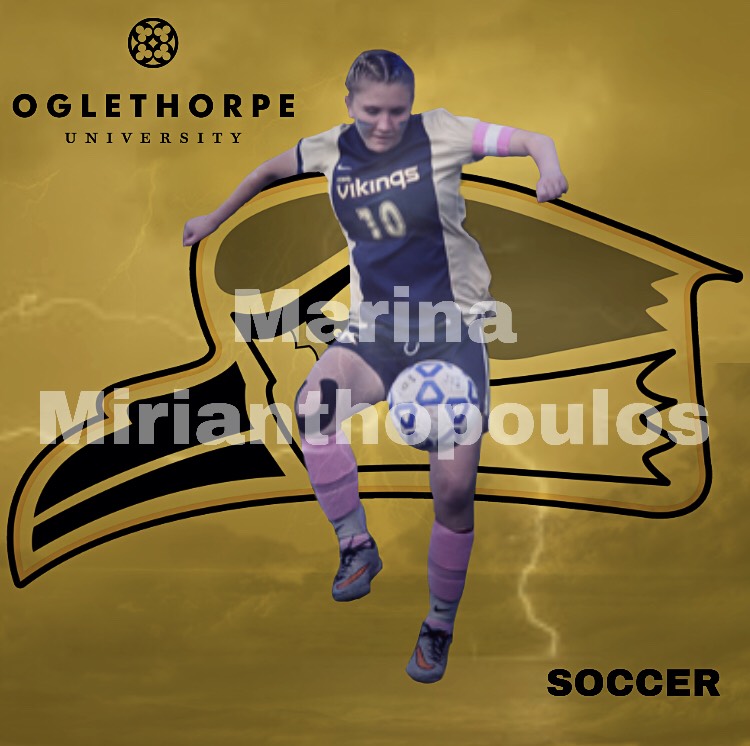 Marina Mirianthopoulos was introduced to soccer at a young age and has continued to develop ever since. When she came to King School in Grade 7 her soccer career took off. In the summer of 2016, Marina was recruited to represent the U.S. at the Gothia Cup as a member of FC Connecticut, where she played against countries from around the world. Marina expanded her skills and switched to more advanced teams like Beachside Soccer Club and Stamford FC, and was also a part of the Connecticut Olympic Development Team, competing against different state teams from across New England. At King, she was one of three Freshman to play on the Varsity team. As a team captain, she helped lead the Vikings to one of the best seasons in program history, as the team won 9 games and qualified for the FAA Tournament. Thanks to the guidance of Head Coach Darren Gourlay and Associate Coach Bonnie Crochetiere, Marina was able to grow a true passion for the sport and now looks forward to pursuing her soccer career at Oglethorpe University. 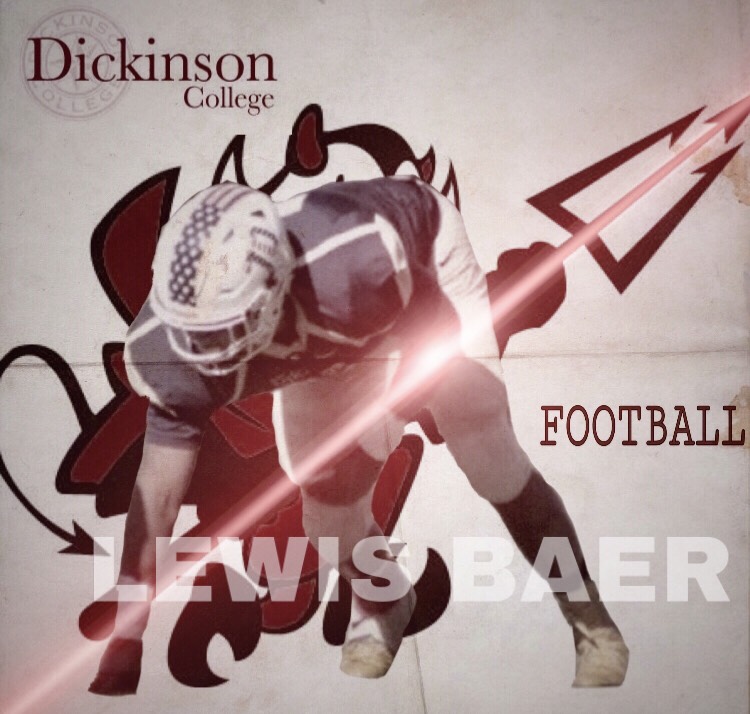 A three-sport athlete who has played Varsity Basketball and Varsity Baseball at King School, Lewis Baer has truly shined on the football field since starting to play the sport in Grade 8. Since coming to King as a Freshman, Lewis has excelled at the Defensive End position as a four-year starter and the captain of the Varsity Football Team. Lewis was an integral part of King's back-to-back NEPSAC Championships (2016 and 2017) and earned FAA All-League Honorable Mention his Sophomore year and NEPSAC All-New England Honorable Mention honors his Junior season. A team captain who showcased his versatility playing multiple positions during his four years at King, Lewis also served as a volunteer coach and referee in the Stamford Peace Youth Basketball Program and is coaching Middle School Baseball at King this spring. After graduation, Lewis will head to Dickinson College where he will play football for the Red Devils! 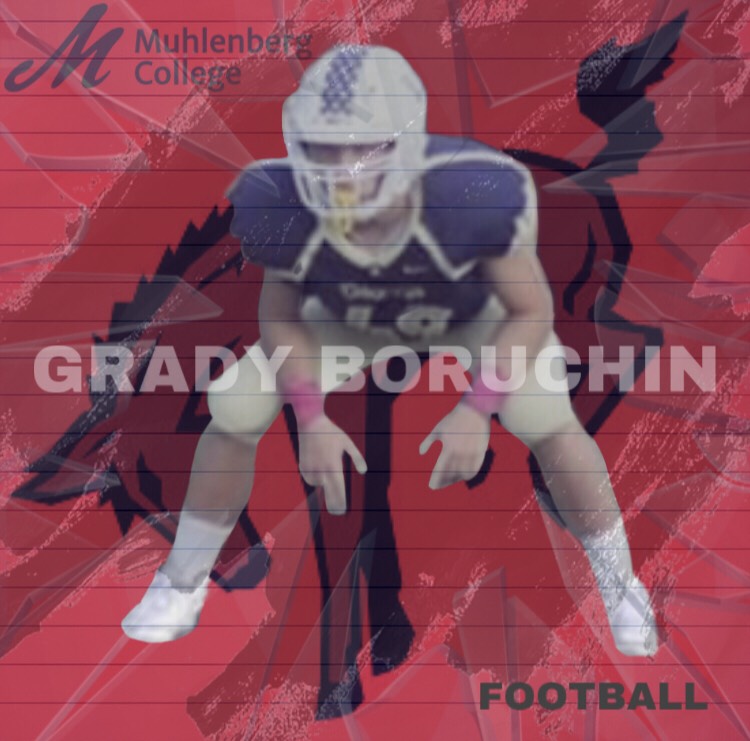 Even at a very young age, Grady Boruchin was drawn to the football field and started his journey through the sport beginning in Grade 3. Grady was a two-year starter in Grade 8 and 9 at Greenwich Country Day School and finished with a winning season both years. Upon attending King School, he was part of back-to-back NEPSAC Class C Championship teams and emerged as a two-year starter playing outside linebacker for the Vikings and Head Coach Dan Gouin. Grady was also very involved in performing arts at King, most recently playing a lead role in King's rendition of Mamma Mia! Thanks to his dedication to getting better and his strong work ethic, Grady will be attending Muhlenberg College in the Fall to play football and plans to study Psychology. 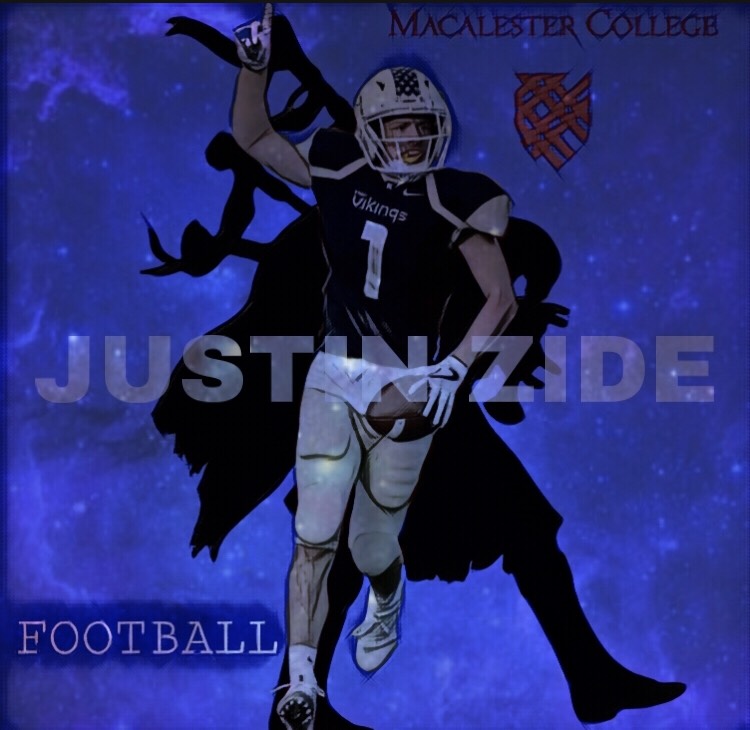 Justin Zide started playing football when he was 8 years old for the Putnam Generals in Greenwich and has played every season since. He has filled numerous positions on the field, most recently cornerback, and will be playing receiver for the Macalester College Scots starting in the Fall. He is a four-year varsity letter winner at King and was an indispensable member of the team during the Vikings' 2016 and 2017 NEPSAC Championship seasons. Justin made a big impact on the program as a three-year starter at cornerback and on special teams during all four years of his high school football. In that time he racked up 80 tackles and assists, had 17 pass break-ups, and 3 interceptions (returning 2 for touchdowns). Justin stood out in the classroom as well, earning the distinction of honors or high honors for every semester of his high school career and will graduate as a King Scholar with a 4.1 GPA. He also received the prestigious honor of being recognized as a National Football Foundation Scholar-Athlete after his senior season this fall. Justin has been an active volunteer at the Boys and Girls Club of Greenwich and plans to study Psychology at Macalester while playing football for the Scots!

Thank you to everyone who came out to celebrate and support Marina, Jack, Brandon, Grady, Lewis, Josh, Justin today at our NCAA Student-Athlete Ceremony. Make sure to follow along at King Athletics on Instagram and Twitter for more photos and updates from the ceremony and as we look ahead to the remainder of the 2019 Postseason at King! 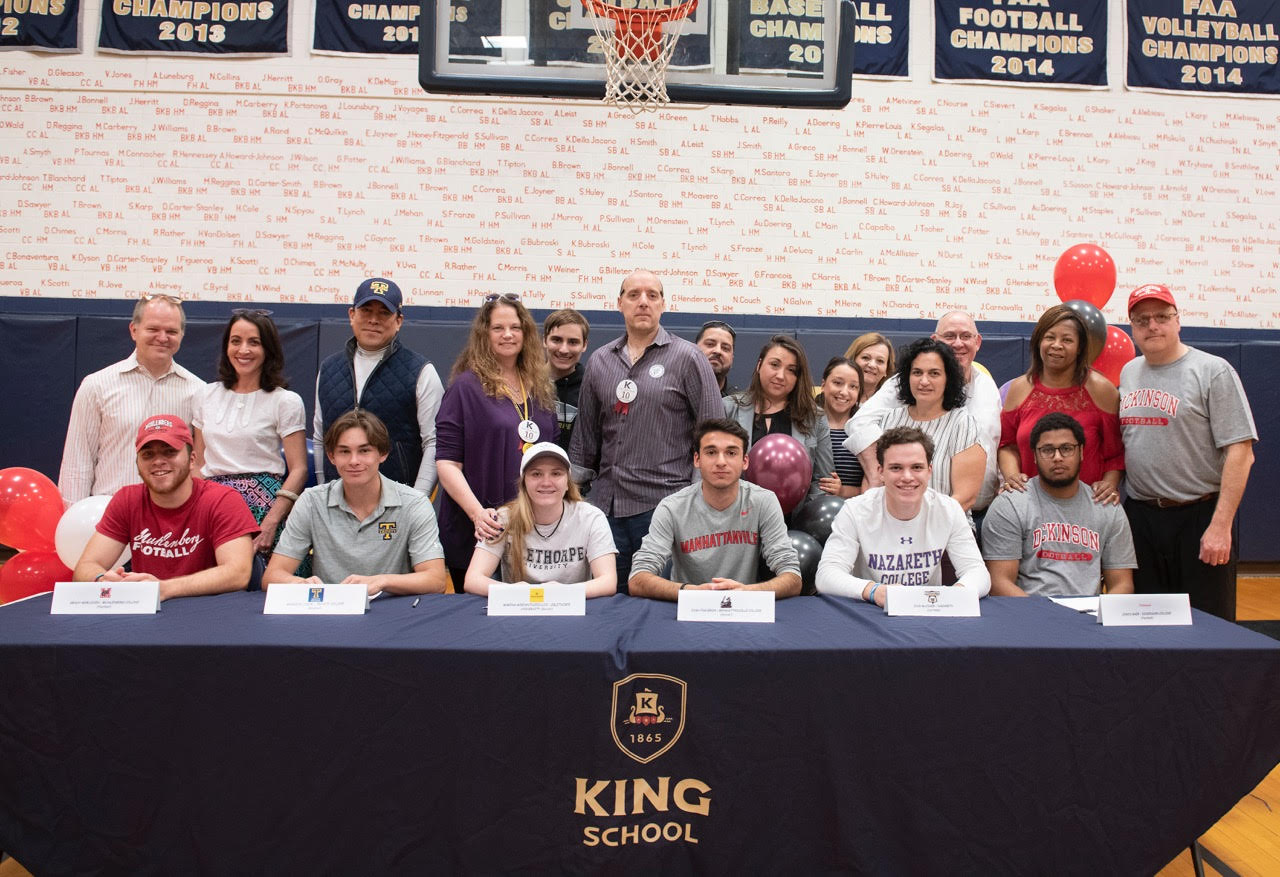 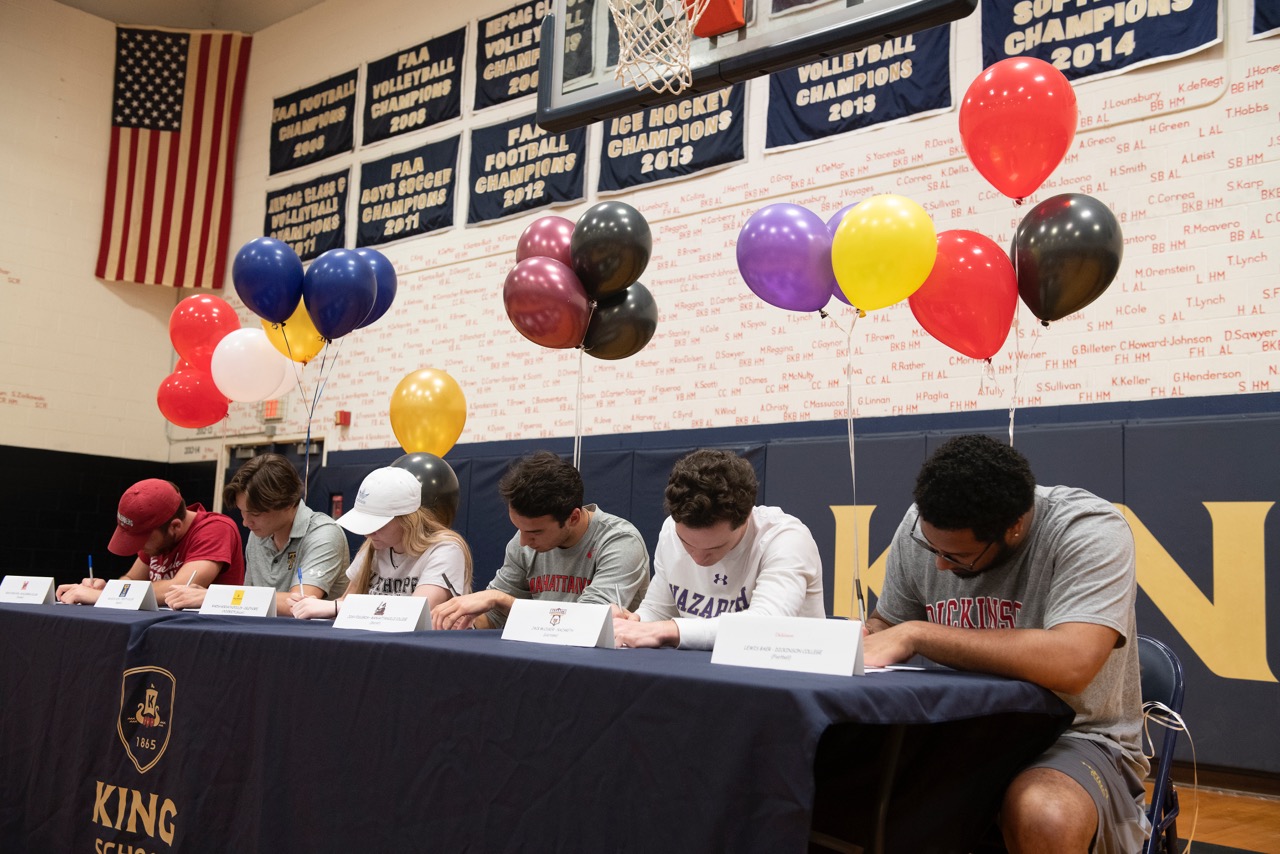 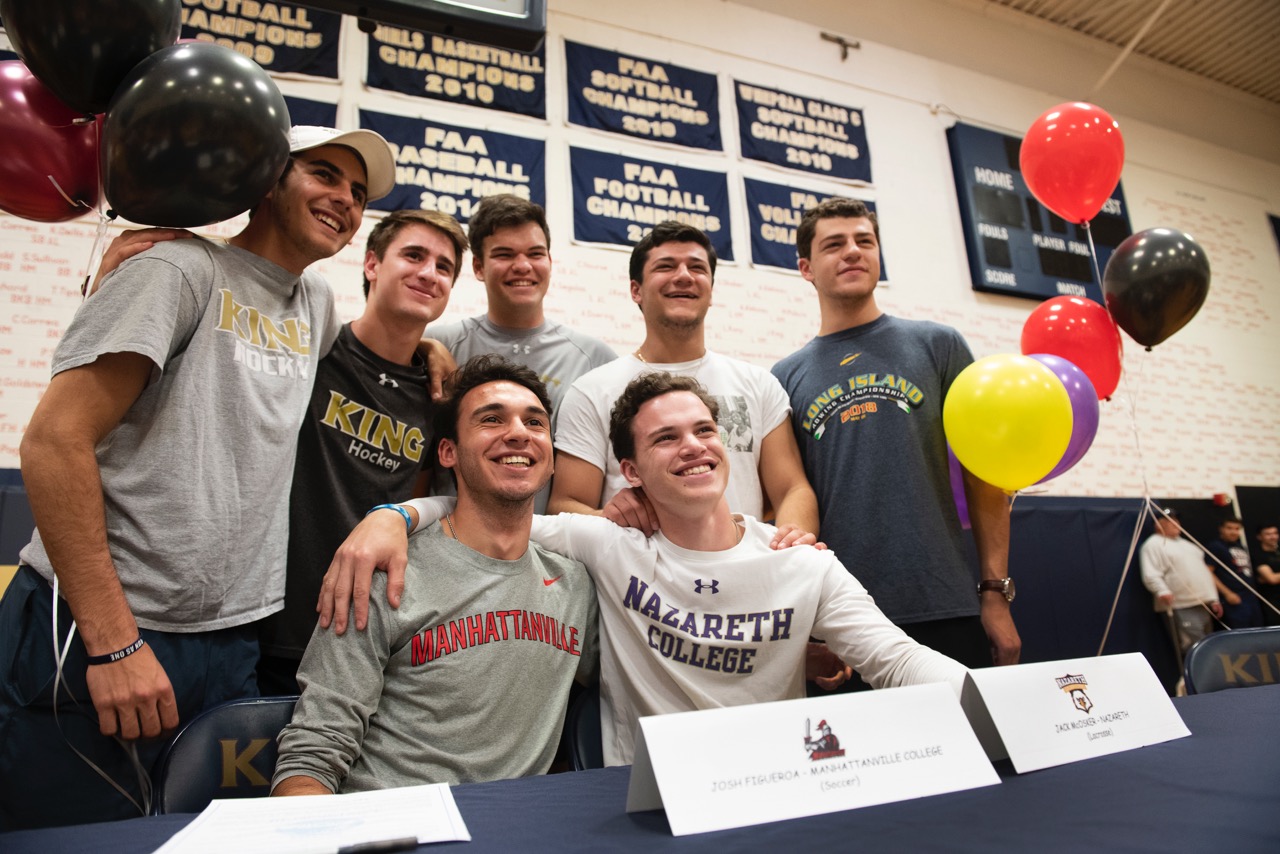