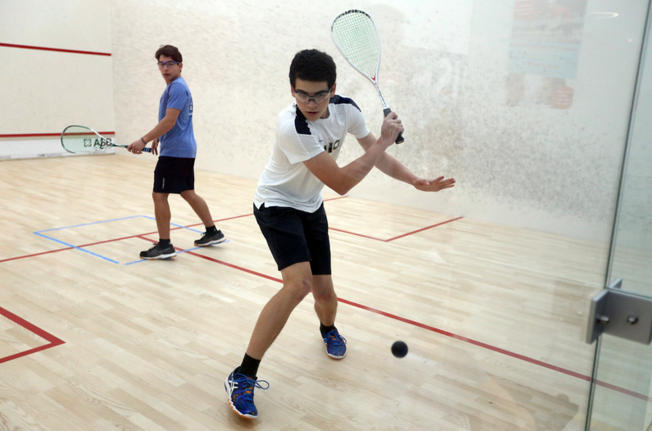 King School Athletics is excited to announce that the King Squash Girls and Boys teams will be training and competing at Ox Ridge Riding and Racquet Club this season under the instruction of new Squash Program Director and head coach, Will Newnham.

"I am very excited to be working with the King School students and our Squash teams this coming season. This has always been my passion, I love the idea of being able to coach the entire team rather than the entire focus being on the individual," said Coach Newnham, who is the head squash pro at the brand new facility in Darien, CT.

Coach Newnham joined Ox Ridge from the world-renowned Racquet & Tennis Club, NYC, but his journey through the game of squash extends much further. A native of England who ranked Top 10 in the UK throughout his junior career, he developed into an All-American player at the University of Rochester and also competed as a Pro Tour player in Europe and Australia, before becoming a professional coach. His extensive experience has provided a number of young squash players the chance to grow and develop on the court, including coaching top-level juniors in Stamford (CT) and New York City who have gone on to earn national titles. Coach Newnham picked up his first squash racquet at the young age of 4 in the small village of Hassocks on the South East Coast of England and has yet to put it down. He remains dedicated and driven to helping young players develop their own passion for the game, as they grow on and off the court.

"It is a great feeling to see my students progress and grow as players, which I find very rewarding. Growing up, we lived close by to the Weald Squash Club so I would hit with my Mum, Dad, and brother a lot. They got me started. I owe a lot to them playing with me at such a young age. The sense of family at our club made me fall in love with the game."

Now as the new King Squash Program Director, and head coach of the Upper School and Middle School teams, Coach Newnham anxiously awaits the Winter season and the chance to bring his teams together.

"Back when I came to visit the campus at King there was a sense of inclusiveness," Coach Newnham explained.

"There was a sense of togetherness that I want to continue over the course of the season and looking ahead."