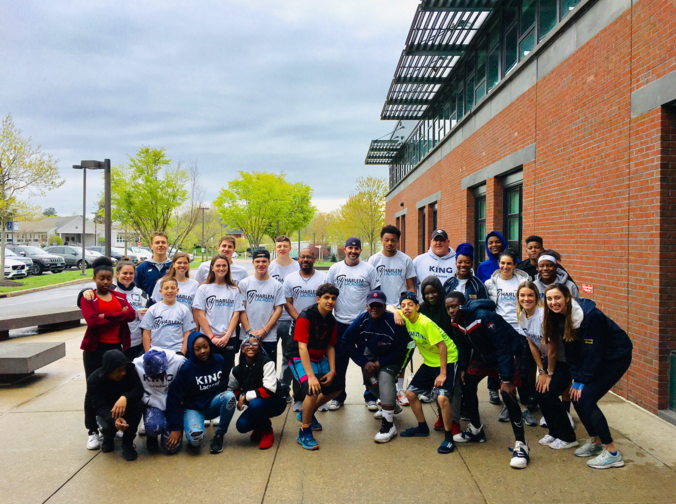 A rainy morning after King Varsity Girls Lacrosse defeated Miss Halls School (15-7) at home and King Varsity Boys Lacrosse beat Kingswood Oxford (10-4) on the road in West Hartford, the Vikings racked up another important victory together as they welcomed Harlem Lacrosse for their annual clinic, lunch, and donation drive fundraising efforts at King School on Sunday.

The event marked the fifth year King Lacrosse and Harlem Lacrosse (P.S. 149 - The Sojourner Truth School) have teamed-up to both grow the game of lacrosse and help give back at the same time. It's just part of King's year-round approach in nurturing the relationship between the Vikings lacrosse program and the talented student-athletes at Harlem Lacrosse.

"Seeing the smiles and appreciation of the girls when they get off the bus, makes all the hard work we put into this day truly worth it. The girls and boys from Harlem are so eager to play lacrosse and it not only inspires us as players individually, but it has a great effect on our entire team as a unit," said King Varsity Girls Lacrosse Senior team captain, Chrissy Nelli.

"It is something that makes the King teams unique and sets us apart from other schools. It's an amazing day and everyone leaves knowing the did a good thing and made someone smile."

The 45-minute drive from Harlem to Stamford was well worth the wait. After receiving a warm reception by the King Lacrosse teams as soon as they got off of the bus, Harlem Lacrosse players hit the King Turf to begin their drills, training sessions (complete with a radar gun for tracking shot velocity), and get some scrimmage time in before breaking for lunch.

"I think it is important for the team and me to take part in this clinic because we are giving back to the community and it is a chance to help kids less privileged than us. It is a really good experience to help these kids and gives us a break from the season to have some fun and is awesome for team bonding," explained Senior, Jack McOsker 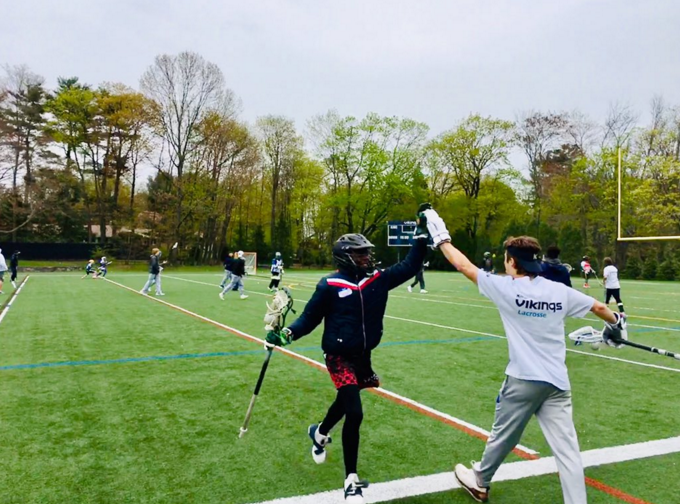 A member of the Varsity Boys Lacrosse team (who will continue his lacrosse career next season at Nazareth College), McOsker has participated in the annual clinic and lunch for the last four years and believes the overall experience provides the opportunity to get better as players, while keeping the focus on helping others grow in the sport. The hard work has paid off. While P.S. 149 student-athletes like Tidiane Gakou (Grade 8 Boy, going to Christ School next year), Abdoulaye Sylla (Grade 8 Boy, going to Indian Mountain School next year), and Mariama Camara (Grade 8 Girl going to Westminster School next year) have recently benefitted from the King - Harlem Lacrosse clinic, Yaromy Brito (Grade 7 Boy) and Cheyenne Graham (Grade 7 Girl) are the players on the rise at Harlem Lacrosse.

For King School, the Middle School was also represented at the Harlem Lacrosse event by Matty Goldman ('25), who participated in drills and scrimmage and was part of a leadership group (Dylan Ross '21, Henry Meyer '19, Chris Della Jacono '19, Kenny Dyson, Jr. '19, Jack McOsker '19, Riley Hicks '19, Chrissy Nelli '19, Claire Tully '19) that used the morning to support and encourage players to give it their all on the field.

"The best part for me is most definitely helping the kids and teaching the kids a sport I have played since fifth grade. It is truly surreal to make a kids day by playing with them and teaching them a sport; it is just a great feeling knowing that the memories made will be with those kids for the rest of their lives. They love coming up to play with us and we love holding this clinic. It has had an impact on me because the kids are very funny and genuinely fun to be around and play lacrosse with. The memories I have created in the past years of doing this Harlem Lacrosse and King event has been some of the best, whether it is with my fellow teammates or with the Harlem Lacrosse kids." 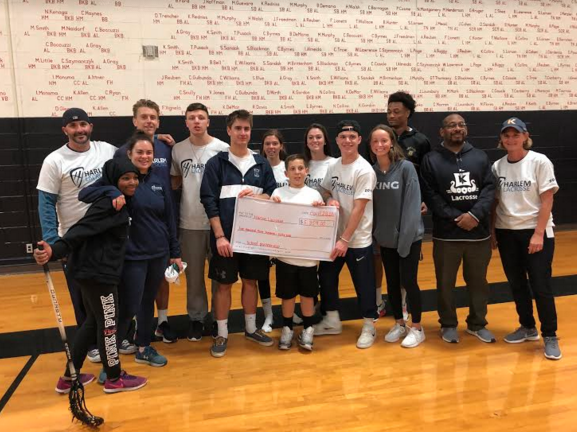 The annual lunch with King Lacrosse and Harlem Lacrosse players is just one of the many highlights of the day -- a chance for these four individual teams to come together as one. They swapped jokes, danced, ate pizza, and even took time to get some shots up in the Upper School Gym. Harlem Lacrosse was also presented with a fundraising check and donated lacrosse equipment that was gathered by the King Varsity Boys and Girls teams.

Since coming together in 2014 thanks to the work of former King lacrosse standout Morgan Riley ('18), King and Harlem Lacrosse have grown together on the field and away from the sport as well thanks to the Varsity Girls and Boys Lacrosse teams helping lead the efforts to organize the annual clinic, lunch, and lacrosse equipment donation drive. Such leadership was not only on display over the past few weeks while ramping up for Sunday's event, but also showed itself on the turf during drills and while hosting Harlem Lacrosse players and organization members for lunch in the Middle School Commons.

"What I love most about Harlem Lacrosse and King School coming together each year is the continuity. King puts on a great event for our kids year after year, which enables them to form positive relationships and come back to see the same people they made memories within the past," Elise Van Arsdale, a Senior Program Director at P.S. 149 who is now in her second year with Harlem Lacrosse.

"Our kids are so excited for everything King School does for us, like the Christmas presents in December, and for them to have the chance to spend time with the kids, parents, coaches, and everyone else involved at King is really meaningful."