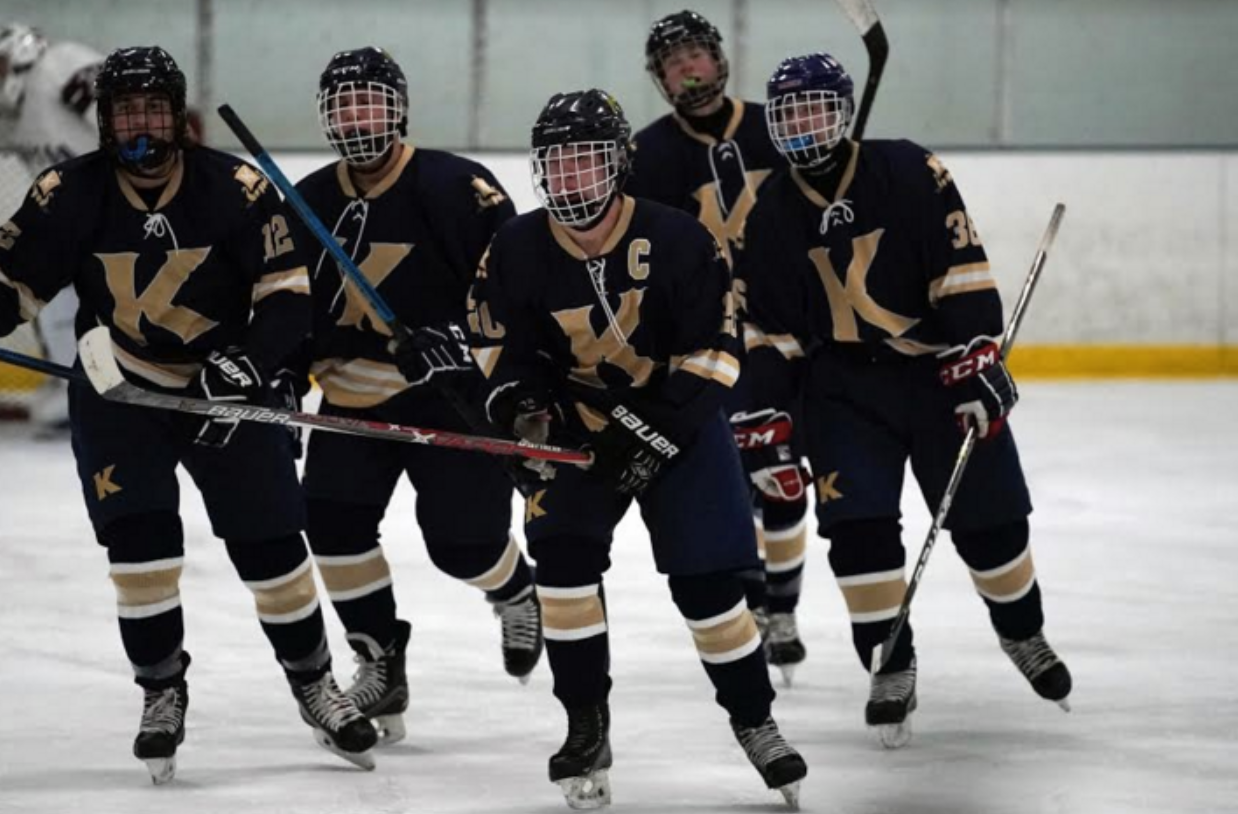 Following a memorable 2019-2020 campaign that saw Varsity Ice Hockey reach the Fairchester Athletic Association semifinals during the postseason, the Vikings were recognized with the FAA Ice Hockey Sportsmanship Award thanks to their constant display of professionalism, positive demeanor, and how both players and coaches alike carried themselves on the ice and on the bench.

"I can't think of a higher honor to bestow upon the boys; and a much deserved one at that. They conducted themselves with integrity all season long, no matter the situation and I'm thrilled that they're being recognized for their efforts," said Varsity Ice Hockey head coach, Guy Savage.

"Since being named head coach in 2017 it has been our goal from day one to build a winning program, one that represents all the virtues of King, one that holds itself to a higher standard by doing things the 'right' way, and one that this community can truly be proud of. I believe winning the FAA sportsmanship award really solidifies that."

The honor marks the third time this 2019-20 school year that a Vikings sports team has earned the distinction after both Boys and Girls Cross Country squads won the award in the Fall.

"As a coaching staff we really try to instill the importance of sportsmanship and conducting oneself properly on the ice, in the locker room, and in the community," Coach Savage added. "We're also very aware that the players pick up on how we conduct ourselves on the bench and how we interact with opposing coaches, players and officials."

When it comes to the sportsmanship voting process, players and coaches are critiqued after each FAA game as coaches vote in categories ranging from player conduct, coach conduct, fan conduct, and interactions with officials. In a physical and face-paced sport like hockey where players must react quickly and make split-second decisions, it is very easy for emotions to rise and tempers to flair. Thankfully for the Vikings, cooler heads always prevailed making the honor of receiving the highest sportsmanship rating and award that much more impressive.

"No matter who we were playing, no matter the score, we always were the best versions of ourselves. In hockey sometimes things can get a little chippy between teams, but we always knew to keep our heads and take the high route," explained team captain, Charlie Feinstein who secured the net for the Vikings as an FAA First Team All-League goalie.

"Part of that reason was because we only had 12 skaters and we knew that if we took a penalty, we would be hurting the team way more than if a team with 20 skaters took a penalty. A combination of that and the character of the team helped us reach this honor. For us to still come in 3rd place in the league with the cards we were dealt is truly amazing. This was the hardest working, tightest knit team I've ever been a part of and I'll for sure remember that."

Back in late February, the Vikings season came to a dramatic close at Stamford Twin Rinks in front of fellow students, family, and fans who watched King battle in the Semifinals before losing (10-3) to eventual FAA tournament champions in the Harvey School. Playing with a lot of heart and togetherness, the Vikings received goals from Mike Grbic (2) and Jack Vanneck to go along with two assists from Henry Feinstein.

Even in defeat, the Vikings held their heads high while showing respect for their opponents, each other, and the game of hockey itself. It was yet another chance to display their trademark team-wide sportsmanship on the ice while perfectly representing King School and the FAA.