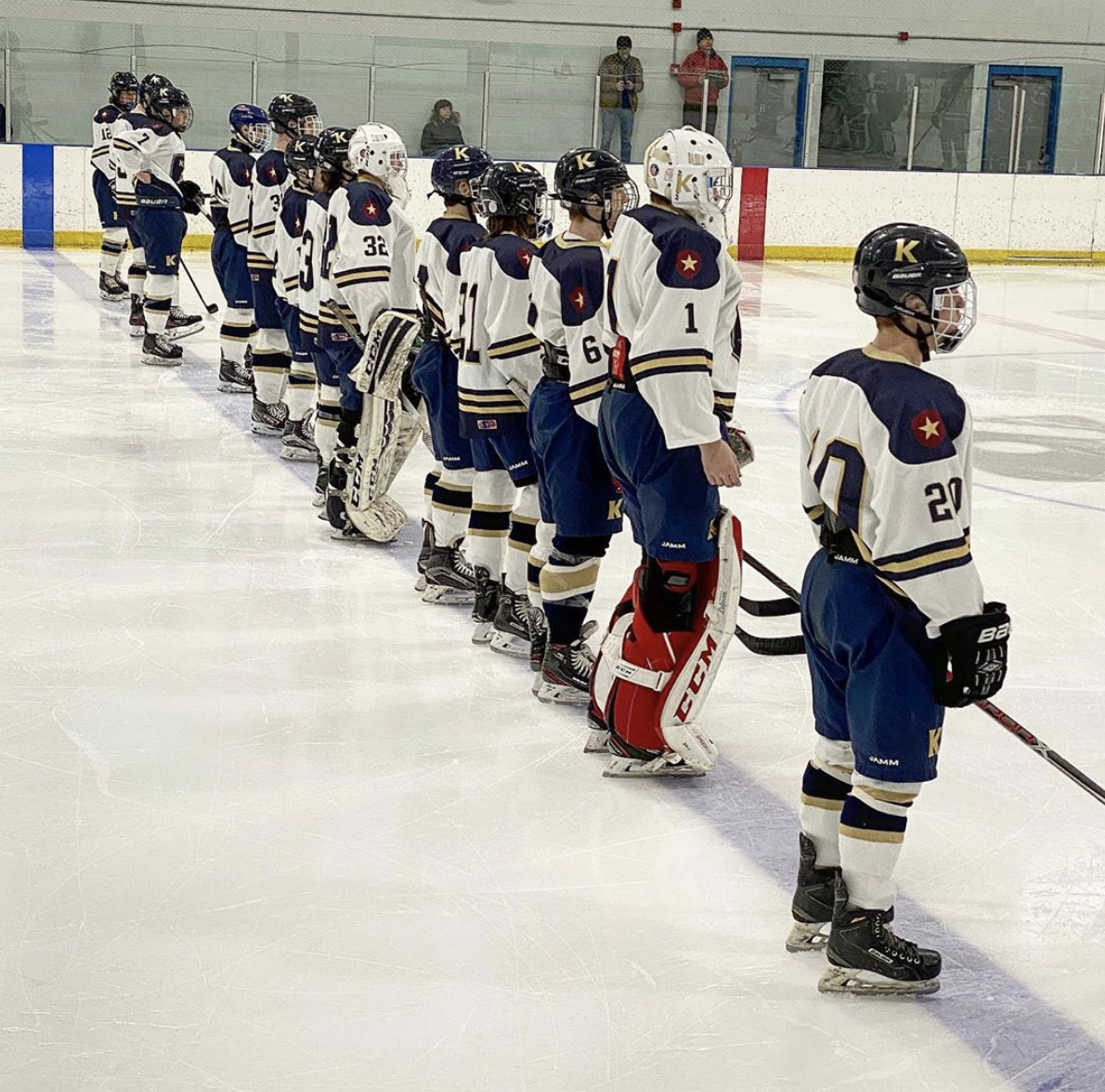 Back in November at the start of the Winter season, postseason aspirations and a chance to contend for an FAA championship began to take shape for King School Varsity Ice Hockey thanks to a team that has become synonymous with toughness and togetherness.

"We talked about how we wanted to accomplish what our teams in the past couldn't. We really wanted to make good impressions on the younger guys for them to carry on our legacies," said Senior goalie, Charlie Feinstein while looking back on the 2019-20 season for the Vikings.

"I feel we all have great relationships with everyone on the team and our team chemistry is unmatched compared to prior years. Hopefully that's something future King Ice Hockey teams can consistently accomplish."

At the beginning of the season, the Senior core of Feinstein, Tommy Morris, Wyatt Kane, and Jack Vanneck confidently approached head coach Guy Savage determined to check a number of goals off of their list that began with reaching the FAA Playoffs. After racking up their first win of the season against Fieldston, King earned a memorable league victory over St. Luke's, defeated Kingswood-Oxford twice, and knocked off Hamden Hall at home to earn a spot in the postseason. 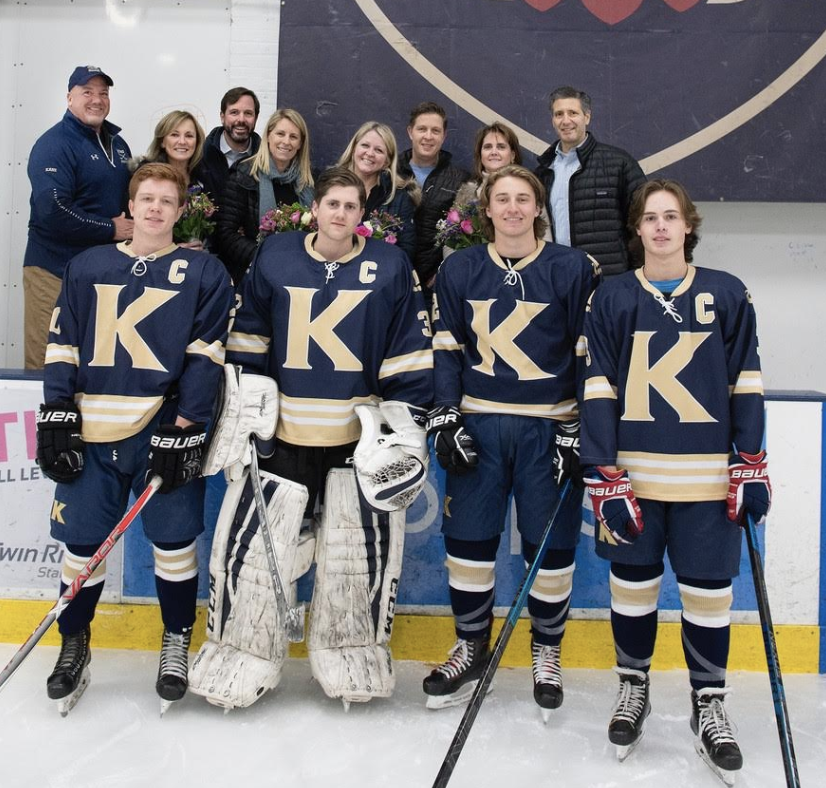 The next goal on that list: Secure a playoff game on their home ice at Stamford Twin Rinks. Accomplishing that mission came on the road in the rematch with Hamden Hall that helped King secure the number 3 seed after a complete team effort in the 7-2 win. Jack Vanneck powered his way to 4 goals, Wyatt Kane, John Freeman, and Mike Grbic all added goals, and Charlie Feinstein once again showed why he's considered a premiere goalie in the FAA. With the victory King picked-up their 10th win of the season (10-6) and will play Harvey School at Stamford Twin Rinks on Thursday at 3:00 p.m.

The Vikings also showcased what can happen when Senior leadership sets the tone for an entire team, season, and program on and off of the ice.

"We all hope to win a championship as this is our last shot. We have all wanted it so bad," explained Feinstein, a team captain alongside Jack Vanneck and Tommy Morris.

"All of us have been together since our Sophomore year. The best part about being able to finish out the season with these guys is all the memories we have made together. From practices to games to film to team dinners we have been through it all together. I wouldn't want to finish my hockey career at King with anyone else. That's what I will remember the most about this team -- my teammates and coaches and the family bond we have all created with each other. I still talk to Seniors from my Freshman team all the time and we treat each other like brothers."

While a brotherly bond and Senior leadership have set the tone this season, and shaped the character of the team, the underclassmen have quickly risen to the occasion and shown why the future is bright for King Hockey beyond this current postseason drop of the puck. 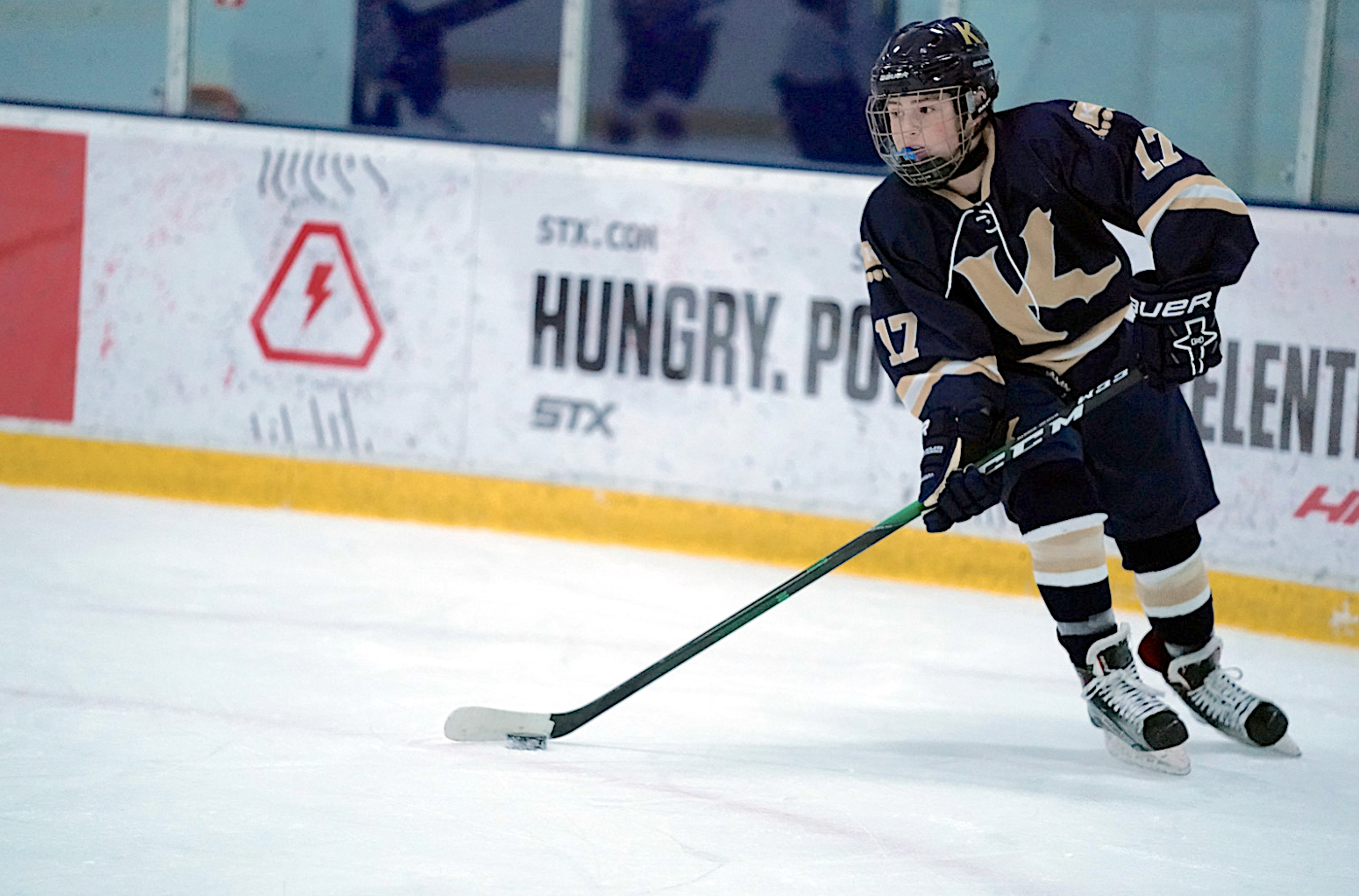 "Everyone on the team understands their role and when everyone is executing, we are one of the best teams I've seen. All of the guys have been fabulous this year. Jack O'Callahan and Rex Morris both stepped in right away and are two of our four Defensemen every single game. John Freeman and Jonathan Gribic have both provided valuable offense in very important games and times in the game. The freshman and sophomores this year have absolutely been a huge part of the team. I'm most impressed with the Freshman and how much they do for our team at that age," Feinstein explained.

The Freshman class of Jonathan Grbic, John Freeman, Rex Morris, and Jack O'Callaghan have provided a spark skating alongside Sophomores Beckett Walters, Henry Rattner, Mike Grbic, Ashton Benkwitt, and Juniors, Andre Dziurzynski, and Robbie Jacobs. Nothing proved that more than King being carried to an impressive 8-1 win against Wooster at the first annual Winter Showcase behind a hat trick from Rattner and big goals from Mike Grbic, Dziurzynski, and Jacobs.

"We've had more numbers in the past, especially with our Senior class, so our younger guys on the team have had to take on a big responsibility and have really stepped up this season. As a coaching staff we let them know immediately the opportunity was there with only 14 players," said John Louizos, who has served as an assistant coach for the Vikings the past three seasons.

"We challenged them to 'go for it!'. For this team, the goal has always been to play at a high level and we've done that with limited line changes. We've had to play an aggressive style from the start and it's shown this year. I love to see them develop in all situations, not only as players but as people. I love that we work hard and celebrate each other along with the wins."

Despite Harvey taking the two regular season match-ups from King, the FAA Playoffs just might be the place to keep the celebration and wins going. If the Vikings survive and advance they will face the winner of Rye Country Day School and St. Luke's School on Saturday (12:15 p.m) at the Harvey School.

Until then, count on these guys to stick together.