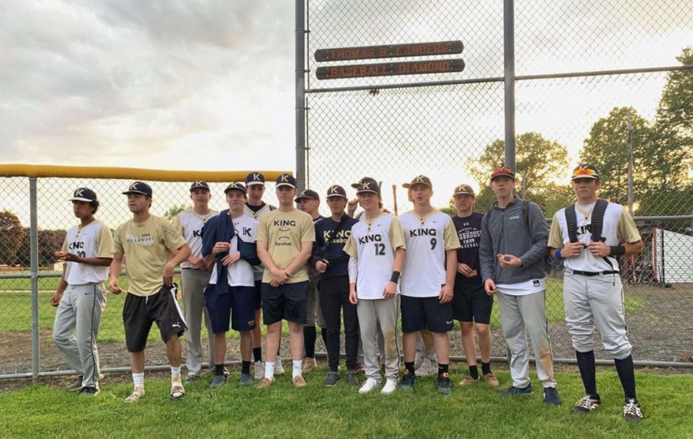 The unforgettable postseason run by the King School Baseball Team comes down to just one more game for the Vikings.

King put together another memorable victory on Thursday, 8-7 over the MacDuffie School (MA), and now moves on to the New England Small Prep Schools Baseball Championship Game on Saturday at 2:00 p.m. at Providence Country Day School, against the Winchendon School (MA)!

King took a 2-0 lead early, fell behind 4-2, went back up 5-4, then trailed 7-5 heading into the 7th inning. The comeback was on at this point, with Derek Hassan reaching second with a double, Wyatt Kane driving him home with a hit, and Harrison Feinberg earning a walk to get players on 1st and 2nd base. Joey Skarad once again came up clutch, this time with two outs, by knocking in the tying and game winning runs with a big-time two-run triple! On the mound, Hiro Wyatt threw 5 1/3 innings, allowing only 2 earned runs, with Jack Meizels earning the win by getting the final two outs of the 6th, before Skarad shut down MacDuffie in the 7th for the save! (Full Box Score via Game Changer)

A No. 4 seed in the tournament, the Vikings knocked off both No. 5 Millbrook and No. 1 Harvey to reach the West Final Game against No. 3 MacDuffie.

Make sure to stay connected with King Athletics on both Instagram and Twitter as we bring you the latest news and updates on the Vikings quest for a New England Championship on Saturday. 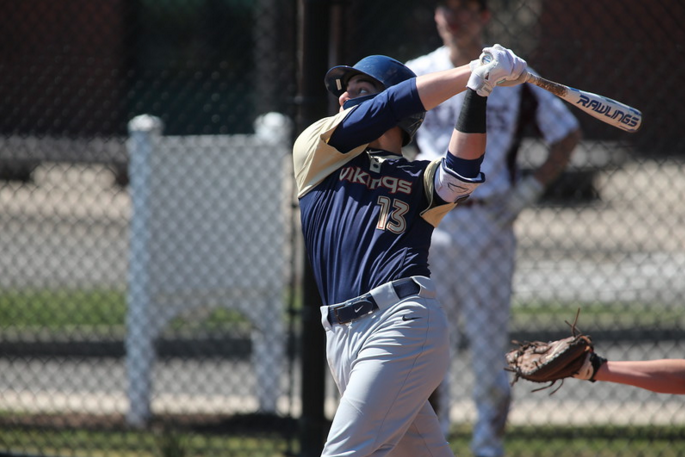 @joeyskarad13 absolutely crushes this ball! This HR and a two-run single by @CanevariAlex now makes it 10-5 with King up on @millbrkmustangs in the 6th inning! #kingschool #stamford #ctbase — @NEPSAC @GameTimeCT pic.twitter.com/SQS8PmvU7s