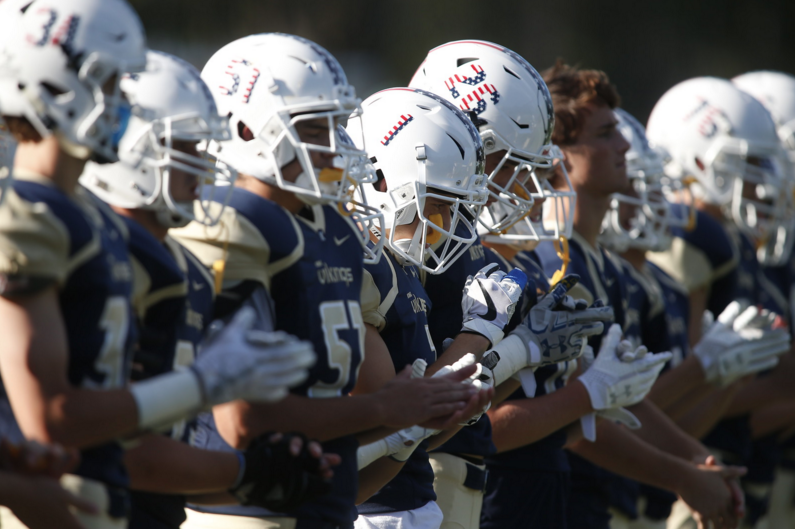 The King School Vikings football program is one of the newest members of the Evergreen Football League starting with the Fall 2019 season.

"This is a win for the program and the school. It gives us a solid 16-team league with like-minded schools," said King Football head coach, Dan Gouin.

"By joining the Evergreen League, everyone from the coaches to the players are going to have to step up and put more time in studying film, lifting and running in the offseason and doing the little things that are needed to be competitive on a weekly basis. It also gives those players looking to play at the next level even more credibility."

King School racked up back-to-back NEPSAC bowl wins to wrap up the 2016 and 2017 seasons, before fighting through several key injuries to go 4-4 during their independent 2018 Fall season with wins over Fieldston, Poly Prep, Hamden Hall, and St. Luke's. With a Senior core of LeVaughn Lewis (University of Delaware), Kenny Dyson, Jr. (Bryant University), Lewis Baer (Dickinson College), Matt Garavel (Pace University) and Grady Boruchin (Muhlenberg College) all making a positive impact on the field and within King's football program these past four years, the Vikings now prepare to usher in a new era in the Evergreen Football League.

The Vikings will begin the 2019 Fall season with a non-league home game against St. Luke's on September 14, before entering Evergreen League play (8 regular season games) on the road against Dexter Southfield School on Saturday, September 21. Their League home opener will be the following Saturday, 9/28, against Albany Academy.