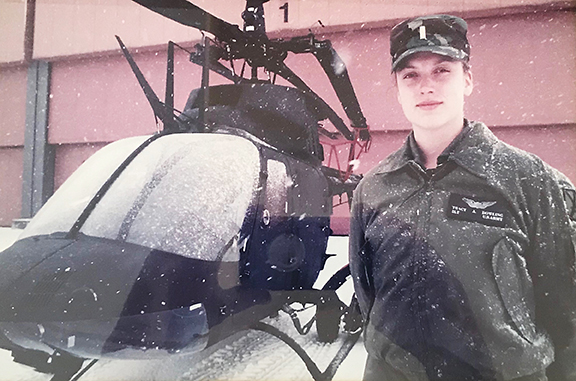 By the time Tracy Dufault took command of her 101st Airborne unit, she had broken more than a few barriers. She was an academic standout at King, who skipped Grade 8 and went right in to high school. She was recruited by West Point, becoming one of the first women to graduate from the Academy. Tracy was the first female commander of the unit, the 2-17 Cav. She was also the only woman in the Army flying the Kiowa helicopter and was poised to be the first woman to lead her unit on a mission into Bosnia.

Harvard had just accepted Tracy into its prestigious business school. She decided to defer, and Harvard was happy to wait for someone so rare. As her unit stood ready to deploy, the military changed direction at the last minute. With no missions on the horizon, Tracy decided to leave active duty and head to Harvard.

En route to Boston and with just days left in her active duty, the U.S. military entered Iraq. Tracy, an officer to the bone, immediately enlisted in the Reserves so she could continue to lend her expertise to the mission. Throughout her time at Harvard she trained countless soldiers as they prepared for war.

Tracy's success is incredible, but it was not always clear to her what drove that and why she excelled. She used to believe it was the result of her time at West Point. But a visit back to King during her military days provided to her a new perspective.

She prepared a speech based on preconceptions people have about the military. "There is a notion that people in the military are just doing what they are told. In fact it is the opposite. We are given an objective, but how we achieve the objective is really left up to the leader."

As he introduced her, Mr. Hudson read the recommendation letter he had written to West Point on her behalf, a letter Tracy had never seen. Mr. Hudson advised the Academy's admissions officers that if they were looking for someone who follows the rules blindly, never asks questions and always stays in her lane, they ought not accept Tracy.

"He said in recommending me for West Point that I possessed all of the qualities that I thought I had yet to develop," she said. "He basically ruined my speech by covering all of the things I was going to talk about. I had to improvise after that, but it was surprising and affirming that West Point did not create those attributes in me; it just helped me find them so I could believe in them and in myself."

Whatever leadership magic she possessed, the military certainly put Tracy to the test. "Early on, I had to be better than a man just to get equal credit, if that. I had to put up with things I hope to God my daughter will not have to because I have already done the hard work for her. I learned early how to operate in the world of men."

In fact, that dynamic was part of Tracy's decision to leave the military. After Harvard, she went to work for H-E-B, a grocery chain based in Texas, followed by a job at General Mills. In September 2017, she was hired by Walmart as the VP of Merchandising. Along the way, she has built a reputation in the industry as being an agent of change by building teams according to corporate objectives.

Still her leadership style is informed by her military years. "I found the leaders I responded to were empowering leaders. Great leaders empower you to go for it and guide you and mentor you but get out of your way, and are not threatened by the fact that you are smarter, faster, or younger than them. In fact they thrive off of it because you make them look good."

Her leadership experience on multiple fronts also leaves Tracy knowing that great leadership is both ever changing and situational. "I think the two key ingredients to great leadership are, number one, never stop growing yourself, and number two, the leader you need to be is not about your leadership style but it is about the people you are leading and the leadership they need in that moment in time. Once you get that, it makes you a billion times better." 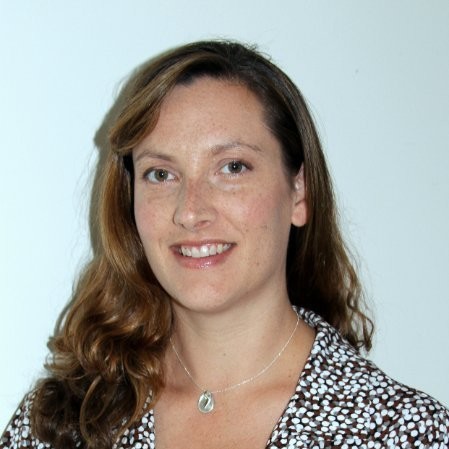 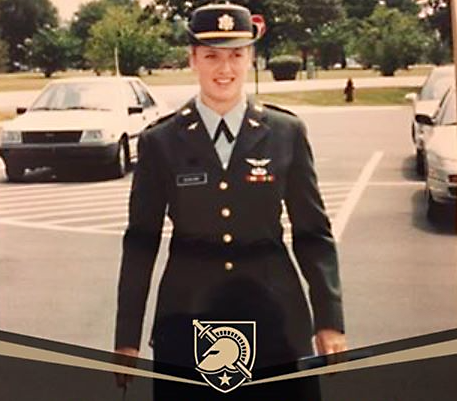