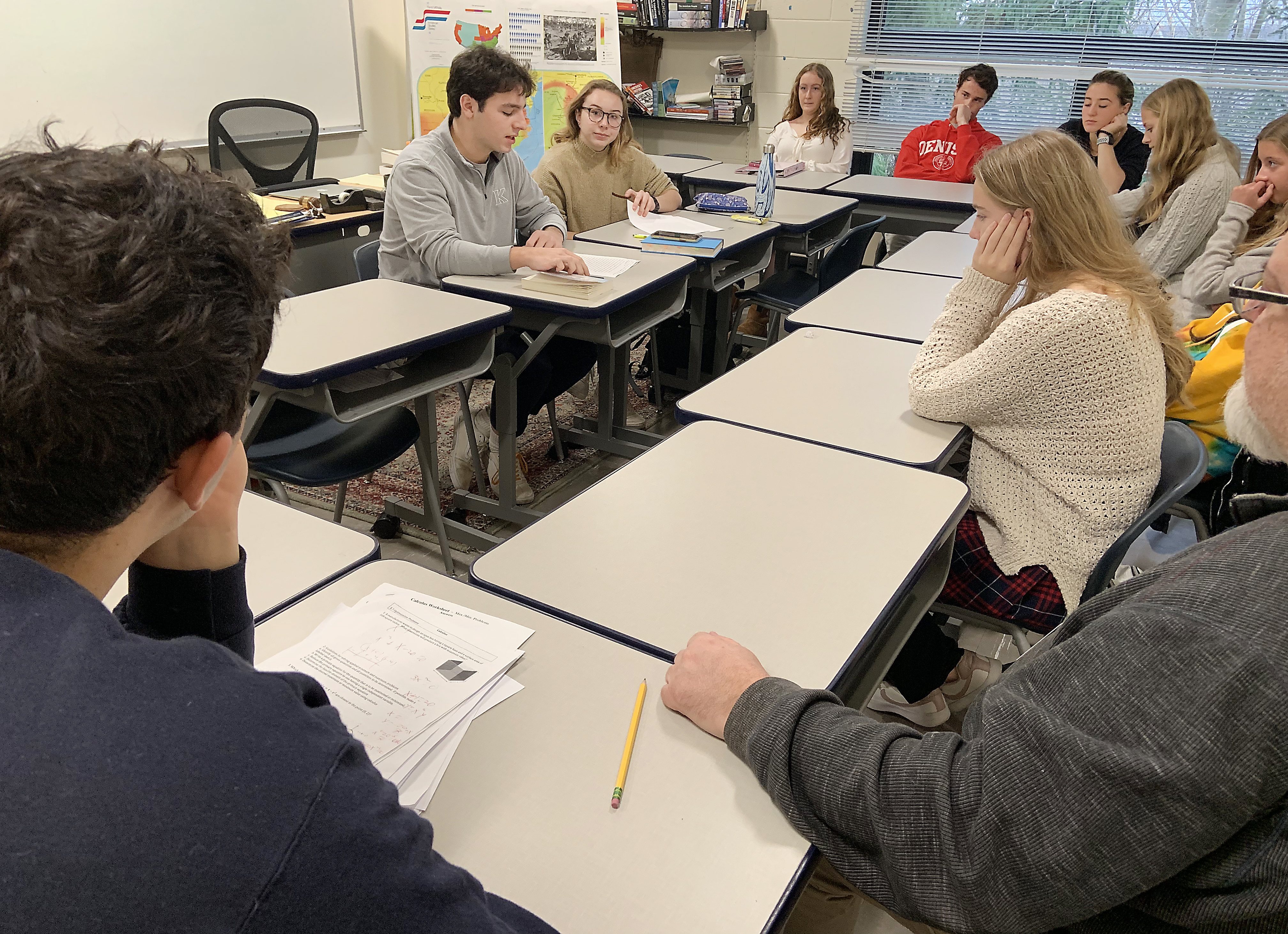 Mr. Galanopoulos, Chair of History Department, Social Sciences Faculty, welcomed several Staffulty into his classroom last month to enjoy an engaged dialogue by students as they reflected on a book they recently read and presented their book reviews. Mr. Galanopoulos provided the following reflection:

"During first semester, Philosophy students are exposed to the nature of philosophical thinking such as questioning the nature of reality, the good, beauty, knowledge, and experience. Students contemplate these questions by exploring Plato's Republic, which set such questions in motion and remains today as relevant to these questions as ever before, if not more, since the internet and social media have given new impetus to asking such questions. Students engage in daily dialogue and occasional formal debate, as well as writing essays on the nature of philosophy and the character of the philosopher. At the end of the semester, students are paired up and read books assigned by the instructor and produce book reviews as well as engaging in a conversation about the books they read. A large part of the class aims to have students connect their own experiences to philosophical questions, and live more according to the Socratic dictum, "The unexamined life is not worth living for a human being."

Students were assigned the following books:

Jess Price '20 comments, "I really enjoyed Mr. G's Book Review project. It was a much more creative and collaborative way to read and analyze a book than a typical class, and helped us understand the philosophical perspective of a book which others may see as more scientific. The dialogue that Andrew and I had was very interactive with the rest of our class and with Mr. G, and we learned even more about the book through class discussion and questions."

King students engage deeply with the experience of education - not just mastering material, but also inviting collaboration, applying knowledge, and making unexpected discoveries. This course is designed to inspire in students a sense of philosophical wonderment through the study of Classical and Modern Philosophy. Learn more about the Upper School at King.