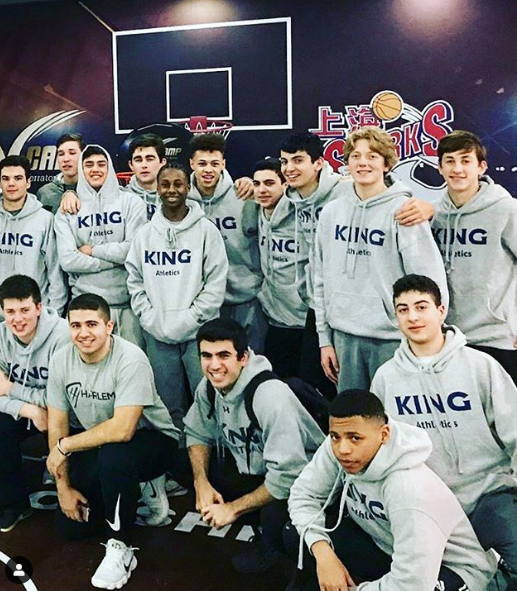 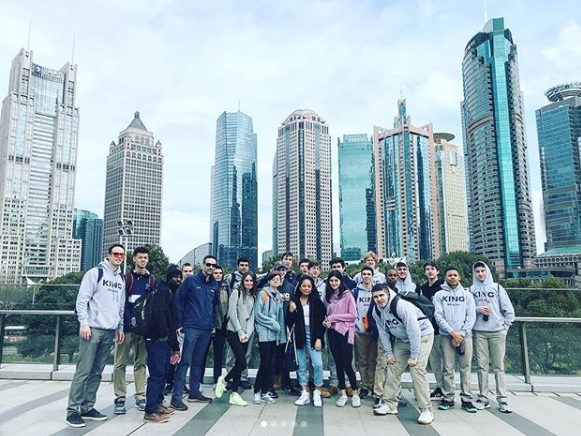 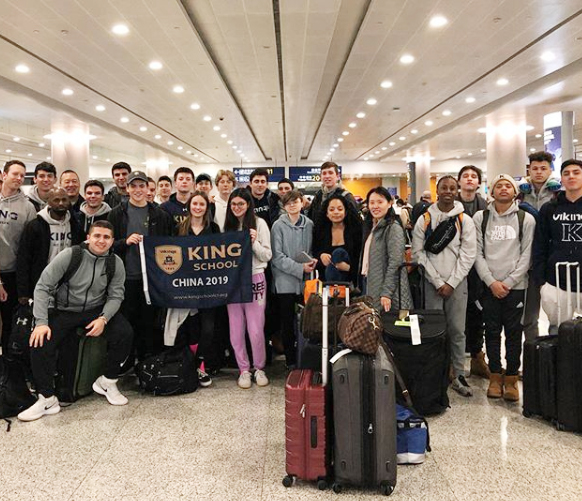 Nearly two dozen King School students will use their Mandarin and basketball skills to experience life as students in a major Chinese city for the next two weeks.

The students, who hail from across lower Fairfield County, including Greenwich, Stamford, Norwalk and New Canaan, were leaving for Beijing early Wednesday morning and will spend 12 days there.

They will join classrooms at the Beijing Jianhua School, and visit the Great Wall of China, a giant panda sanctuary, the Silk Street Market, Tiananmen Square and the Forbidden Palace.

A handful of students from the private school in Stamford will live with Chinese families for a few days, and the basketball team will play friendly games with a junior NBA team, a local youth team and two school teams.

"That's what makes this trip unusual — the interdisciplinary aspect of it — which is really one of the pillars we strive to implement in Global Studies," said Gilles Chosson, director of Global Studies at King.

The trip culminates more than a year of work, which included Chosson and Director of Athletics Micah Hauben scouting the trip in advance.

Juniors Cate Leibowits of Old Greenwich and Grace O'Connor of Stamford along with senior Ari Maki of Stamford were on board with the China trip from the beginning.

The three students chose Mandarin because they wanted to study "something new." They now can put their skills to the test.

"In our Chinese class, we speak in Chinese," O'Connor said. "But it'll be nice to use everything we learned and see how much we've retained."

New vocabulary on food and directions will be key, Leibowits and O'Connor said.

Learning Chinese presents a host of challenges, including memorizing characters and distinguishing between tones that can change the meaning of a word, O'Connor said.

"We look at a character and we do not immediately know what it means because it is not written in the letters we use," Leibowits said.

After studying Mandarin for five years, O'Connor looks forward to hearing and experiencing the language.

Maki is excited to practice his language skills and discover the culture of China.

"I think it's pretty different from here, I want to see what those main differences are," he said.

The cultural difference extends to basketball, too.

"I know that China has a big obsession with the NBA," said Taylor Perlman, a junior from New Canaan. "The NBA is the second-largest American brand."

Junior Dylan McMorrow of Stamford thinks the Chinese basketball players can teach American players a few things about the game.

"They're more focused on the fundamentals and set plays, where we focus on athleticism," McMorrow said.

"Sports can provide a view of society and the world that is greater than just day-to-day practices," he said.

International basketball is slower and focuses on technicalities, while American basketball focuses on energy and individual personalities, Perlman said.

The differences between the two will help the teammates see their game in a new light.

"It is a once-in-a-lifetime experience, it will be cool to see the differences between our game and what we can teach each other," McMorrow said.