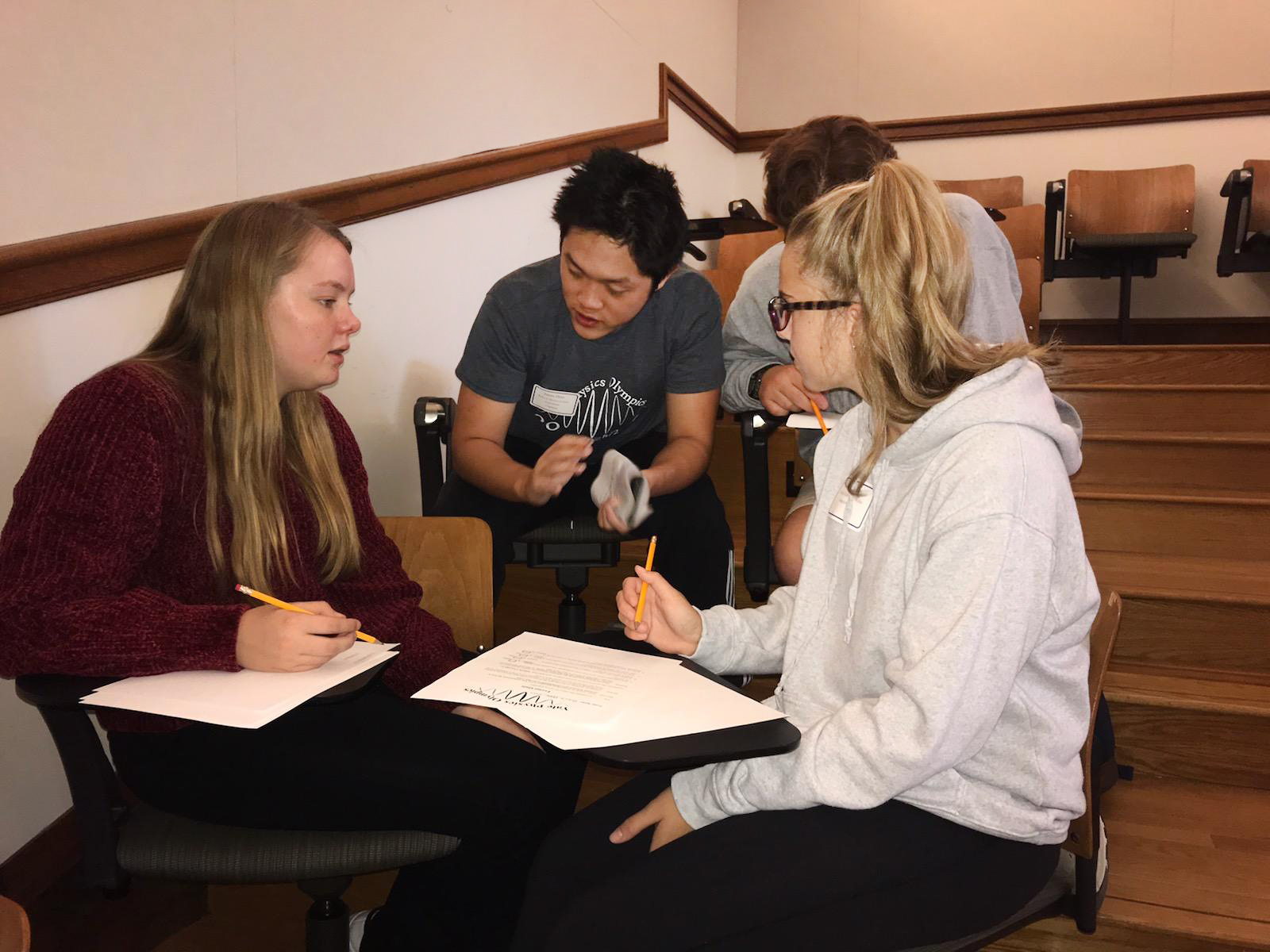 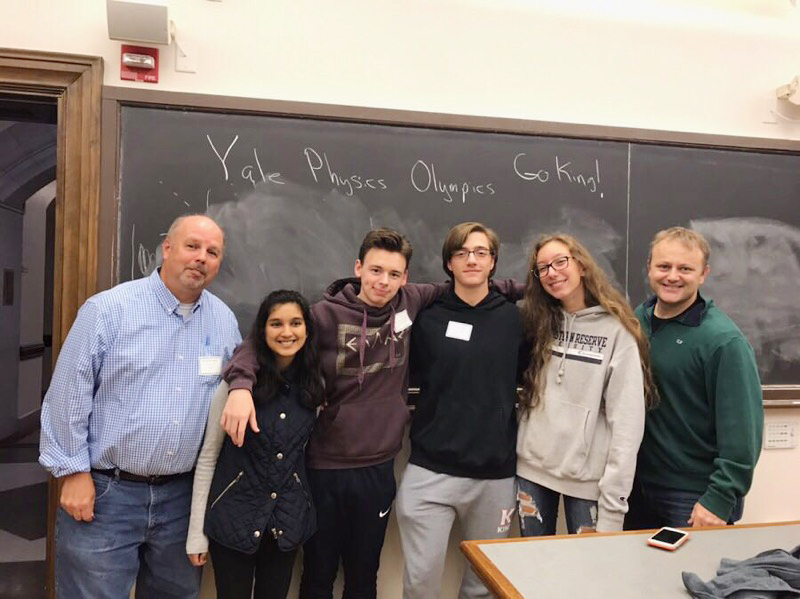 It was an Olympic competition but there was no running, jumping, or skiing. Instead, there was calculating, brain storming, and fun. Eight US students competed in the Yale Physics Olympics (YPO) on October 12, which consisted of a new set of exciting challenges that demanded, at the very least, solid understanding of physics, mathematical acuity, and savviness with tools and instruments. "The spirit of Isaac Newton was palpable! Overall, King students out-performed half of the other competitors. Not bad!  Moreover, on the grueling Angle challenge, our teams earned 4th and 5th place out of 40 teams," comments Dr. Castonguay, Chair of Science Department, Director of STEM.

The YPO, which was established in 1998, is an all-day physics competition for Connecticut and surrounding area high school students and teachers. This year included 40 high school teams comprised of four members each competing in five events. Four of the events were lab based, and the fifth was a "Fermi" quiz where students estimated to the nearest power of 10. Questions included:
1) How many trees will be saved if all stores in Manhattan stop printing paper receipts for one year?
2) In metric tons, what is the total weight of Acetominophen tablets taken by people in the US in one day?
3) If all the almonds produced in the US in one year were packed into a sphere what would the radius be in kilometers?
4) In the US, what is the ratio of water used by all fire engines, to water used by all households (exclude industrial uses)?
5) How many liters of oxygen are inhaled in one human lifetime?
6) How many high school physics teachers are in the state of Texas?

In one lab exercise, where our King teams placed 4th and 5th out of the 40 teams, the groups had to determine the index of refraction of a block of translucent material using a laser and measure how it was deflected. Another lab had teams maximizing the intensity of a beam from an LED on a sensor approximately two meters away using a series of lenses.