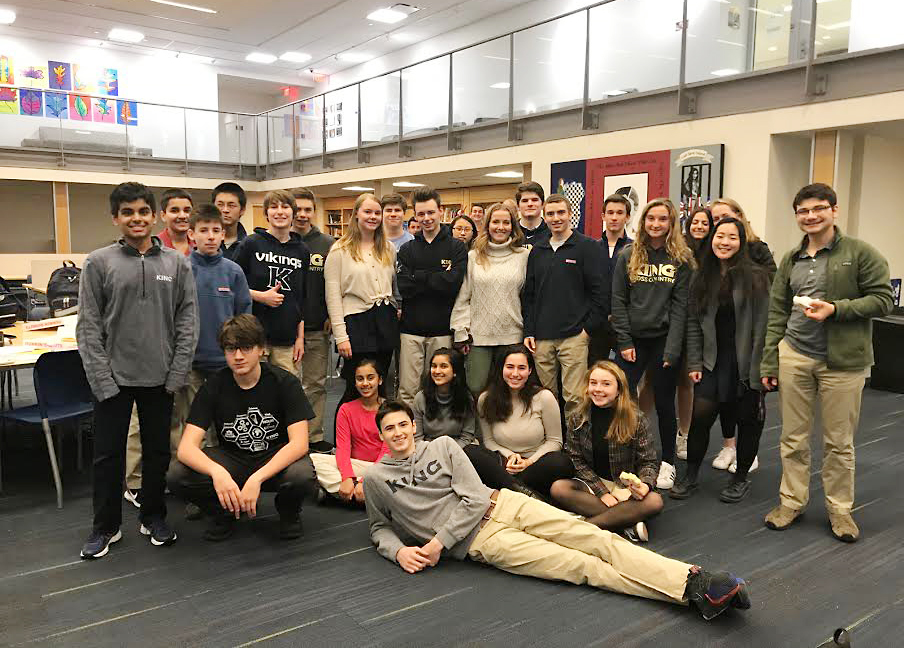 Congratulations to the members of our Math Team who competed in the State Competition on April 4 at Haddam-Killingworth High School. Out of all "Small" schools - there are 22 schools in this category - King placed second behind Christian Heritage. The team has been invited to compete in the New England Math Competition in Canton High (Mass) on April 26. 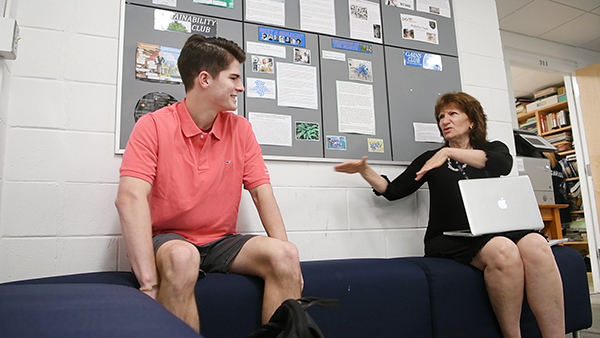 To add to this success, Cam Raker '19 achieved a perfect score at the State competition for the second year in a row. "Math is interesting, it makes sense. Things that are math-based are not subjective. There is a right answer and a wrong answer, it is black and white, and I like that it is definitive and that it all makes sense and connects," comments Cam.

Ronnie Harvey '22 joined the Math Team last year, "I decided to join the Math Team in 8th grade because I knew how great a teacher Dr. Khiznichenko was and I knew it was a great opportunity to grow as a math student. This year, I made the Math A Team,  something of which I am very proud. The Math Team helps me with my problem solving abilities, something useful to have in the future."

Clare Lia '23 adds, "This year, I saw a lot of improvement in the amount of points I was able to score and in my ability to work out problems that I have never seen before. Last year, as a 7th grader, I was getting anywhere from 1-6 points every match, but this year it has improved to 7-13 points.

I believe that the competitions help me because they offer an extremely different way of looking at math. In the competitions, the problems keep changing and are often getting harder every year. This means that you never know what to expect on the test, and you have to come up with a way to solve it on the spot using prior knowledge. Being able to solve a new type of problem on your own is an extremely useful skill to have and will help a lot in the future."

Good luck to the entire team in the NE Competition at the end of April!