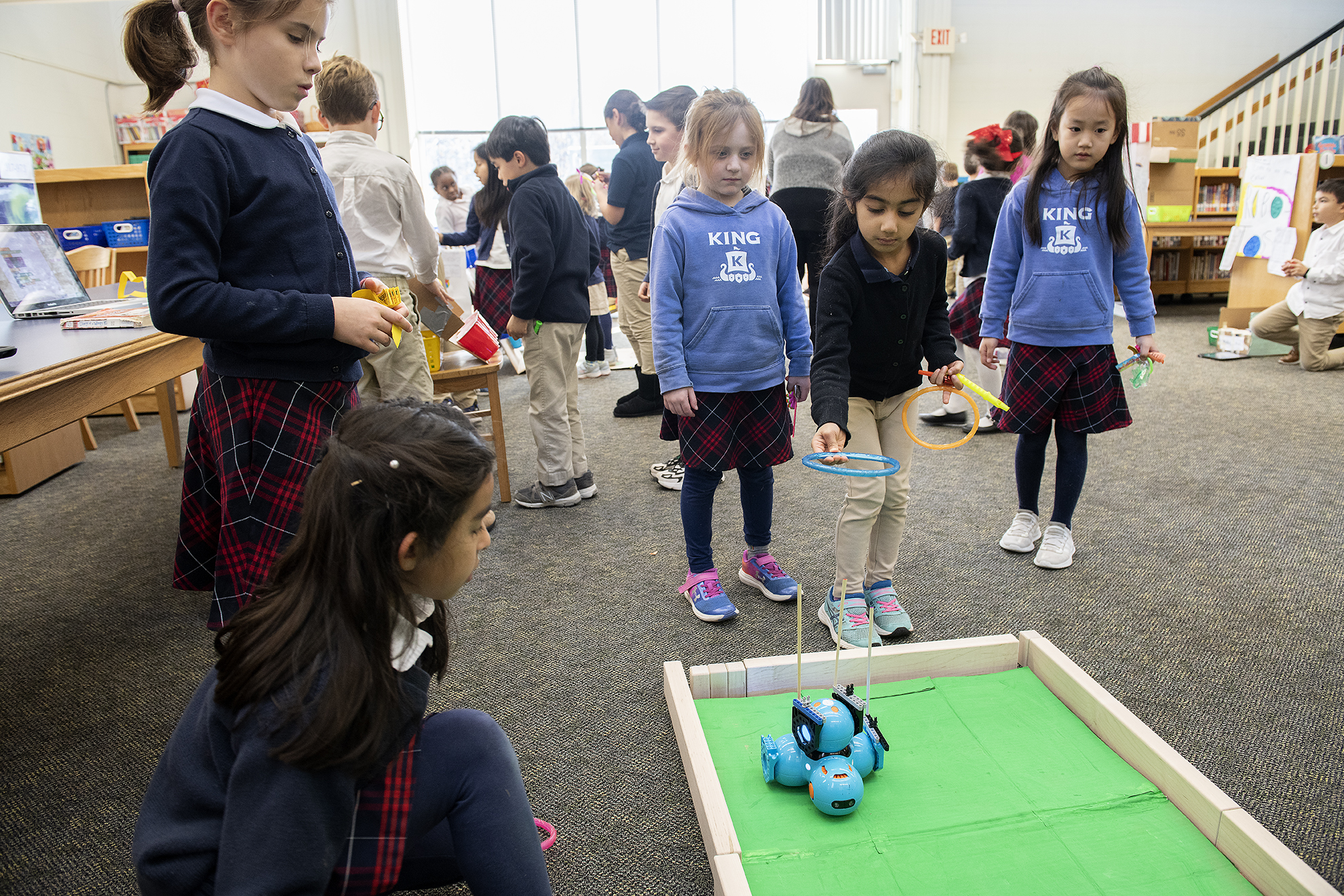 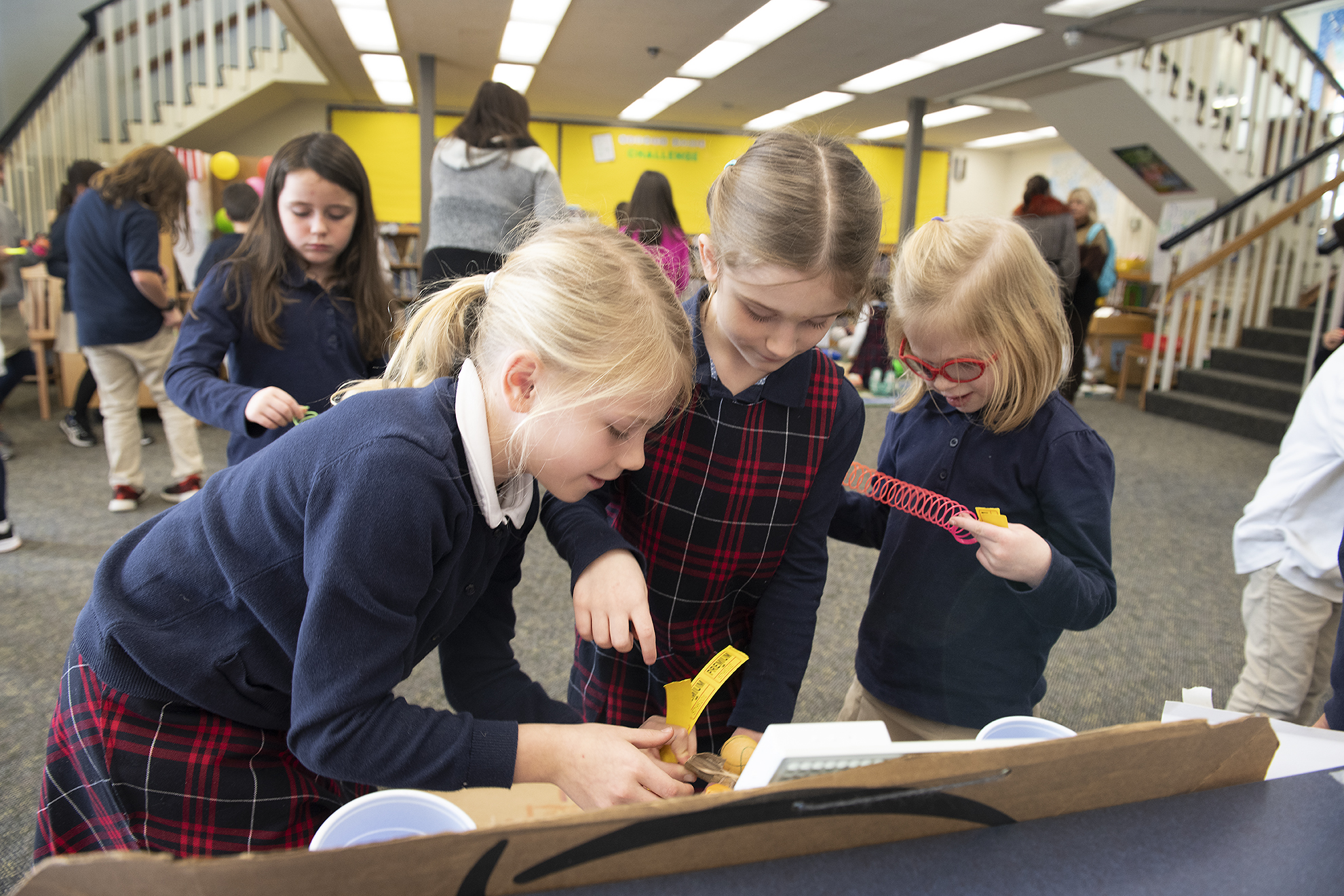 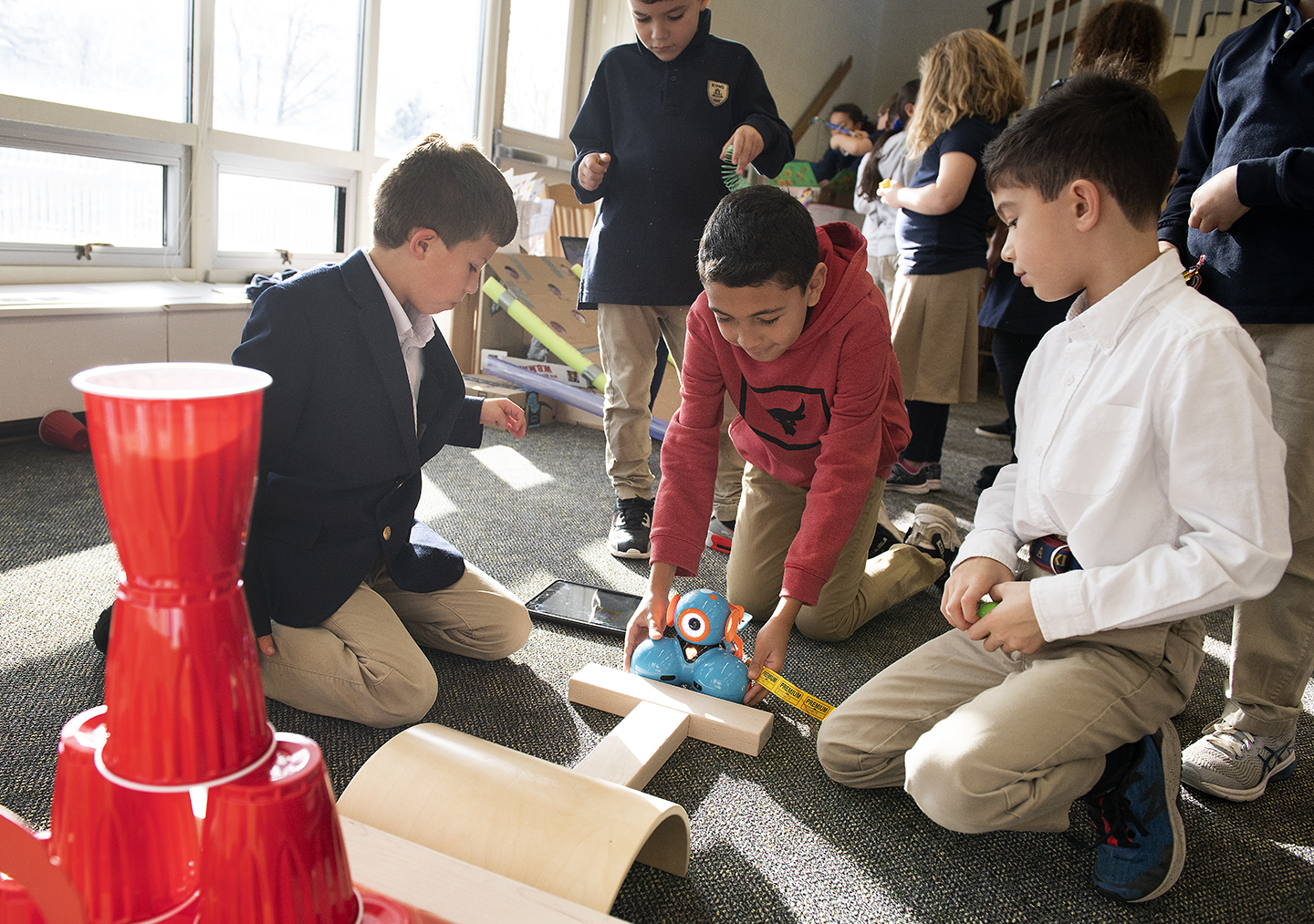 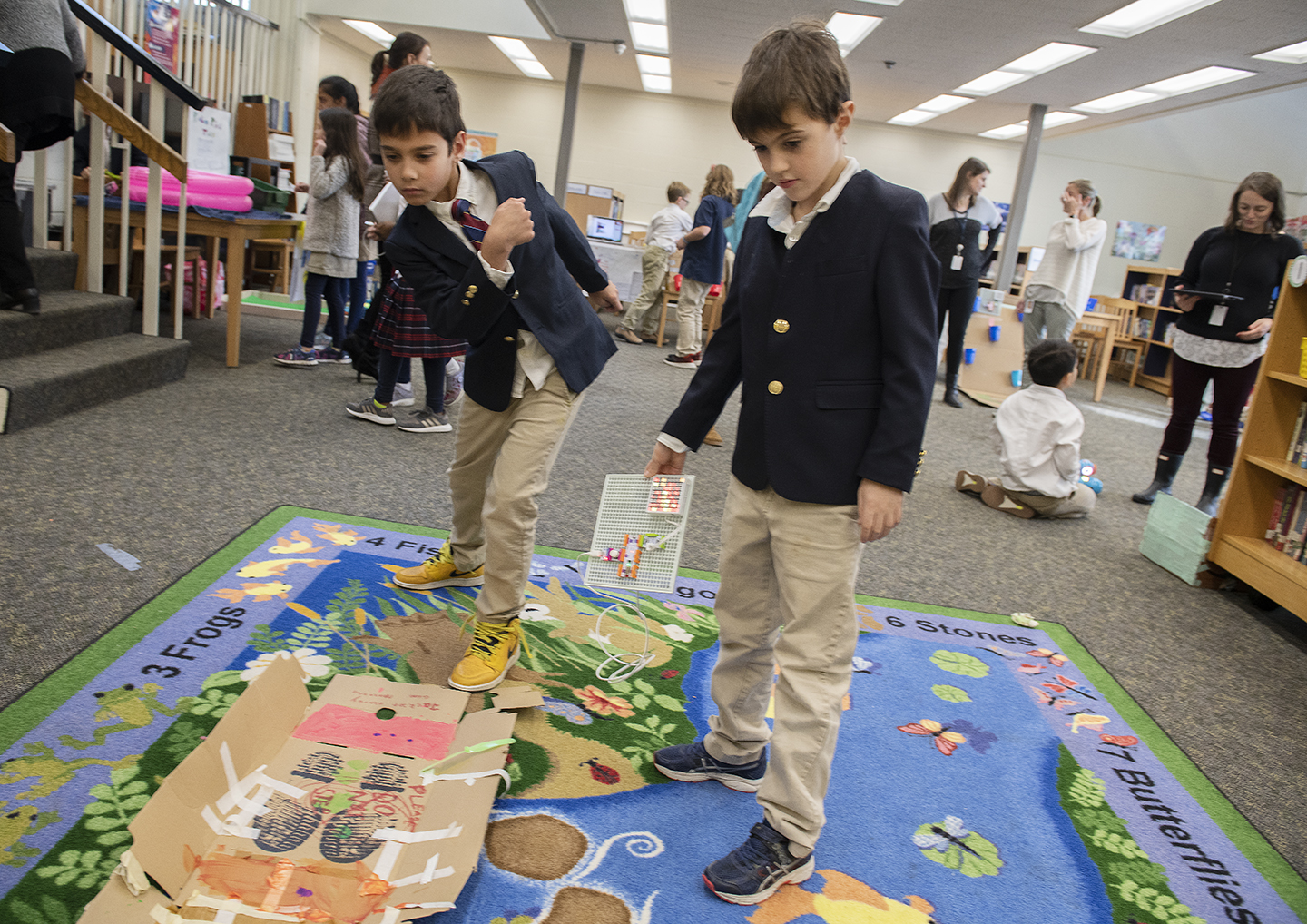 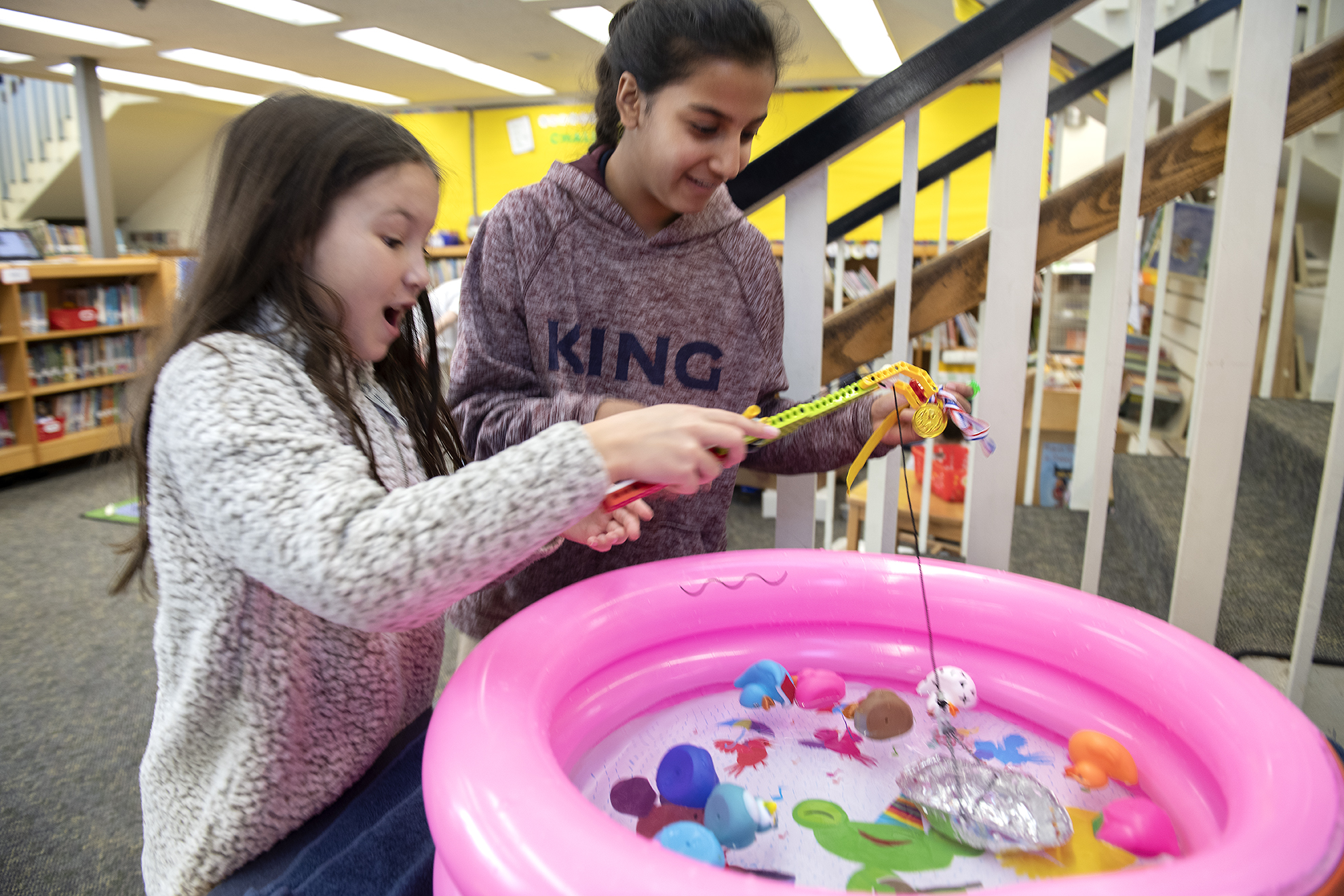 The Lower School Library was transformed into an interactive carnival complete with a Lego ferris wheel, games, and prizes as Grade 3 students presented their Motion Carnival on Wednesday afternoon. Students have been studying the properties of force and motion and to further their understanding of these concepts, they collaborated in a project-based learning environment to build and make a particular carnival game of their choice that demonstrated these properties and also included new technologies: Lego robotics, Dash and Dot robots, and digital scoring. They drew inspiration from the documentary Caine's Arcade, which featured a cardboard arcade created by then 9-year-old Caine Monroy out of boxes and everyday objects.

Students worked together on their games, thinking about the materials they needed, including the use of technology. They designed their projects by sketching and jotting ideas and then set out to build their games. Throughout this hands-on project, students learned to problem solve and make improvements with materials if the result was not what they had originally planned. This, in turn, helps them to grow as flexible and nimble thinkers. All LS students and Staffulty were invited to the carnival to play and learn about the games the class created. This student-led activity allowed not only the students to be learners but to be teachers, as well.

Mr. Lener, Science Faculty, adds, "From a science perspective, students use the concepts learned in class to describe what is happening in their games. For example, when a ball is at rest, it has potential energy. As it is thrown through the air, not only is there a push force acting upon it, but that potential energy is now kinetic energy. The force of gravity pulls down on the ball, which allows it to land into one of the cups. The ball stops moving due to friction. Using vocabulary discussed in science, students were able to write down and describe the methods of how their games were played from a scientific perspective. Students chose their own games with help from their teachers and the engineering design process allowed students to engage in hands-on learning through the concept of STEM (Science, Technology, Engineering, and Math).