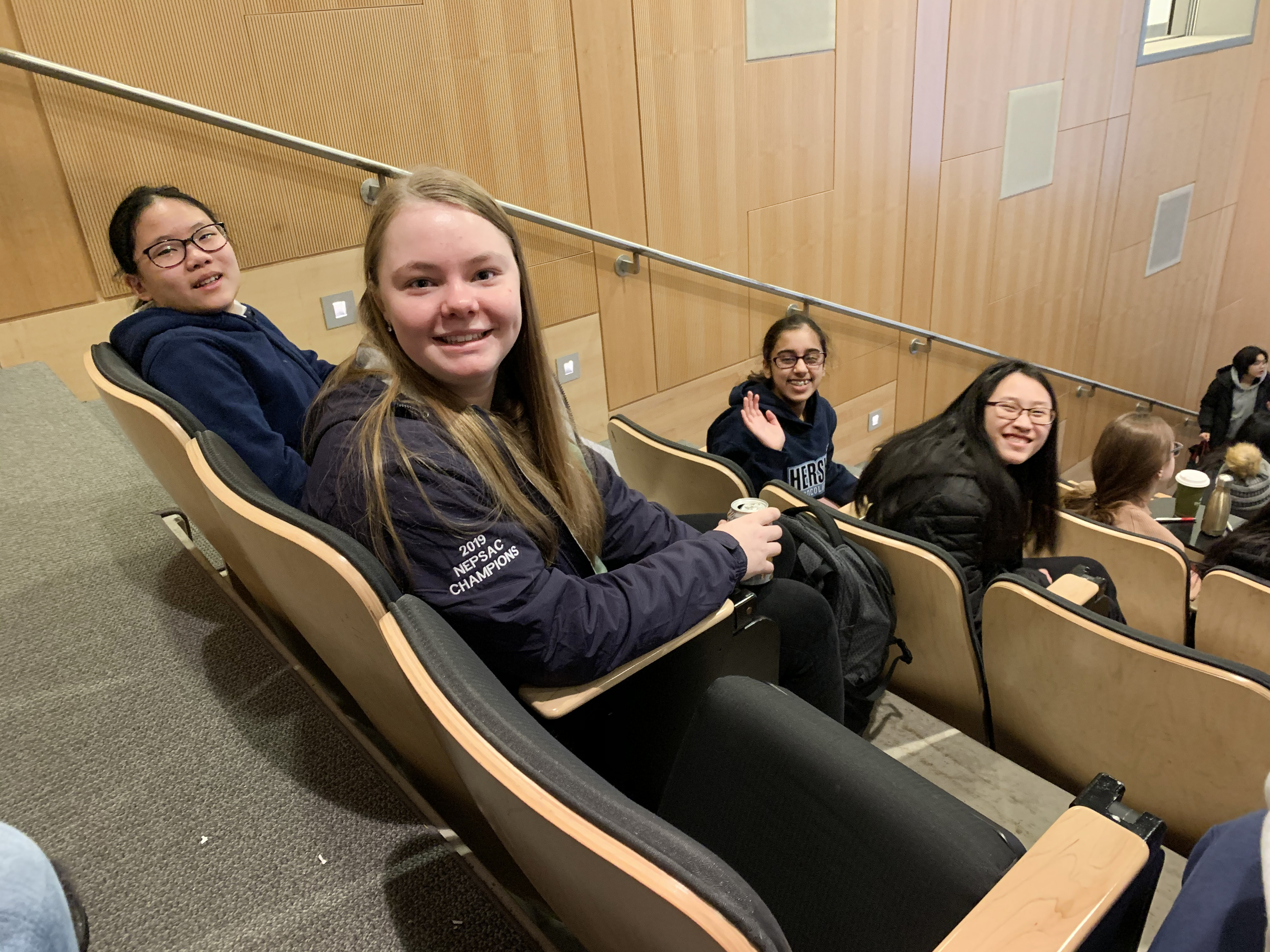 In early February, four students took part in the "Girls in Math" competition at Yale University. Gouri Krishnan '23, Nadia Kucher '21, Clare Liao '23, and Sophia Leng '25 made up Team Alpha, representing King extremely well. Every year, over 50 girls from surrounding schools gather at Yale for a day of problem-solving, competition, and learning. According to the 'Girls in Math' website, "We hope to cultivate a love for math and the sciences in a younger generation and celebrate the diversity that is already present in these fields at the university level."

The girls spent the entire day on campus, not only competing but also talking to the Yale students during lunch and listening to the presentations by Yale professors. Dr. Victoria Khiznichenko, Chair of Mathematics Department, comments, "The team did a tremendous job and I was glad to have Sophia join us since she is only in Grade 7. She was very excited to be on the team with our older students and contributed greatly to our success." 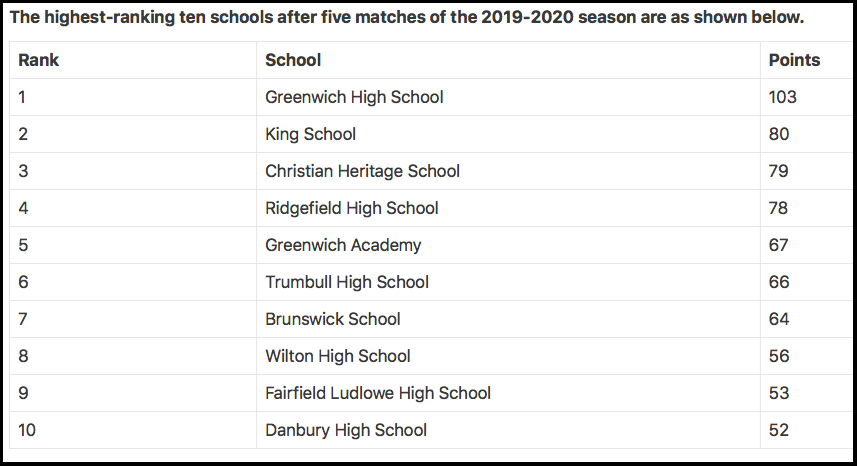 In other Math news, our US Math Team is currently ranked in second place, out of ten local schools, for the 2019-2020 season! The Math Team is a group of students whose knowledge and love for Mathematics is outstanding. The students compete with other Fairfield County schools six times per year. Prior to attending meets, students must complete at least 48 problems in a packet handed out by the Math Team coaches. Congratulations to all our mathematicians! Learn more about STEM at King.