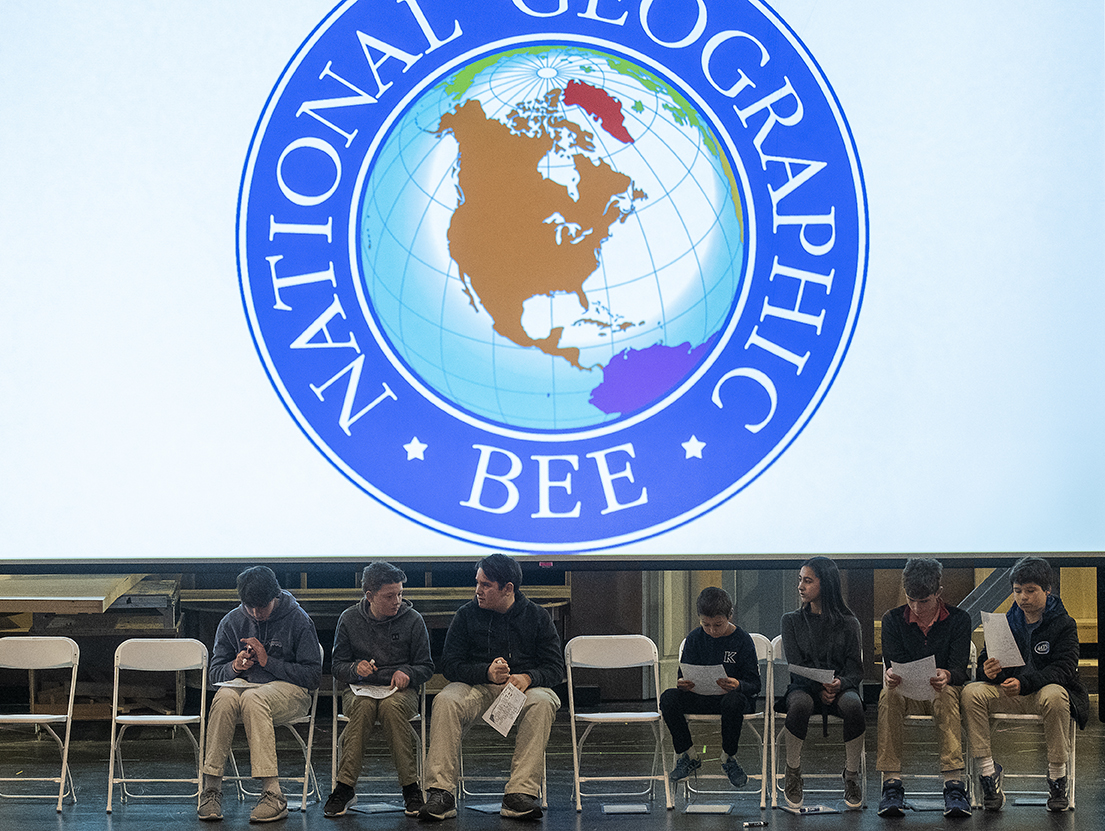 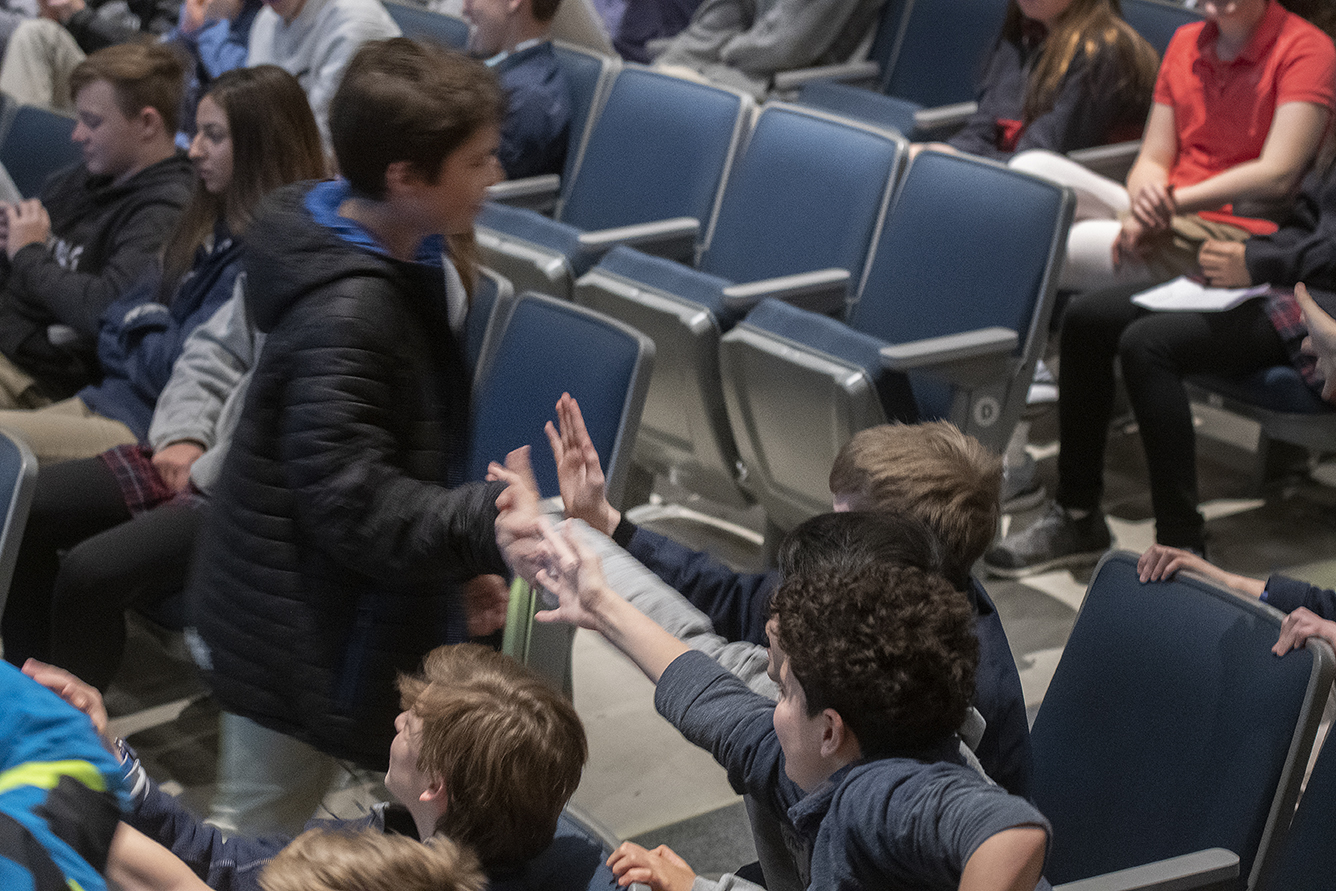 In the end, it was a battle of the grades as three students sat on the stage in a row of otherwise empty folding chairs. Colt Jones, Grade 6, Alex Stuebe, Grade 7, and Will Kearns, Grade 8, waited patiently for the next question during the final round of the 5th Annual National Geographic GeoBee earlier this week. To prepare for the GeoBee, all MS students participated in the preliminary rounds in their history classes following winter break.

According to National Geographic, "The GeoBee is an annual competition designed to inspire and reward students' curiosity about the world, Students from nearly 10,000 schools across the United States will compete for a chance to win college scholarships and the glory of being the National Geographic GeoBee Champion."

Colt was the next to be eliminated and was welcomed with an array of high fives from his classmates as he returned to his seat in the Grade 6 section of the PAC theater. "I was super nervous, I was shaking the whole time, but before I answered, I held my breath and all my trouble went away for those 15 seconds and I knew I would make it. But I didn't know I'd make it so far," comments Colt.

Alex and Will battled it out with a variety of questions, with answers ranging from Panama to Sweden. The two boys raised their whiteboards with their final answers revealed and Mr. Waller announced the correct answer. Alex was victorious. The Grade 7 section erupted with cheers and excitement reminiscent of an alpine skier crossing the finish line for the gold medal. The two boys shook hands and descended the stairs into the arms of their fans. Alex will now take an online test to qualify for the State Bee in March.

Will comments, "It was an opportunity I thought I would never get to experience. I had never made it to the final round before this geography bee. My classmates who were cheering me on helped me motivate myself to win the competition. Although I lost in the end, it was an amazing experience."

Alex adds, "I love geography and there is so much to learn about the world. I like learning where everything in the world is located and that is a great skill to have. Before the final question, I felt so happy that I had so much support whenever I got a question right. But when I got the last and most important one correct, everyone was so enthusiastic that they jumped out of their seats and immediately congratulated and hugged me. It was amazing that I had so much support from the King community."

The lessons learned during the GeoBee were centered around world geography, but what really resonated in the theater that morning was the support and excitement shown by our entire MS student body. Everyone was a winner.

Learn more about the Middle School program at King.