How do enemies get in to a castle? When will the dragon egg hatch? King PreKindergarten students lead their medieval quest.
Dec 2 2020 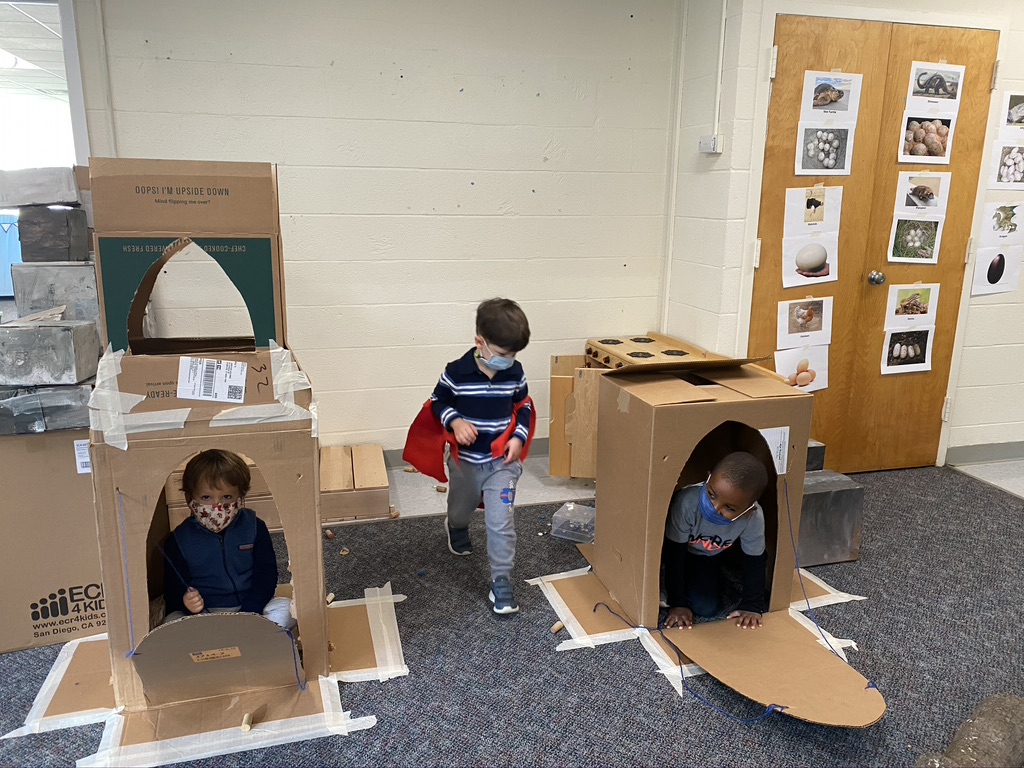 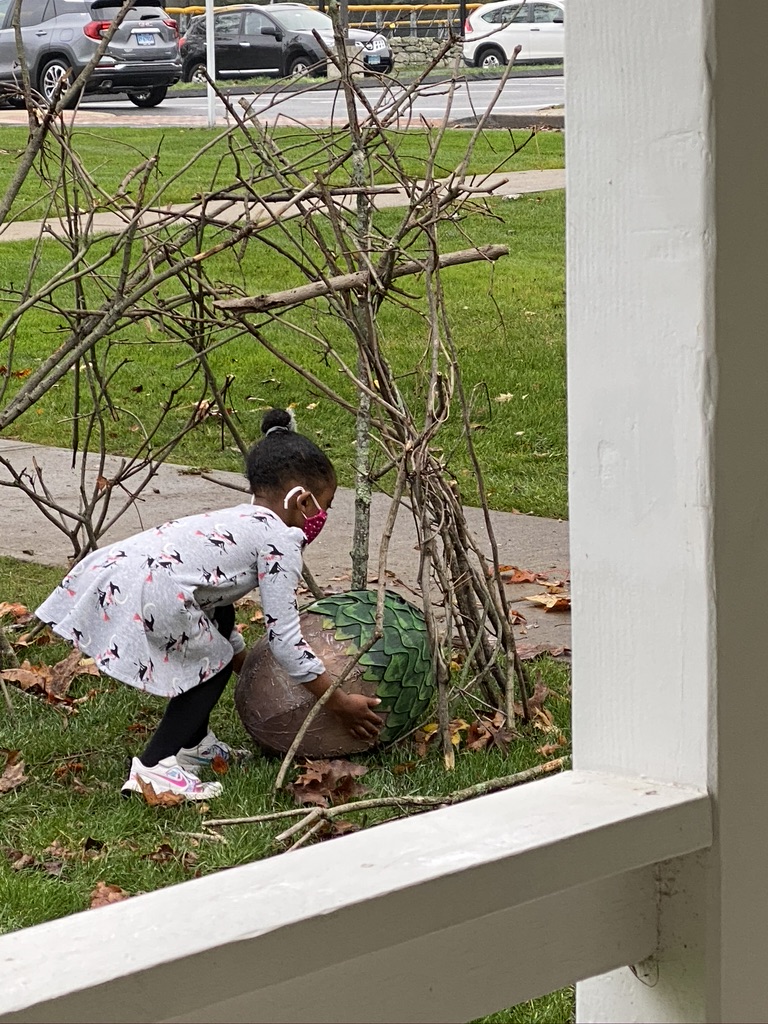 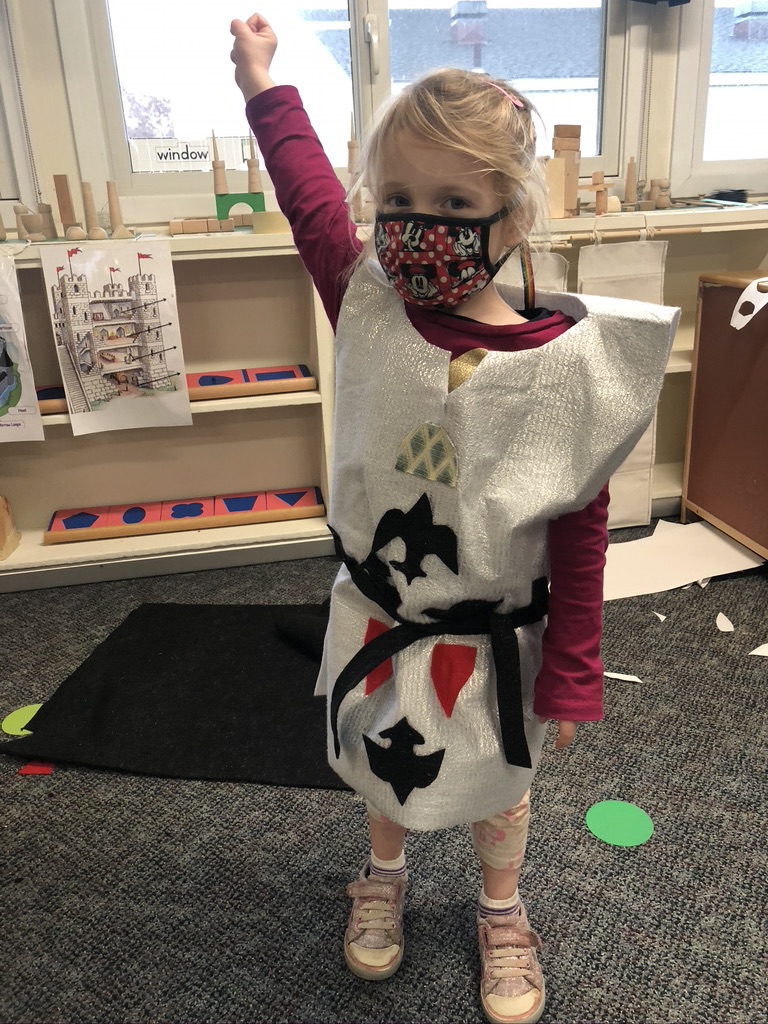 King School’s Reggio inspired Pre-Kindergarten and Kindergarten program employs an emergent curriculum where the children’s own discoveries, questions, accomplishments, and challenges become the fodder for the classes’ curricular scope and sequence. This fall, King Pre-Kindergarten students viewed a cardboard box as a castle, which propelled the class on a medieval learning quest, exploring architecture, dragons, armor, horses, tapestries, and more.

The students began by pooling their existing knowledge about castles and brainstorming questions to research. Jack shared that castles “have a gate to open at the entrance,” Griffin added that castles “have water around them,” and Savannah knew “we can make them out of cardboard.” Then students posed their initial questions, including:  “What are castles made of?”, “How would enemies get in?”, “Where are castles?,” and “Do castles have magic?”

Their curiosity afire, the young researchers looked at pictures and a 3D virtual tour to explore castles around the world, observing their appearance, naming their components, and experimenting with building structures to understand what shapes and materials were viable in constructing their own castles. “Rainbow Castle,” which the students built and painted together, featured turrets, a moat, drawbridges, crawl spaces, and was ringed by a flight of dragons which students created as marionettes to protect against invaders.

Jen Agro, PreKindergarten Faculty, believes deeply that “children are the protagonists for their own growth. They have the ability to ask their own questions and to teach and learn from one another.  When students drive the ideas, then all sthe learning accomplished becomes deeply meaningful, personal, and reflective of the students’ abilities and needs.” Supported by Ms. Agro and PreKindergarten Assistant Faculty Summer Segalas Lackey ‘10, the children’s curiosity led them to:

To complete their medieval studies, the students have decided to research stained glass picture-making and then design and build their own stained glass windows. As the final challenge in their quest, they will explore and create tapestries.

Reflecting on her students’ medieval journey, Ms. Agro concludes, “Our Reggio inspired program recognizes that young children see the world through a fresh lens with bright perspectives, curiosity, and passion. Children need experiences which honor who they are as thinkers and tap into their unique reality. There is no better way to do this than through play. Play is the work of young children. Play fosters within them the desire to explore, create and think critically about their work and the work of others. Through play, children learn to solve problems, try new things, tell stories, build, measure, balance, sort, and use descriptive as well as expressive language.  All of these skills help to form the foundation necessary for children to grow into strong readers, writers, and mathematicians.” 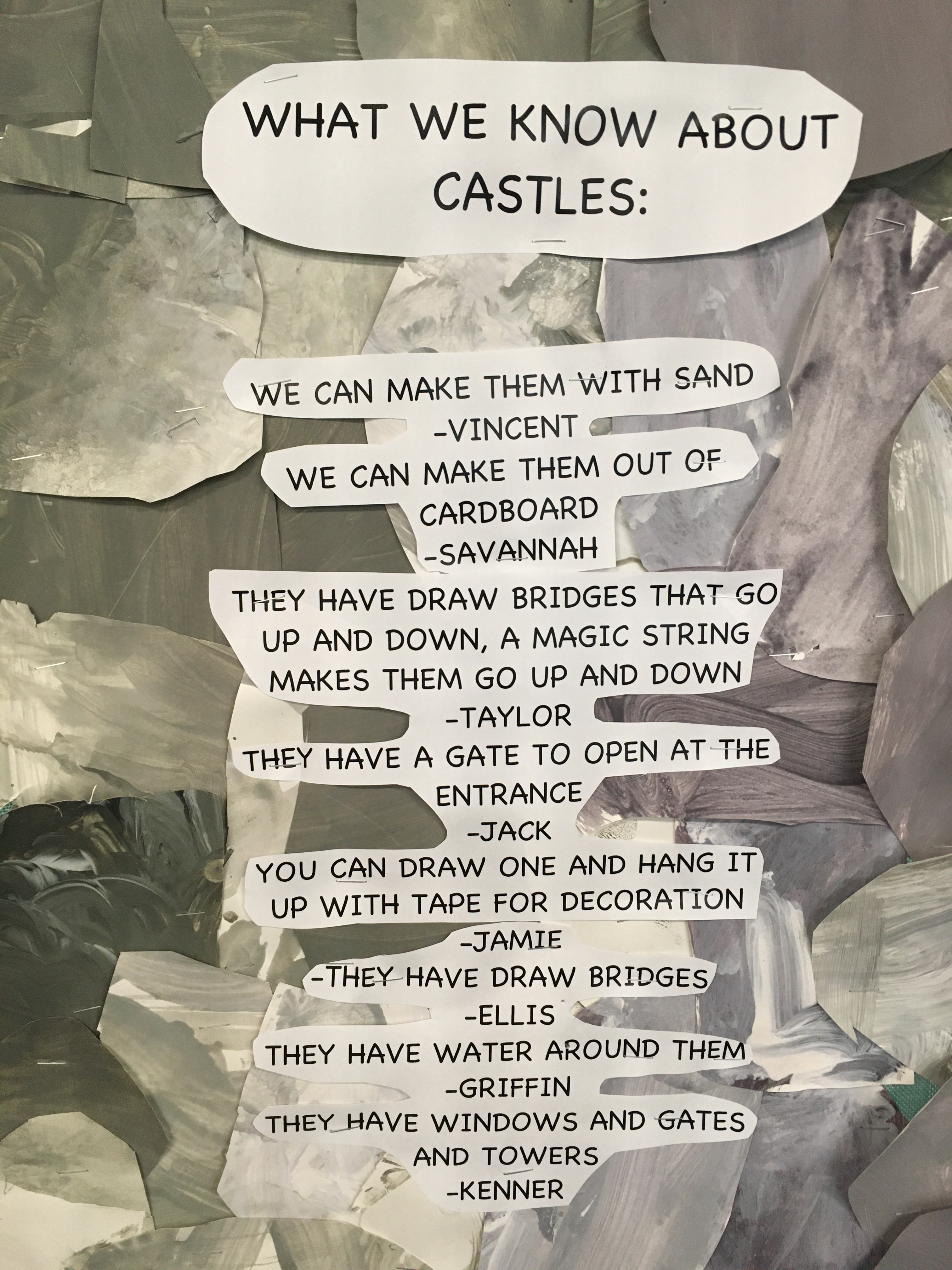 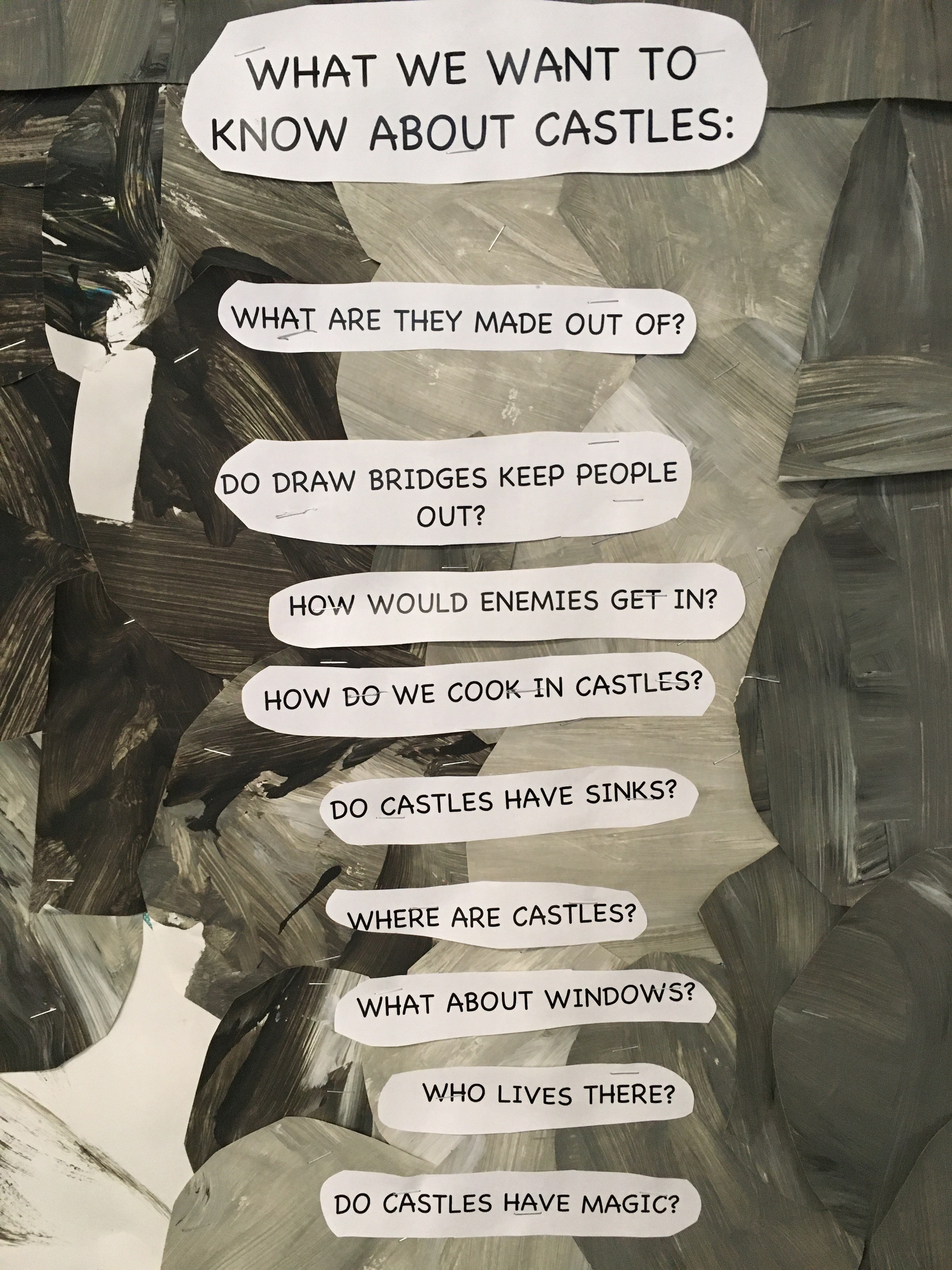 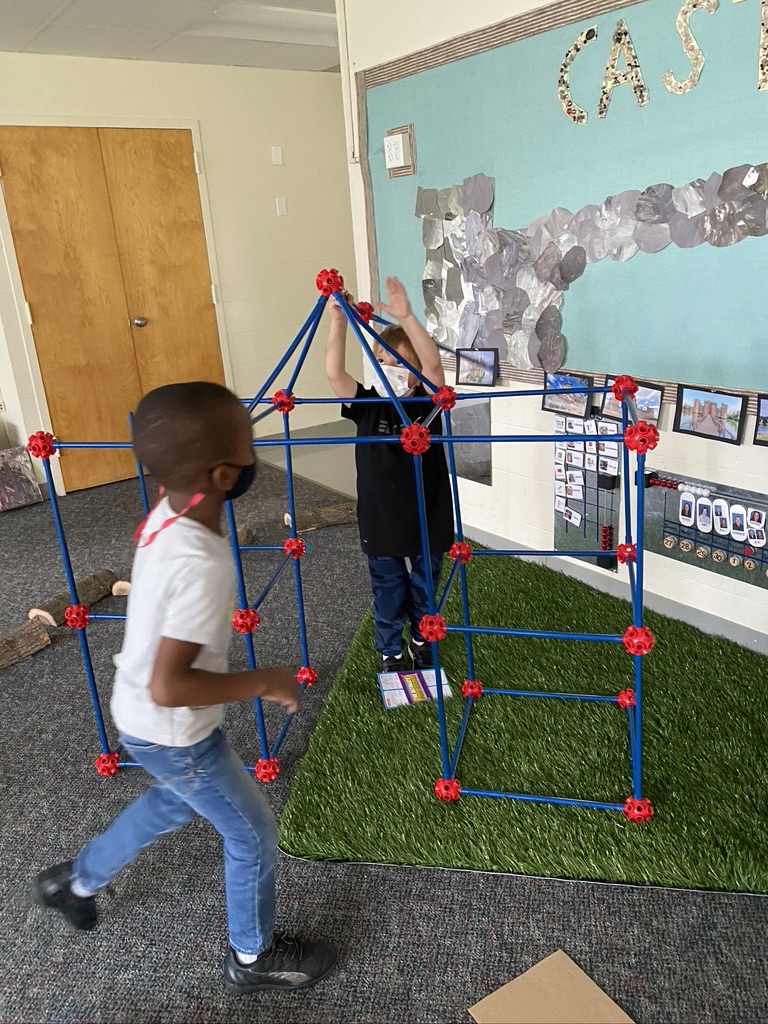 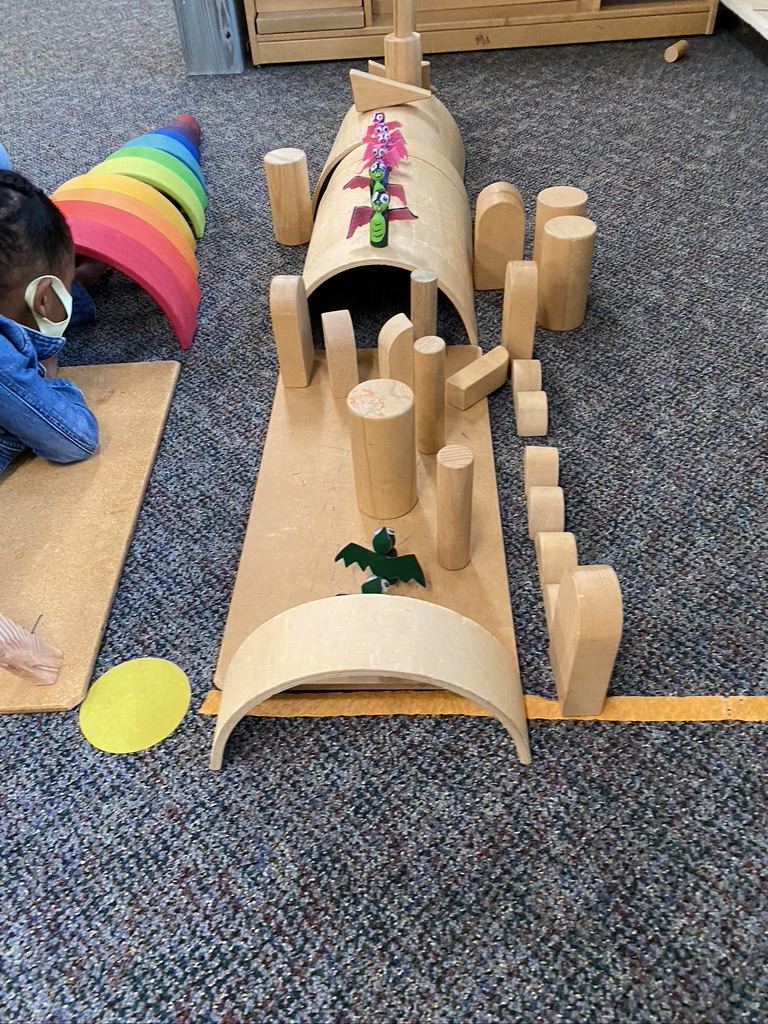 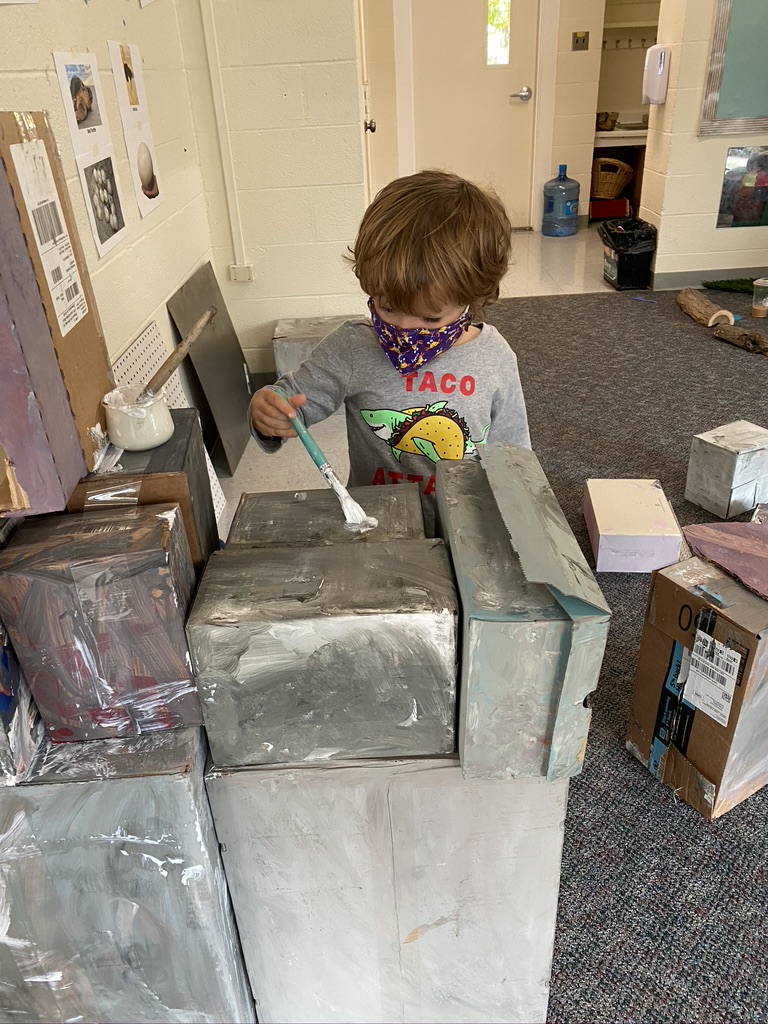 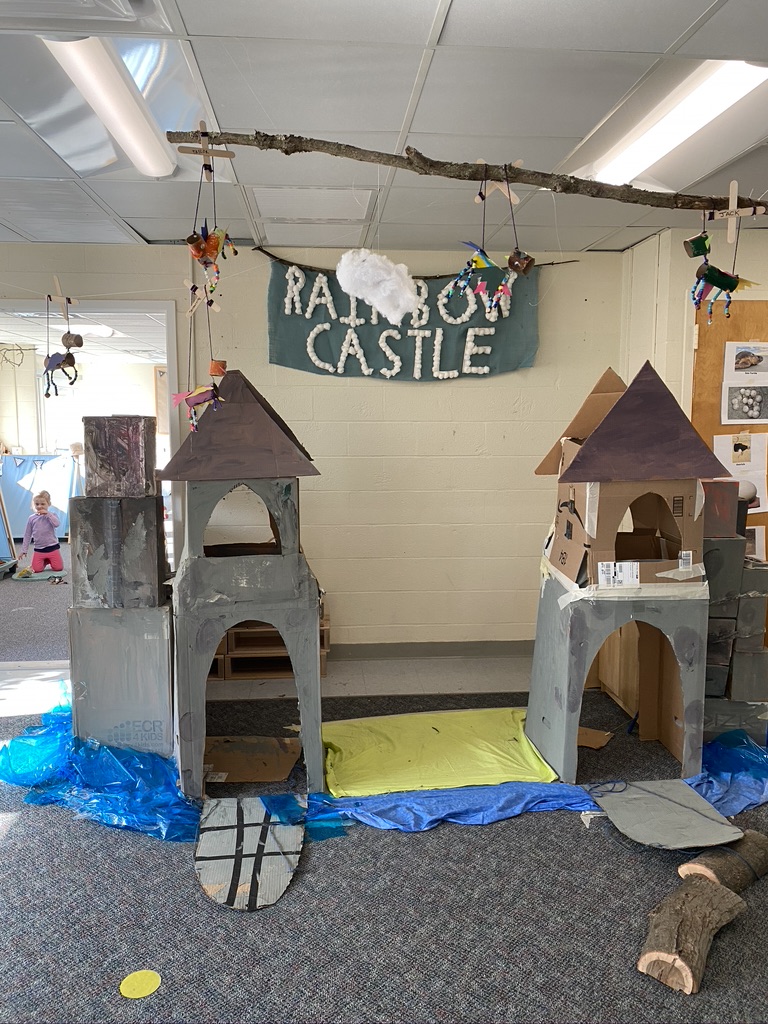 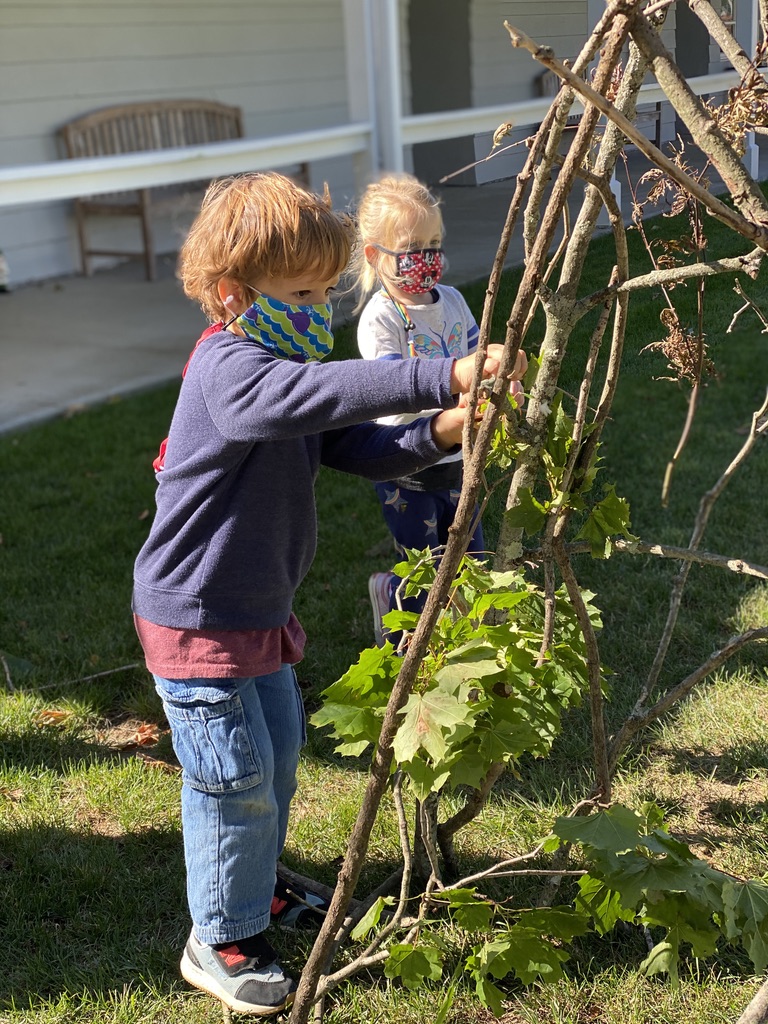 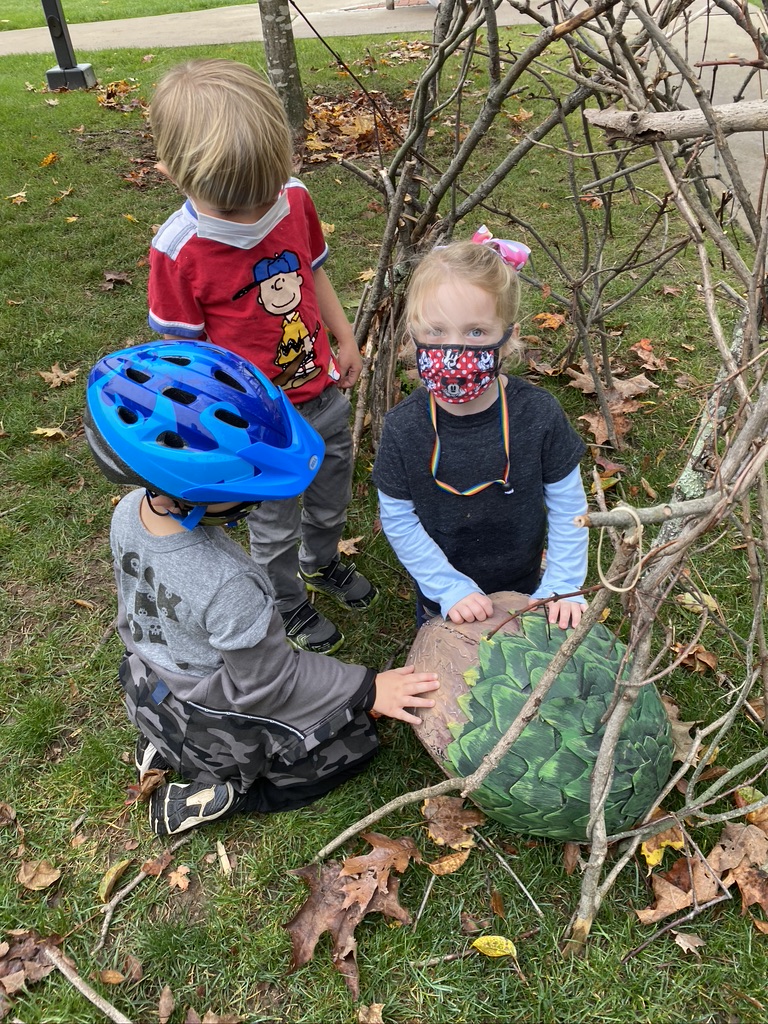 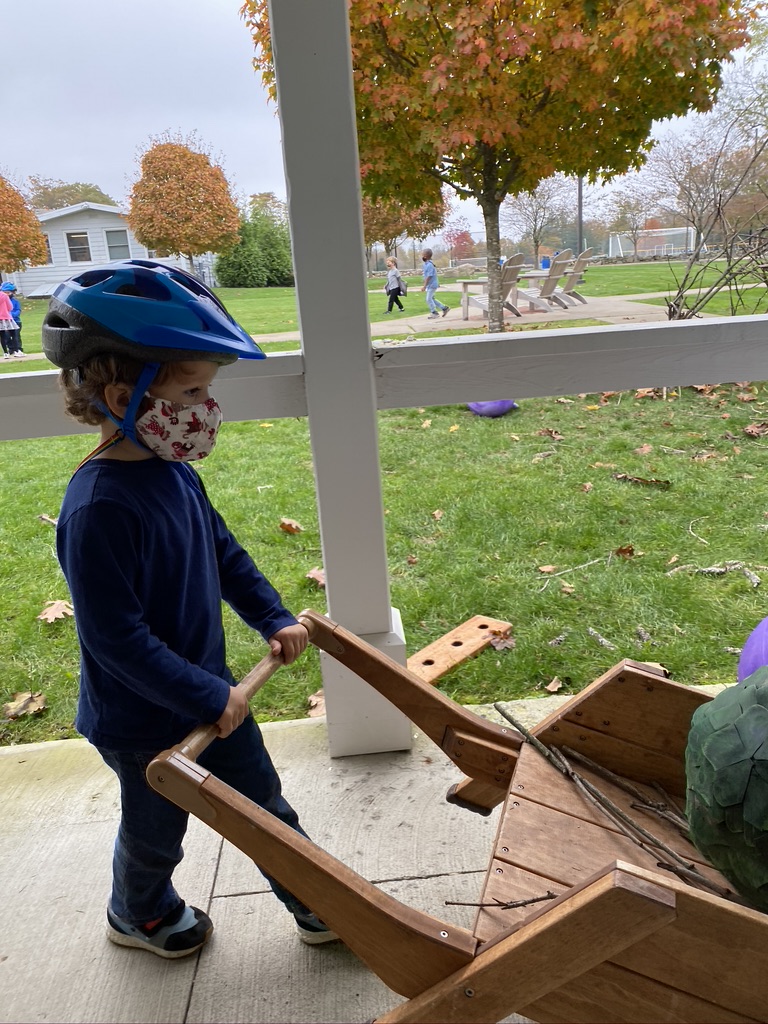 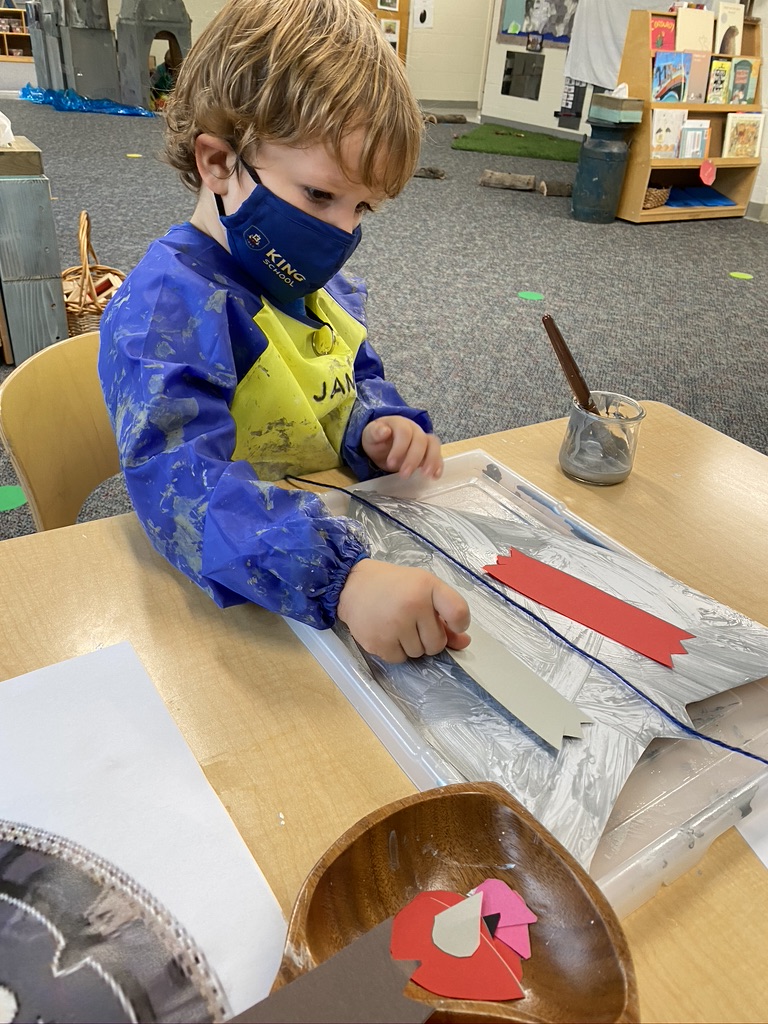 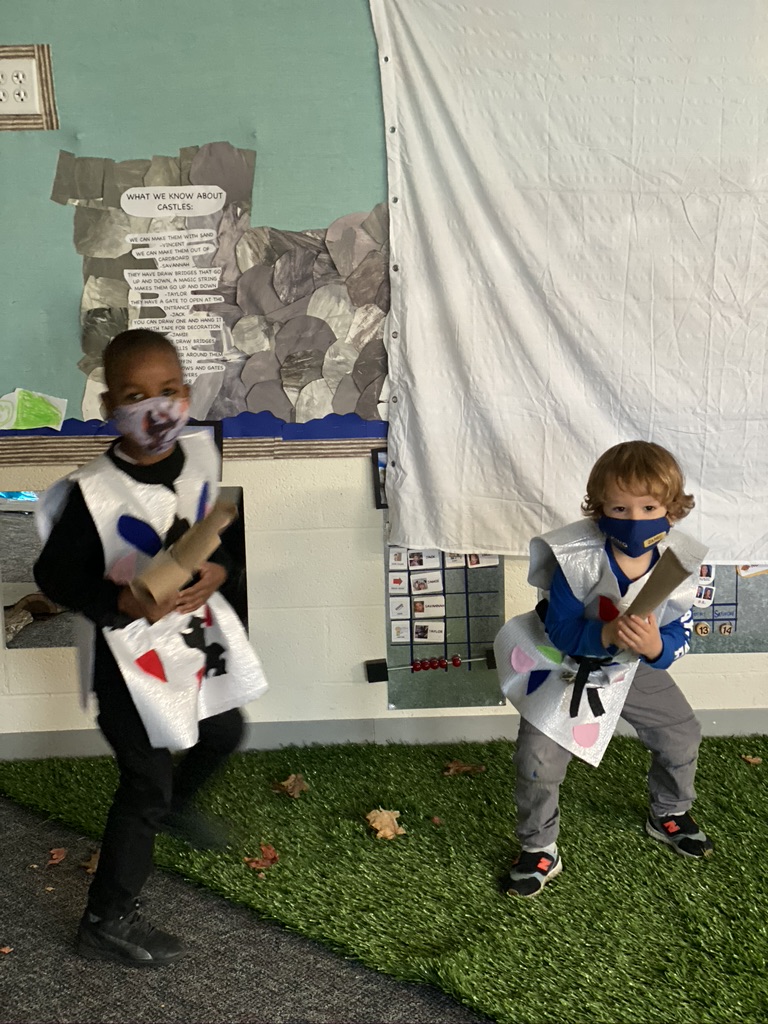 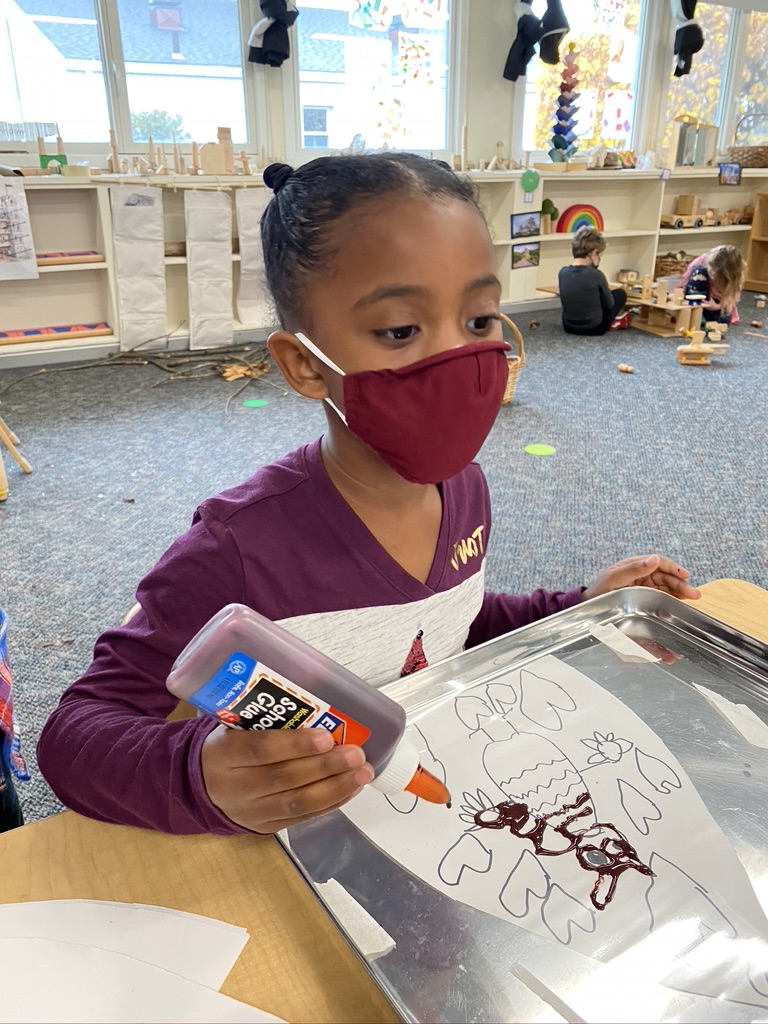 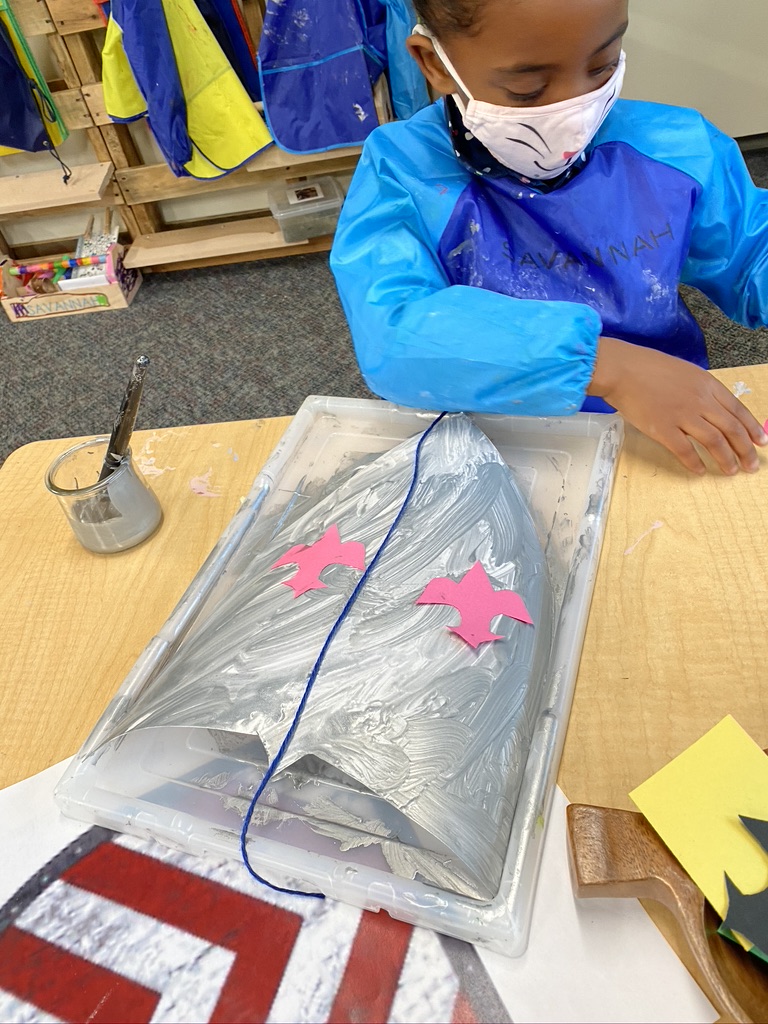 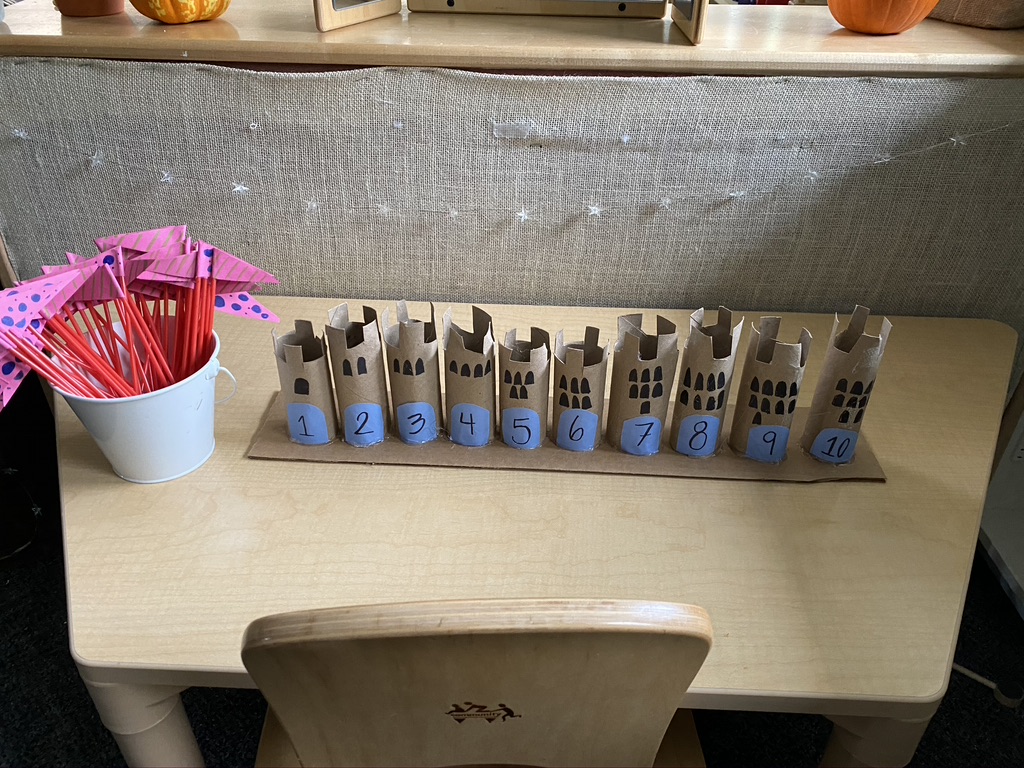 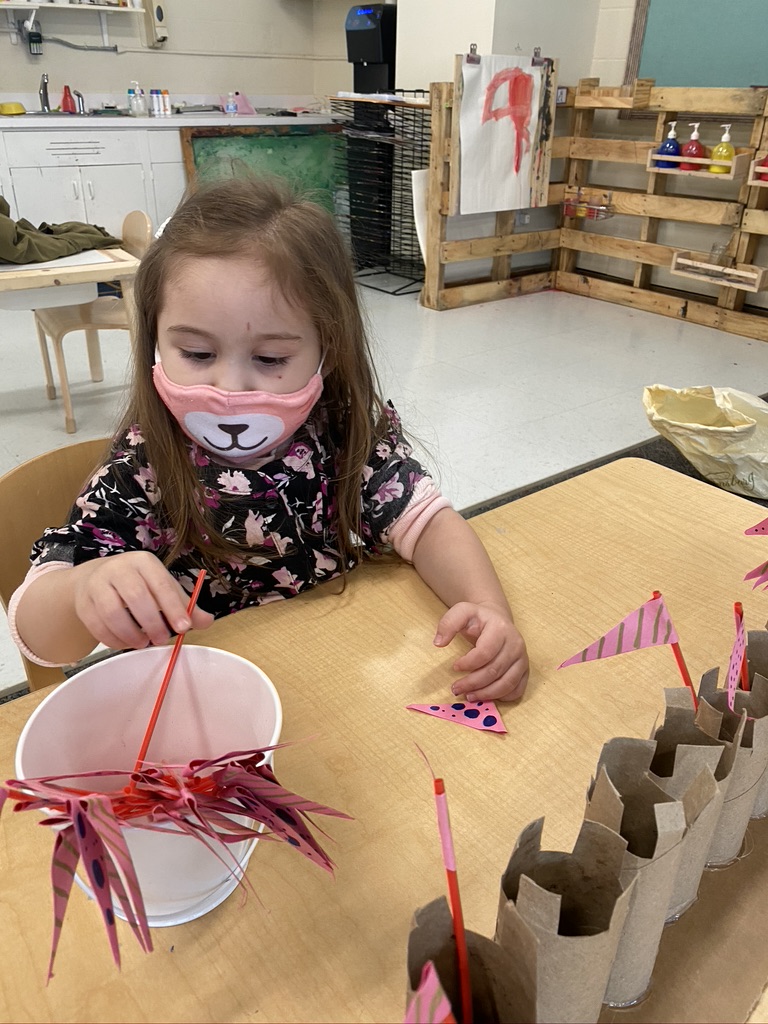 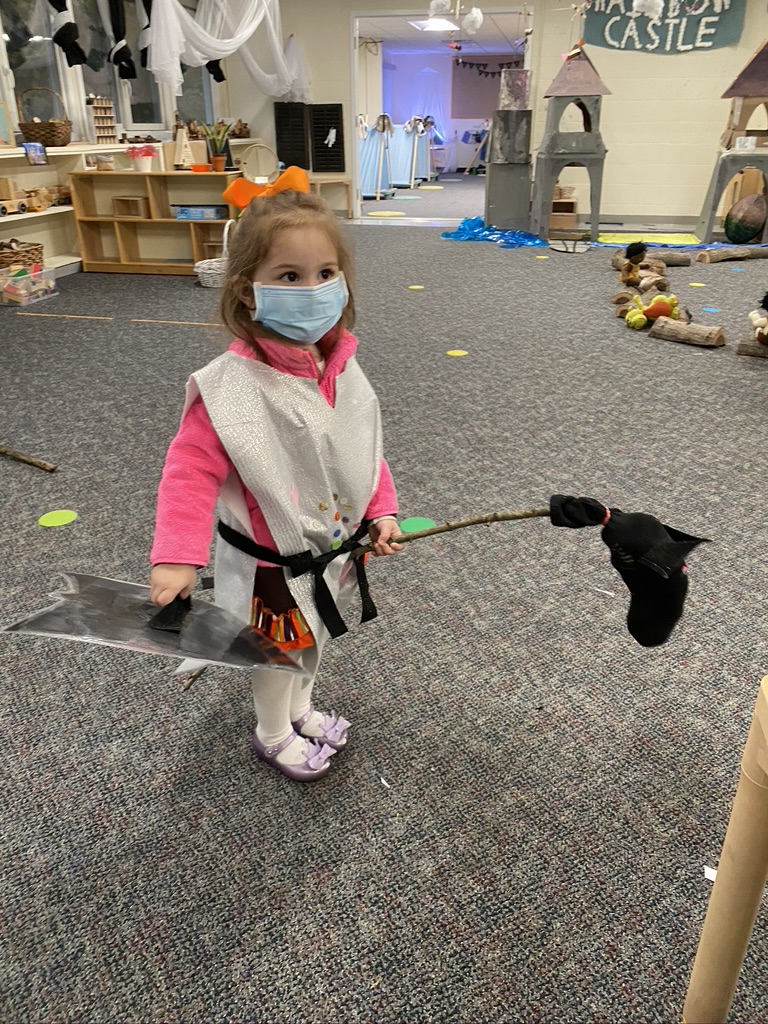 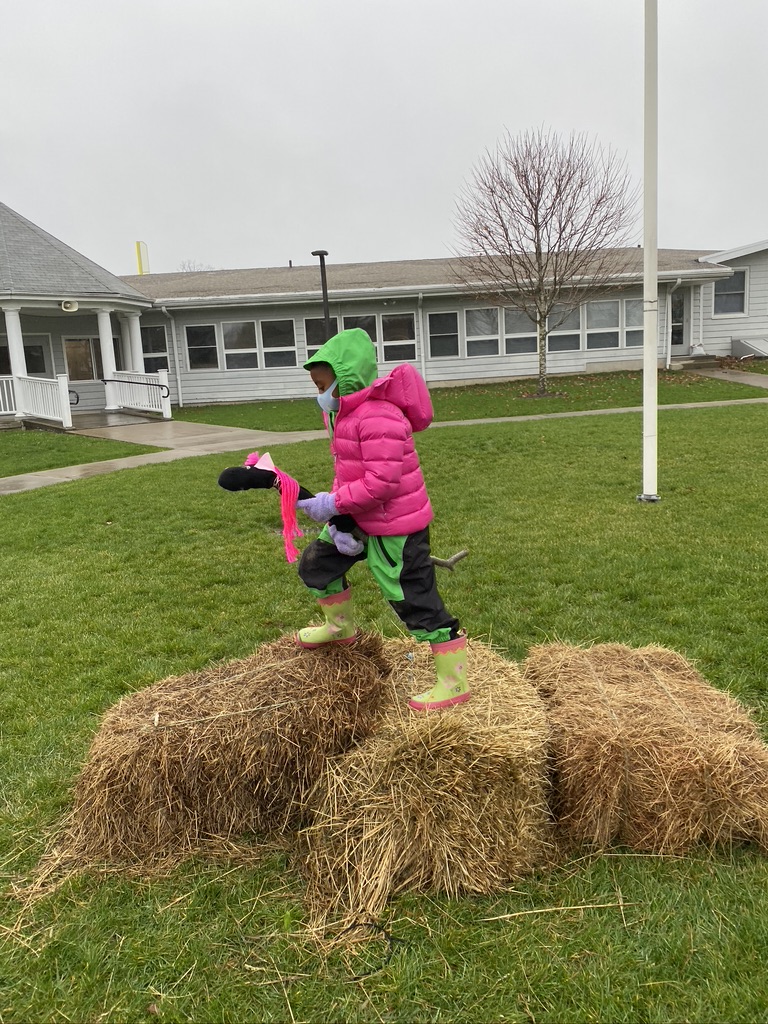 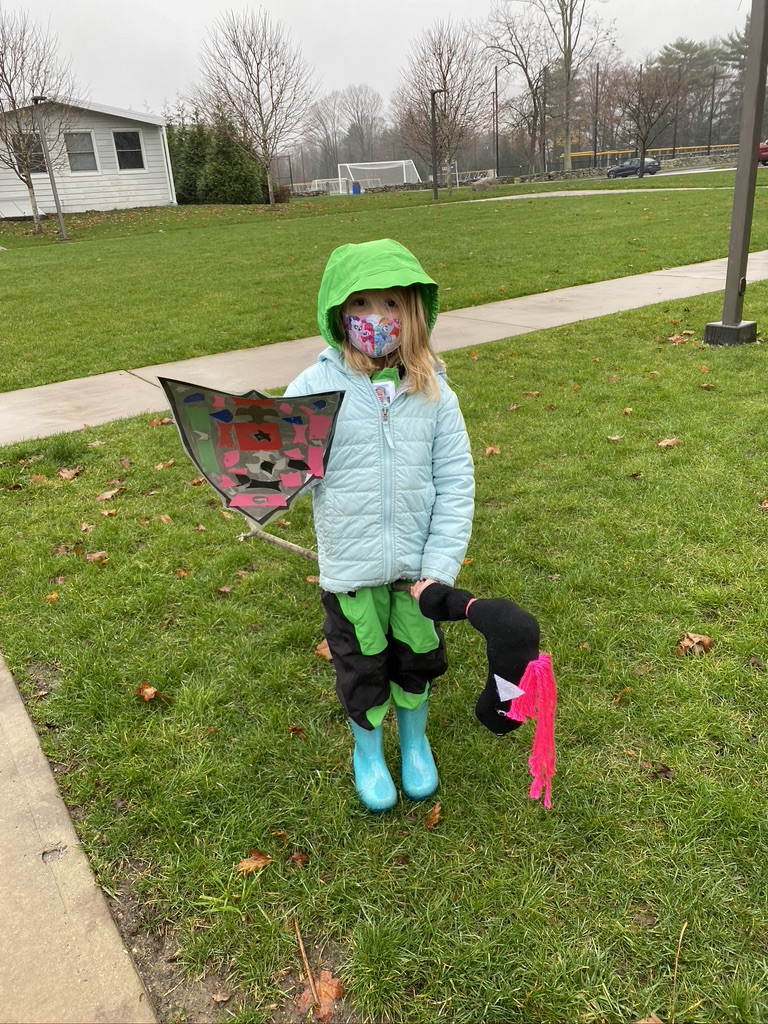