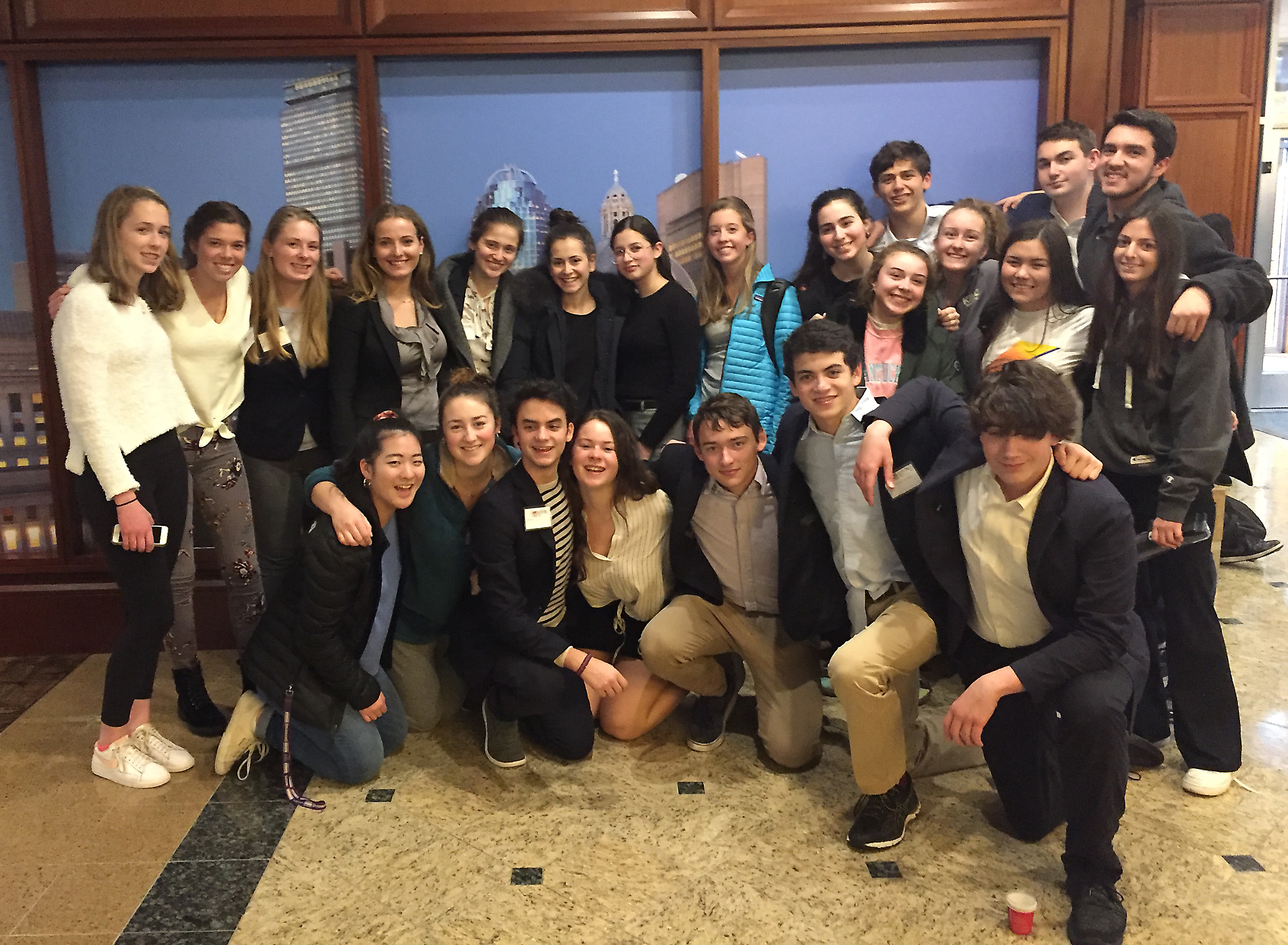 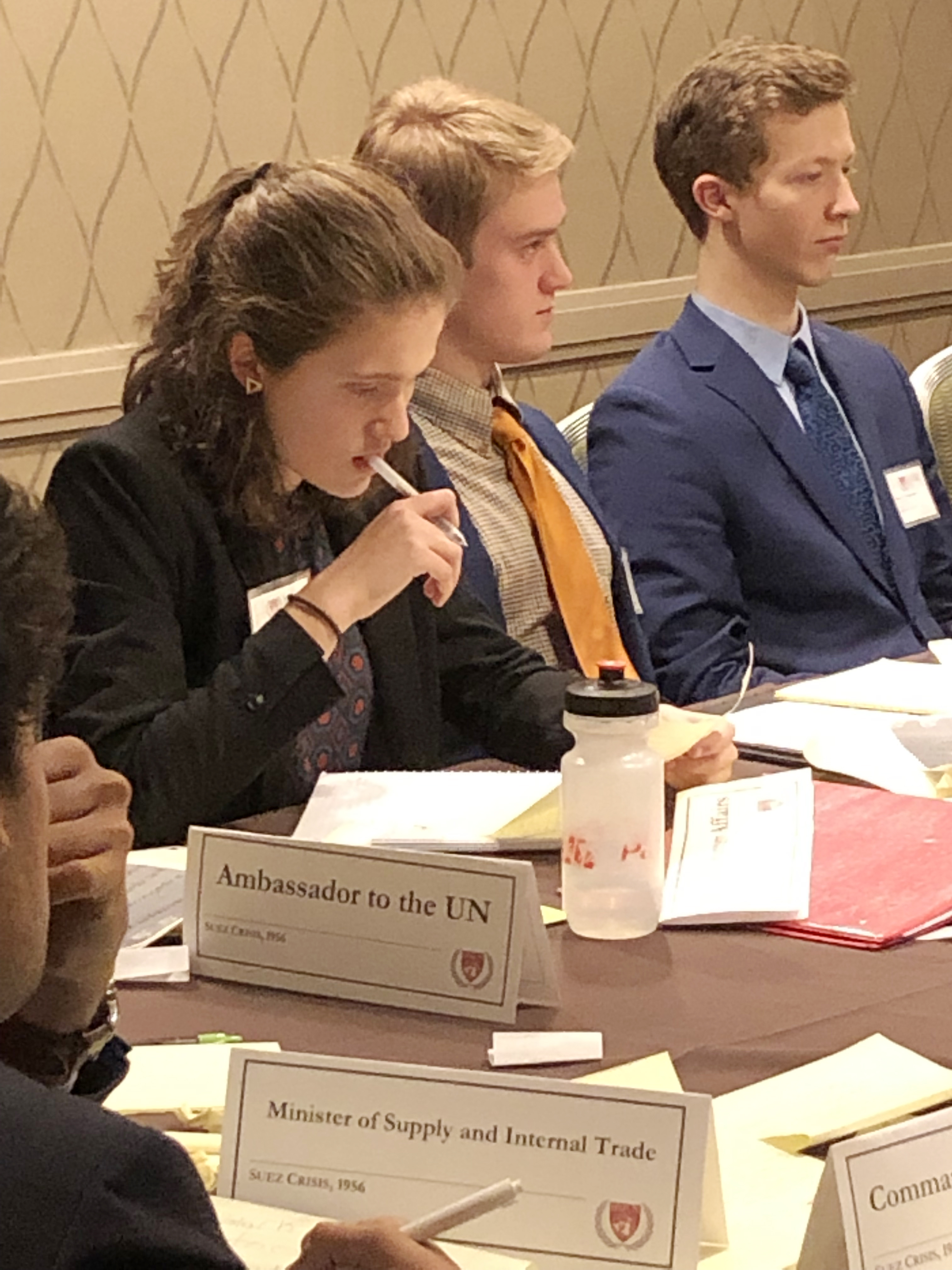 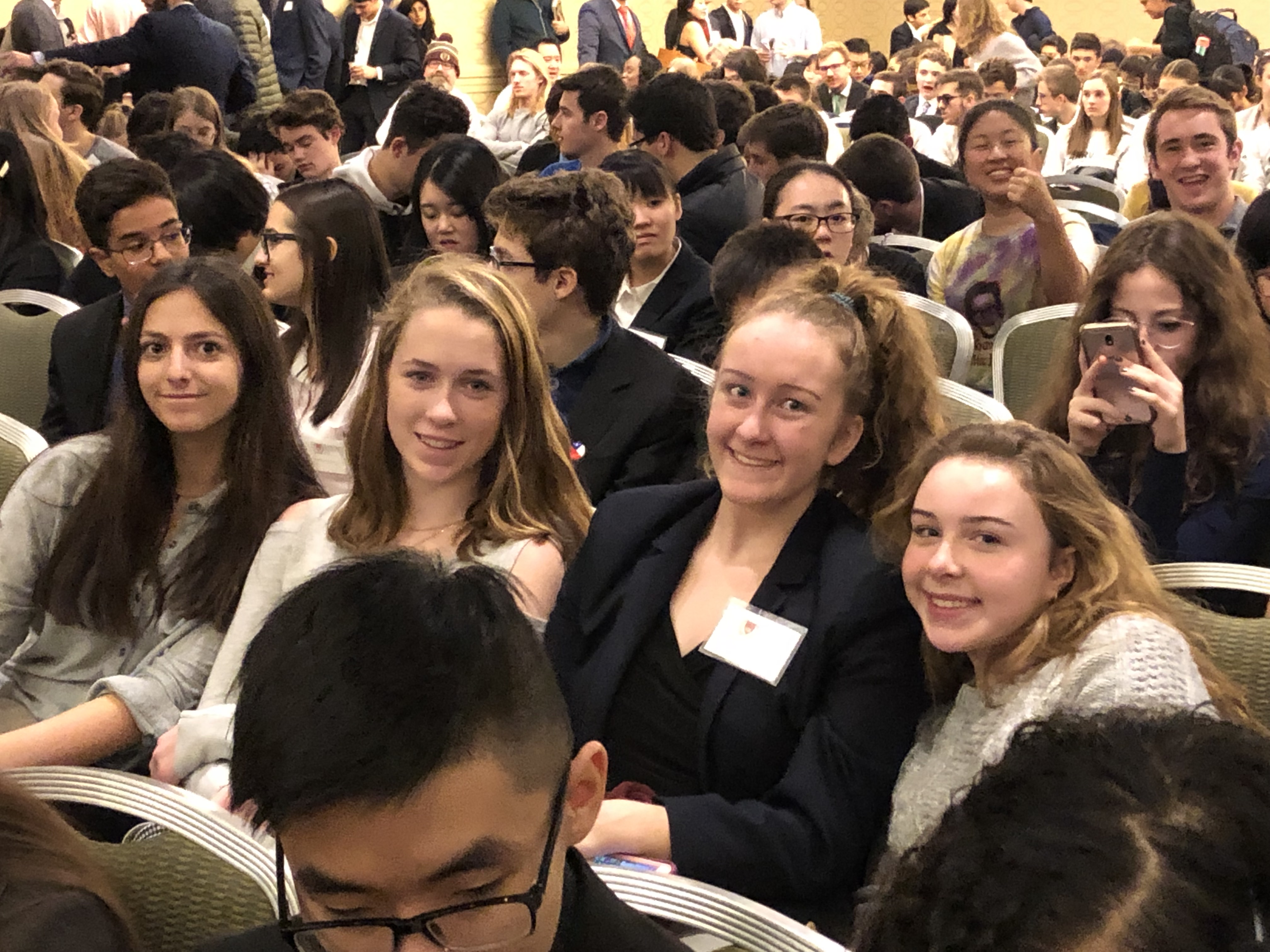 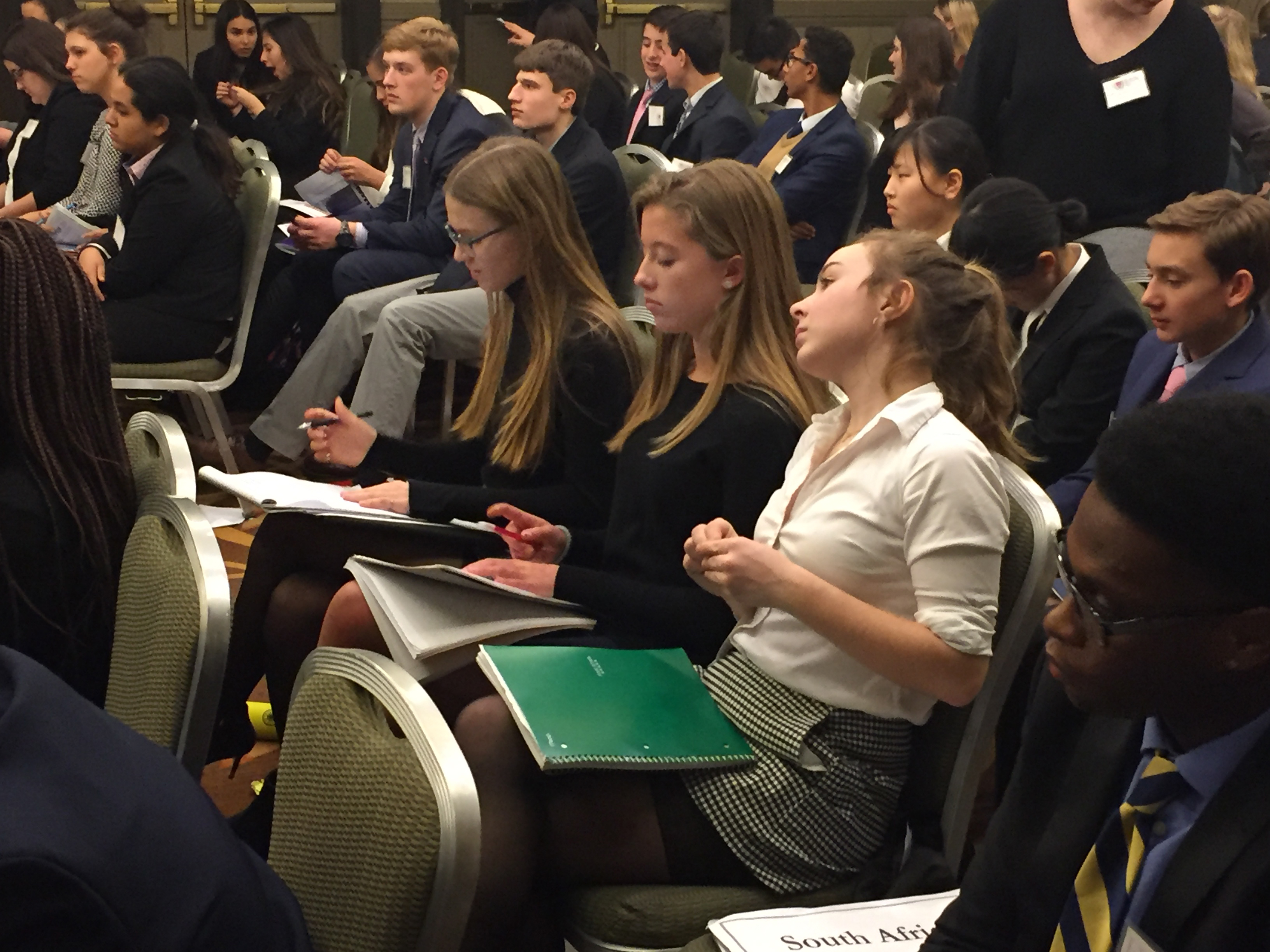 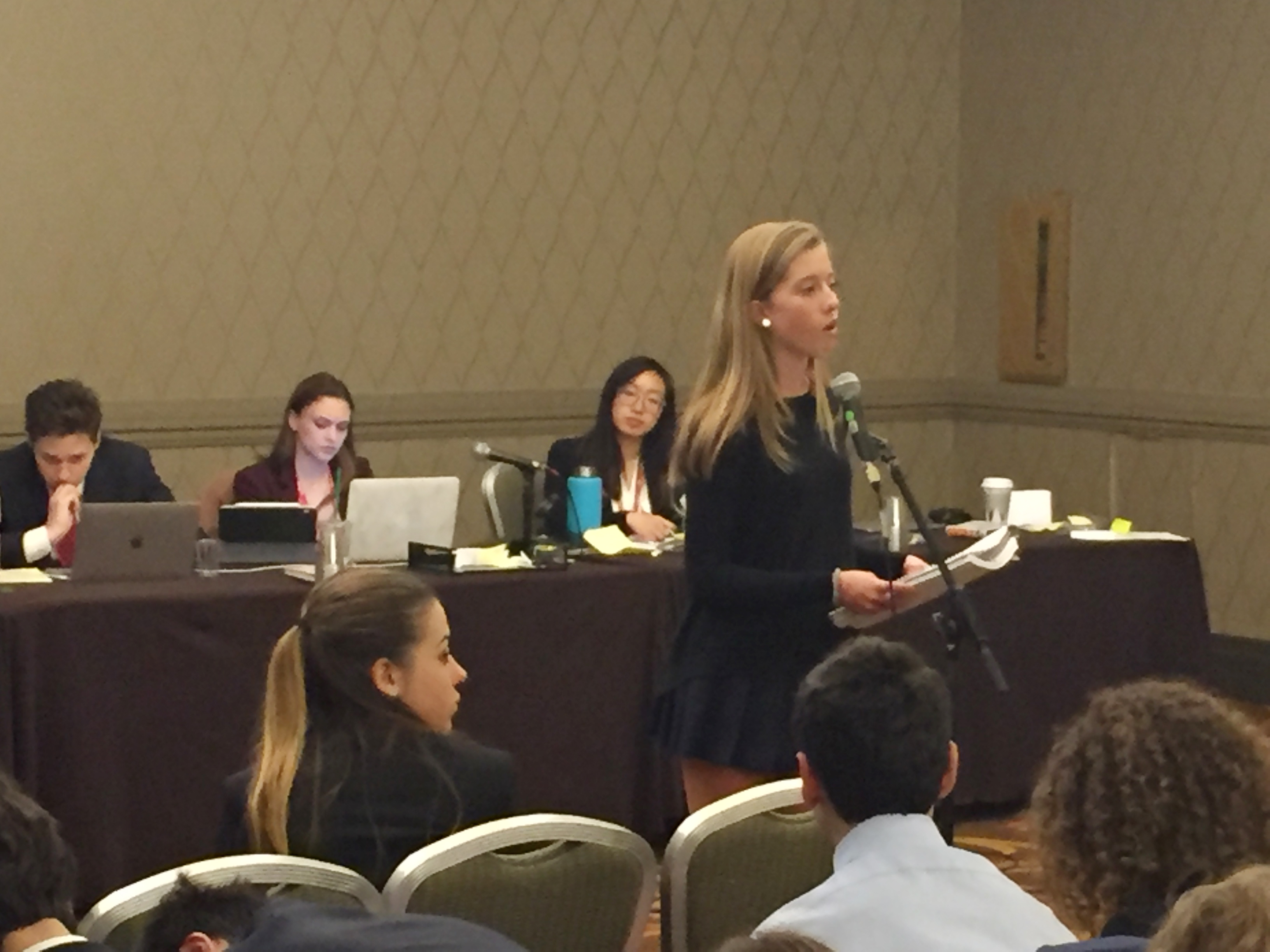 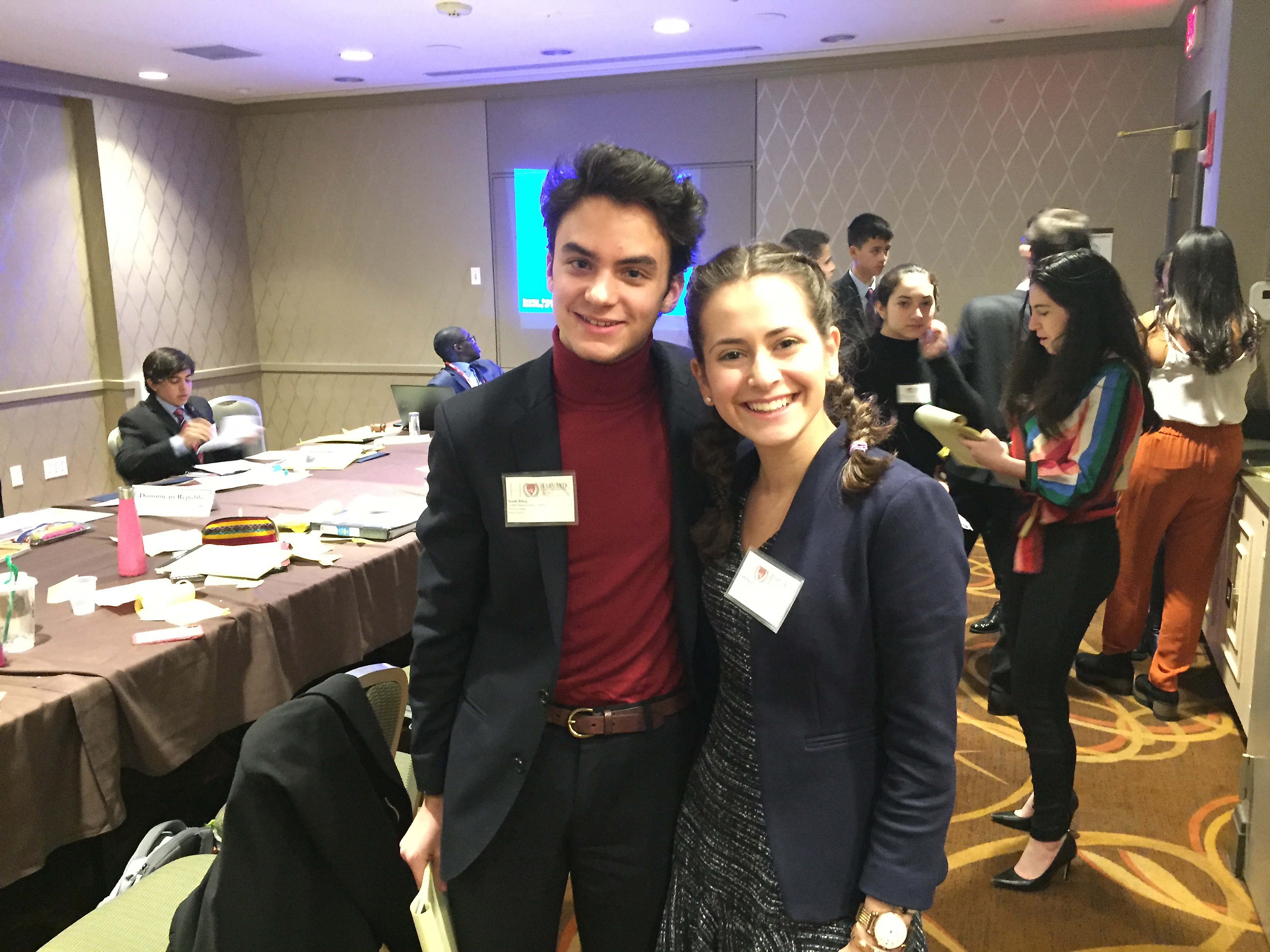 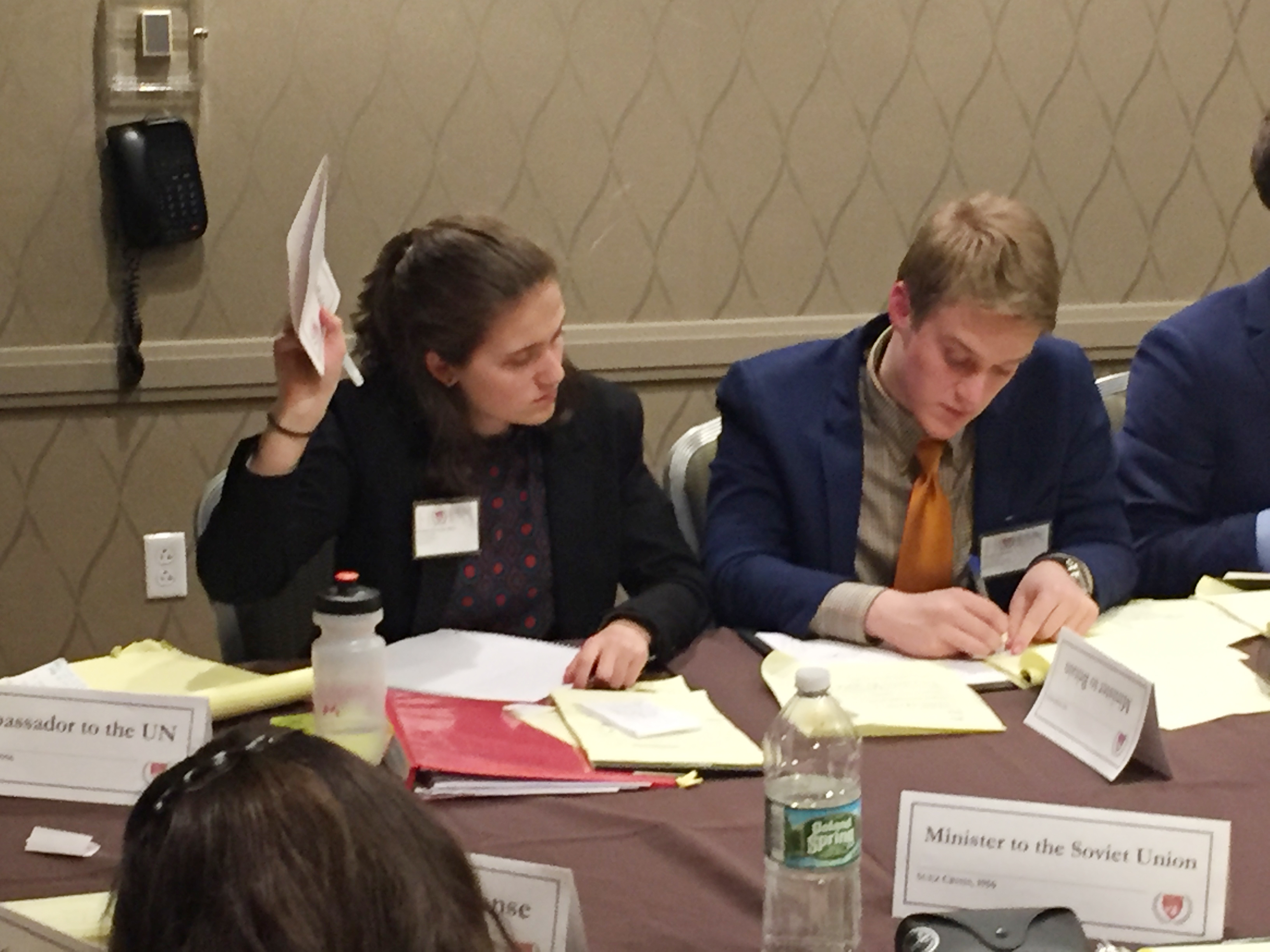 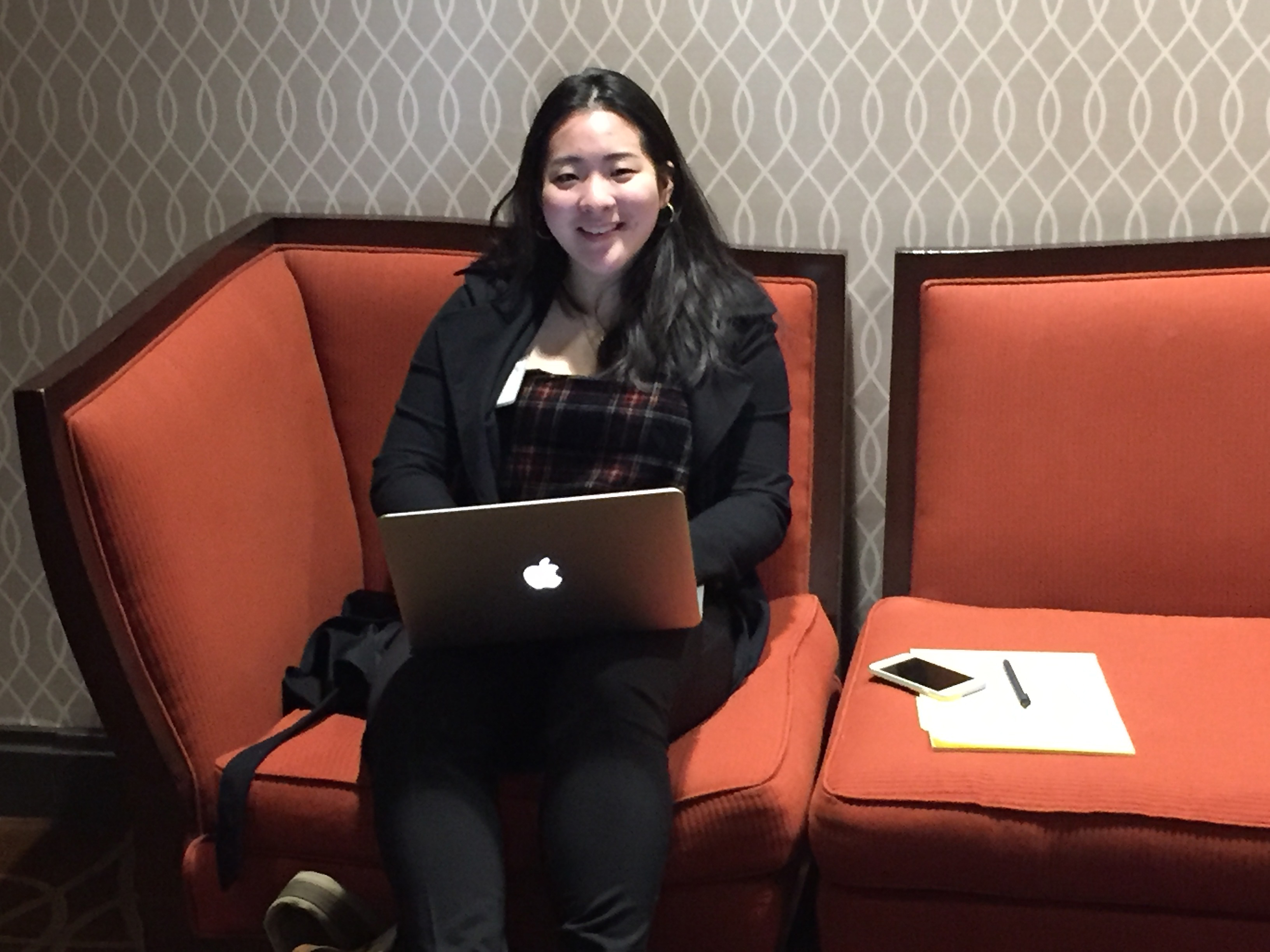 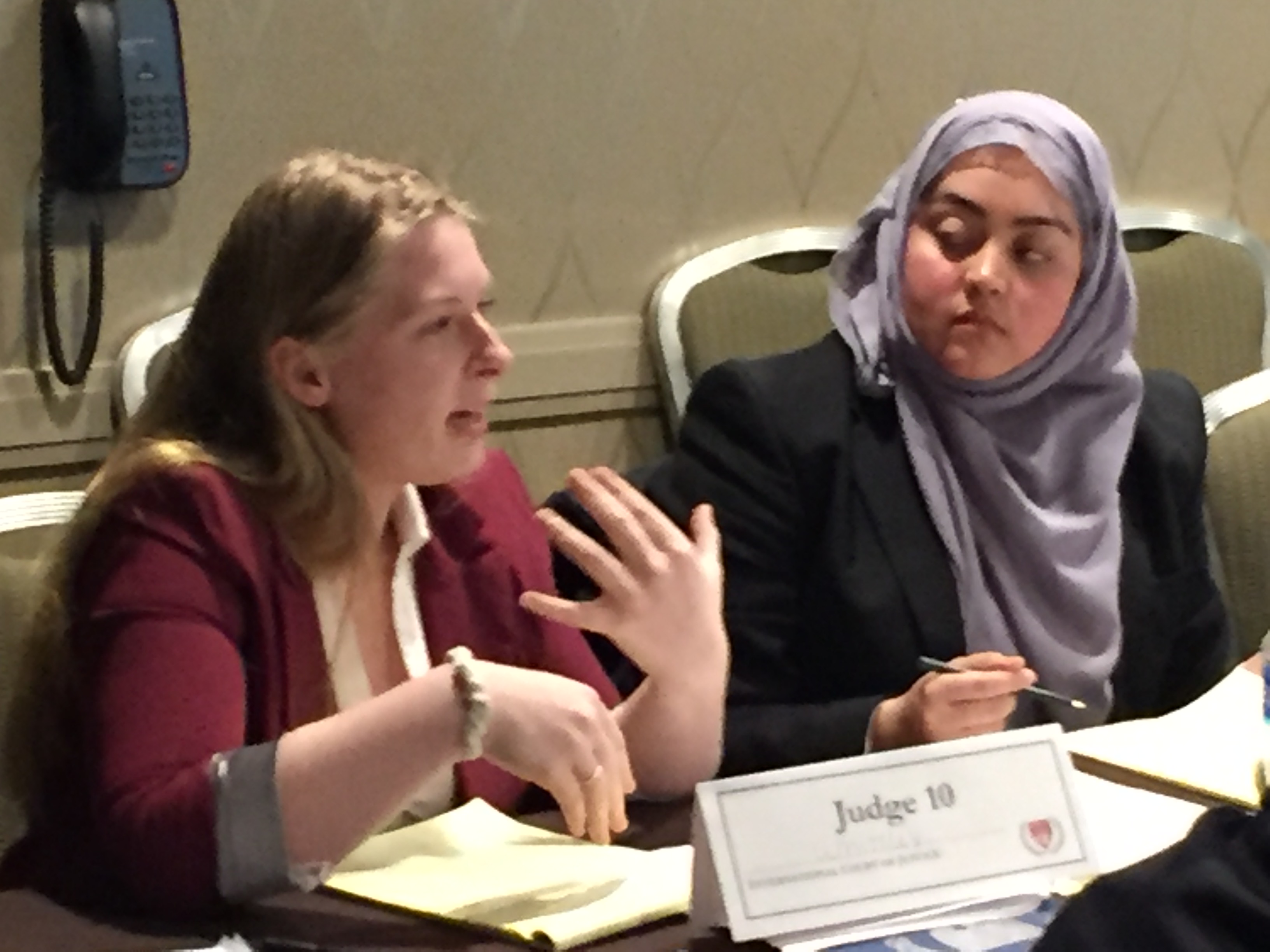 Our team had a very successful conference and several King students received awards:

Grethe also received an award for her Social Impact project. Each year, HMUN organizes a Social Impact Project for delegates to promote active critical thinking about the conference theme, and to allow delegates an opportunity to voice their beliefs, opinions, and vision beyond the constraints of a country assignment. The theme this year was "leadership in action." HMUN received over 100 applications from all over the world and 10 applicants received awards. The Social Impact project asked applicants to submit a project engaging in a major real world problem. Grethe comments, "I had a lot of fun this past weekend at HMUN. I was the Minister of Foreign Affairs in President Nasser's cabinet during the 1956 Suez Crisis. I was able to work through some of the challenges of decolonization, invasion, and economic crises with a group of delegates from all around the world. I've only been doing MUN for two years, but the experience has really helped me to improve my public speaking. I hope that anyone thinking of joining MUN at King gives it a try - it's definitely a fantastic experience."

Annie Michalski '19: "I have not only gained valuable perspective on diplomacy and the incredible diversity of our world while participating in Model UN, but also I have genuinely grown as a learner, thinker, and peer. I have become a more confident public speaker, more attentive and respectful listener, and a more aware and genuine friend. For this conference in particular, I learned to respond quickly to crises, think outside the box, and apply information I have learned from a variety of King classes in order to participate in discussion. As both a senior and co-president of MUN, it has been exciting and encouraging to watch the underclassmen grow into leaders themselves. While it was certainly an honor to be recognized at my last conference, my experience at Harvard MUN wouldn't be complete if not for hearing the other King students get excited about their new friends, the exciting crises in committee, and the hard work they put into their working papers. To anyone considering joining MUN, I encourage you to try it out, as the club has been a major part of my high school experience and without a doubt helped shape who I am as a student."

Alec Sherman '20: "At the Harvard Model UN this weekend, I built upon my skills of collaboration and public speaking. For the entirety of the weekend, I worked with different students from all over the world to create a resolution that created democracy in nations that did not have a democratic government. Some of my allies included students from the United Kingdom, Canada, Puerto Rico, and Venezuela. Since all of us had spent so much time preparing, we were so passionate about the topic and worked hard to create an effective resolution. Some of the people who I was working with were representing a democratic delegation even though their home country wasn't democratic, making it interesting to work with them and speak to them about their experiences. In terms of public speaking, talking in front of about 160 delegations (320 people) can be daunting. People look for flaws in your speeches so that they can discredit your argument in order to further their own position within the committee. As a result, my public speaking skills have developed.

Model United Nations has meant a lot to my growth as a student and as an individual. As a student, I have learned to be a self-advocate. This has helped me with several facets of my life at King, such as communicating with teachers. As a person, I have learned to be more diplomatic. Although sharing your own ideas is important in Model UN, listening to the ideas that others have is equally important. This has allowed me to be more understanding and attentive to other people's opinions.

To any students wishing to join Model UN, I would strongly encourage them to join. I think many students are worried about the work required to participate in the conferences, but it is so rewarding. At every conference, I meet people from all around the world, some of whom I stay in contact with. Also, Model UN is so valuable because it builds on many of the skills you need to succeed in school."

Amelia Whiteley '19: "As co-president of MUN, I want to encourage all the upper and underclassmen to join. This year, I was a judge in the UN's International Court of Justice, which was an amazing experience. I got to learn first hand how a trial operates. I learned how to decide the credibility, relevance, and weight of evidence, interpret legal documents as well as write verdicts. For me, MUN transformed who I was as a person. It developed me as a speaker, teammate, problem solver, and creative thinker. MUN is also a team sport. This was the first year Annie and I were not together as a team, but we supported each other outside of committee to help the others write resolutions, crisis notes, and brainstorm ideas. I think everyone should join MUN because we become a big family; we are very supportive of each other and that is something unique to the MUN experience. If you want to grow as a person both internally and externally, MUN is the vehicle through which you can do this."

Christos Galanopoulos, Chair History Department and MUN Advisor adds, "This year the Model UN club continued to build on its many years of successes in the Harvard MUN conference. The highlights of this year were our acceptances in five application-only specialized agencies, our award recipients in three of these five specialized agencies, our award recipients in a large GA committee, and our special award recipient in the Social Impact project, which has been the HMUN main overall project for several years. I want to thank club presidents Annie and Amelia for their leadership during meetings and conferences."