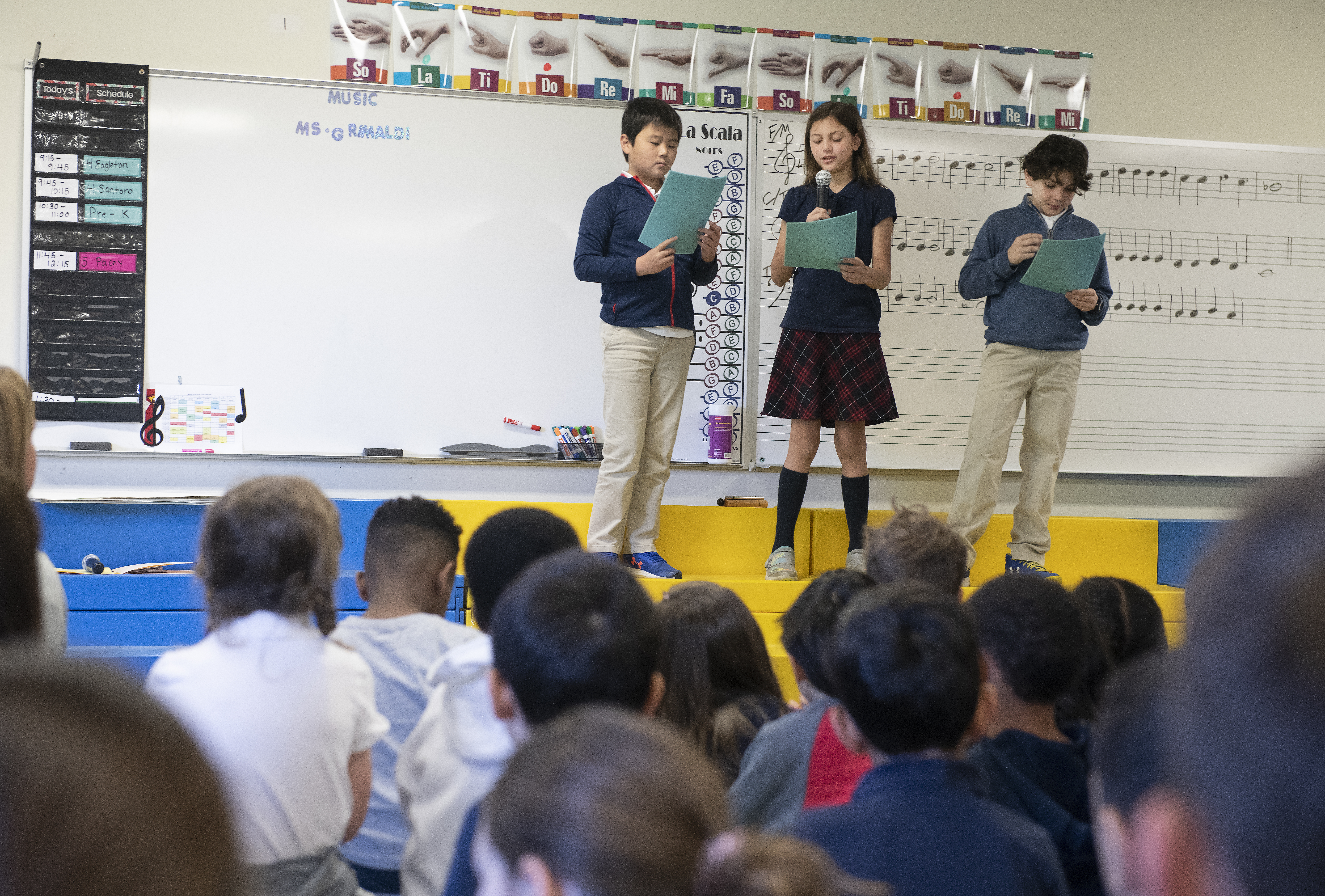 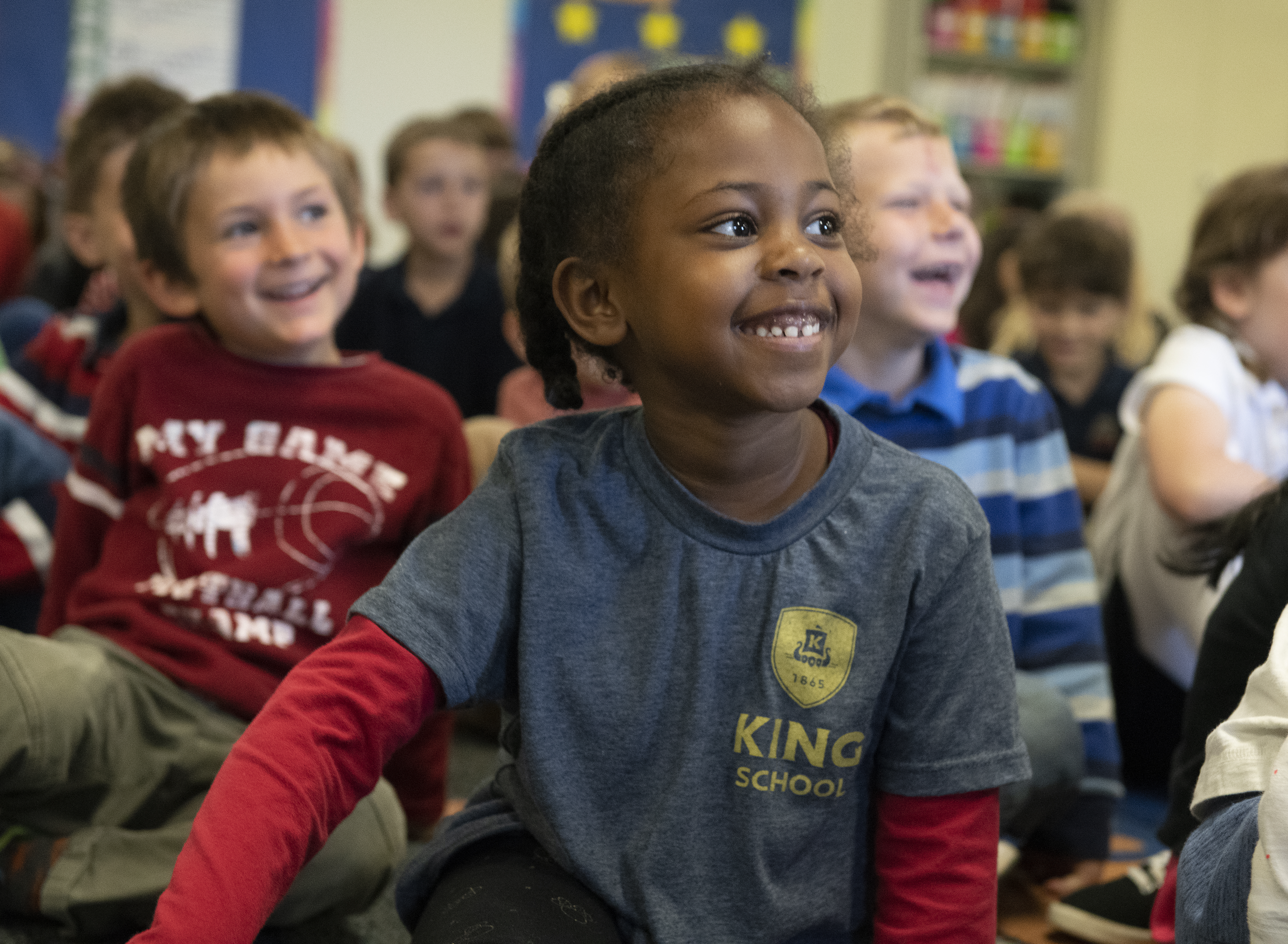 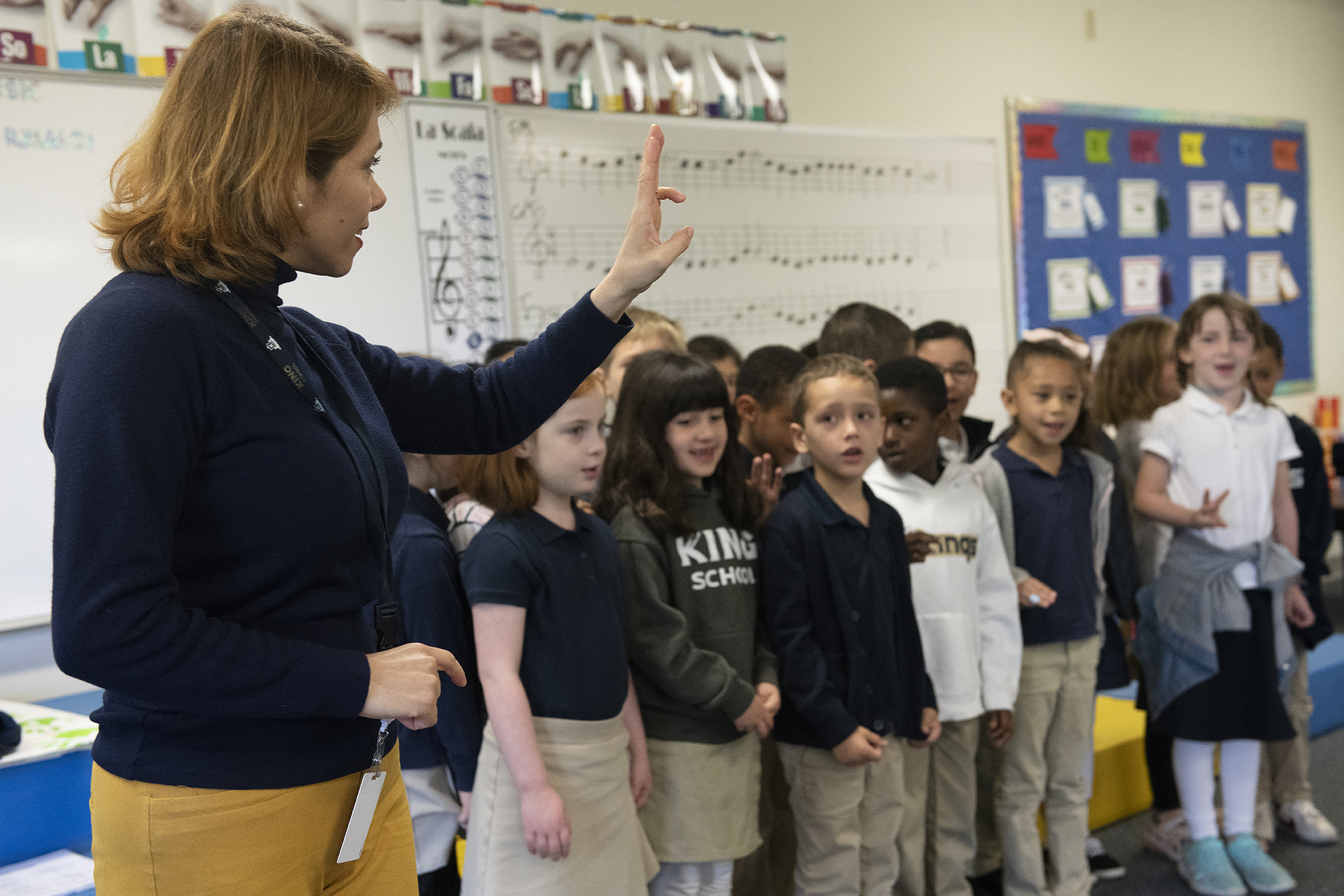 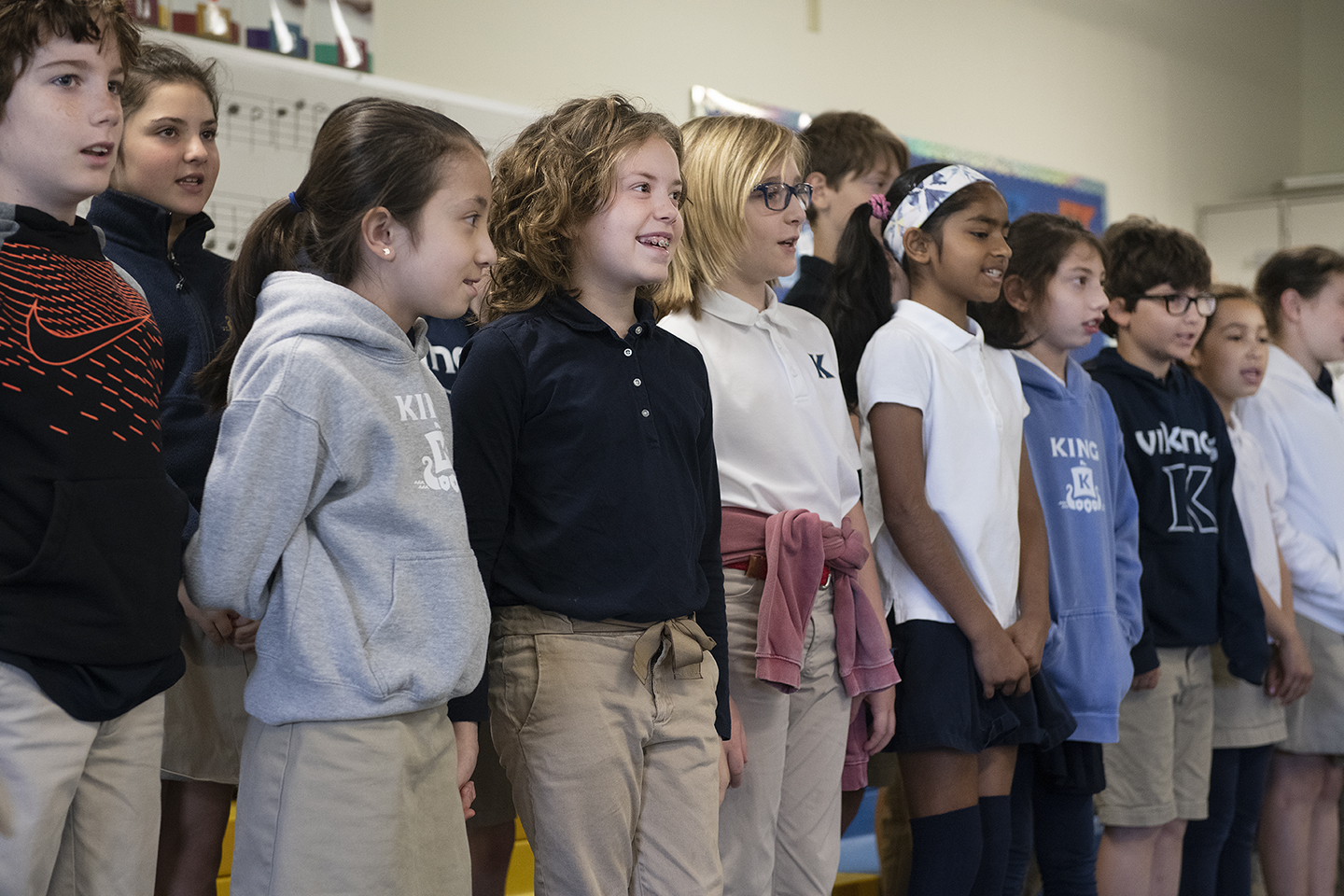 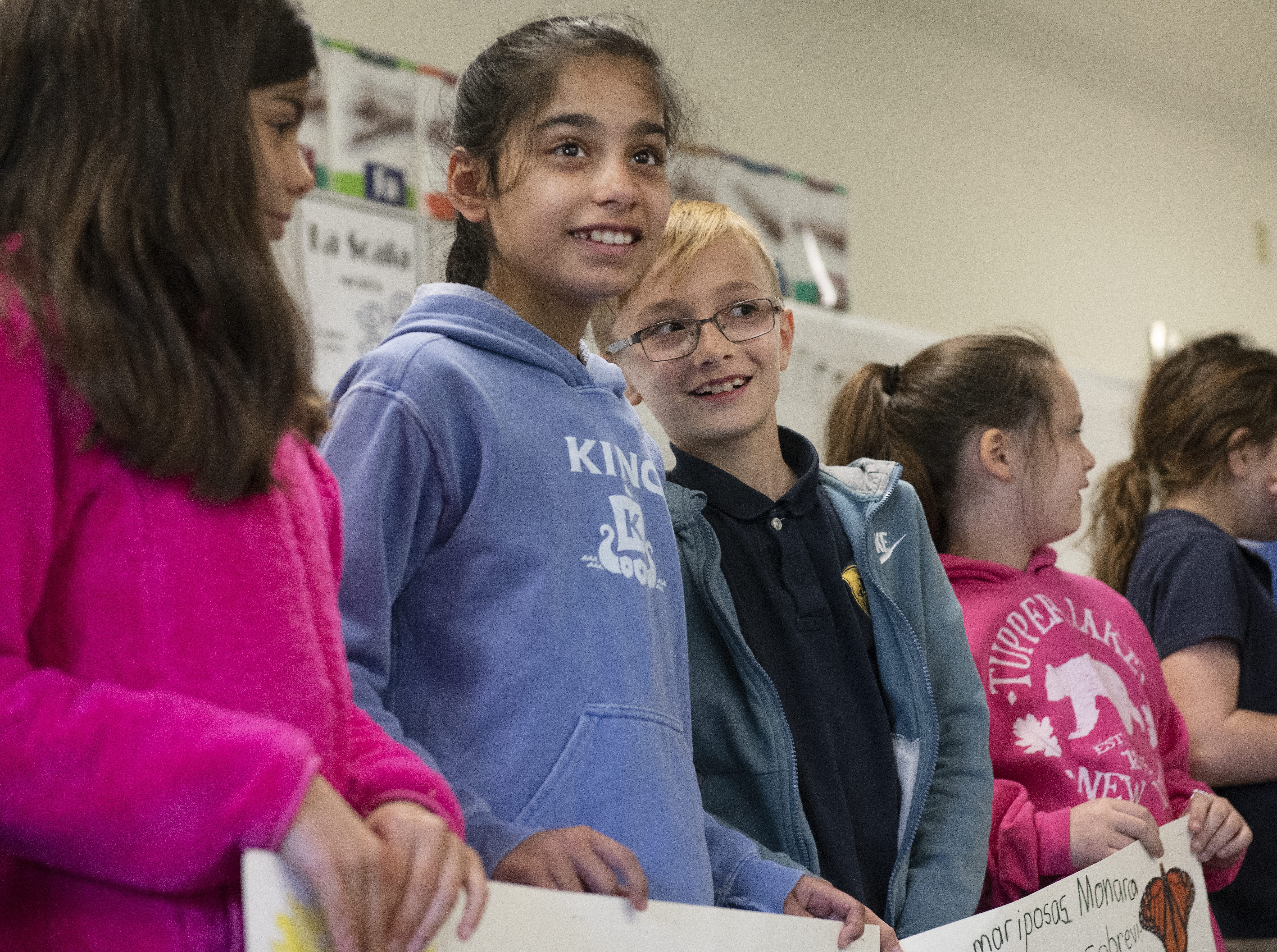 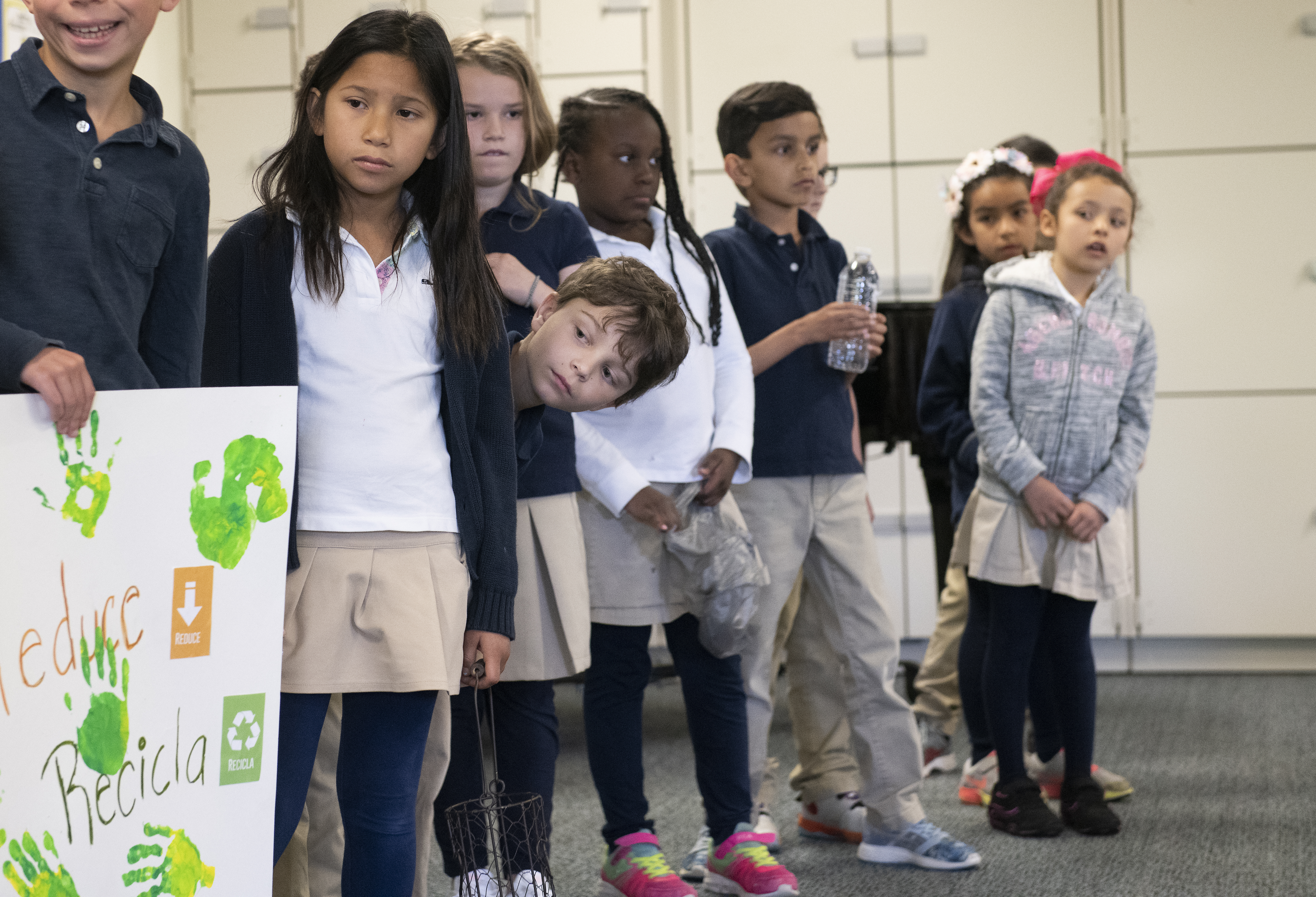 Our LS students improved their Spanish last week when they attended the first LS Spanish Assembly, which was conducted (primarily) in Spanish. Three different Grade 5 students are tasked with the planning and execution of each assembly, which takes place on every A-day. This opportunity allows them to practice public speaking and organizational skills.

Rosalba Santander, World Languages Faculty, assisted on last week's assembly with students' presentations focused on Earth Day, migration of the monarch butterfly, and a song by the LS Faculty.  All songs were sung in Spanish:

"I would say that our first Spanish assembly was truly successful as it met all the goals we hoped to achieve. It allowed the students to practice their Spanish and learn about a very important topic; that of environmental conservation and the ways we can take part in helping reduce our carbon footprint. The children were also very enthusiastic and expressed their joy afterward in having been part of our special assembly. We hope to conduct another Spanish assembly in the near future," Señora Santander.