Honoring and Celebrating Indigenous People and their culture 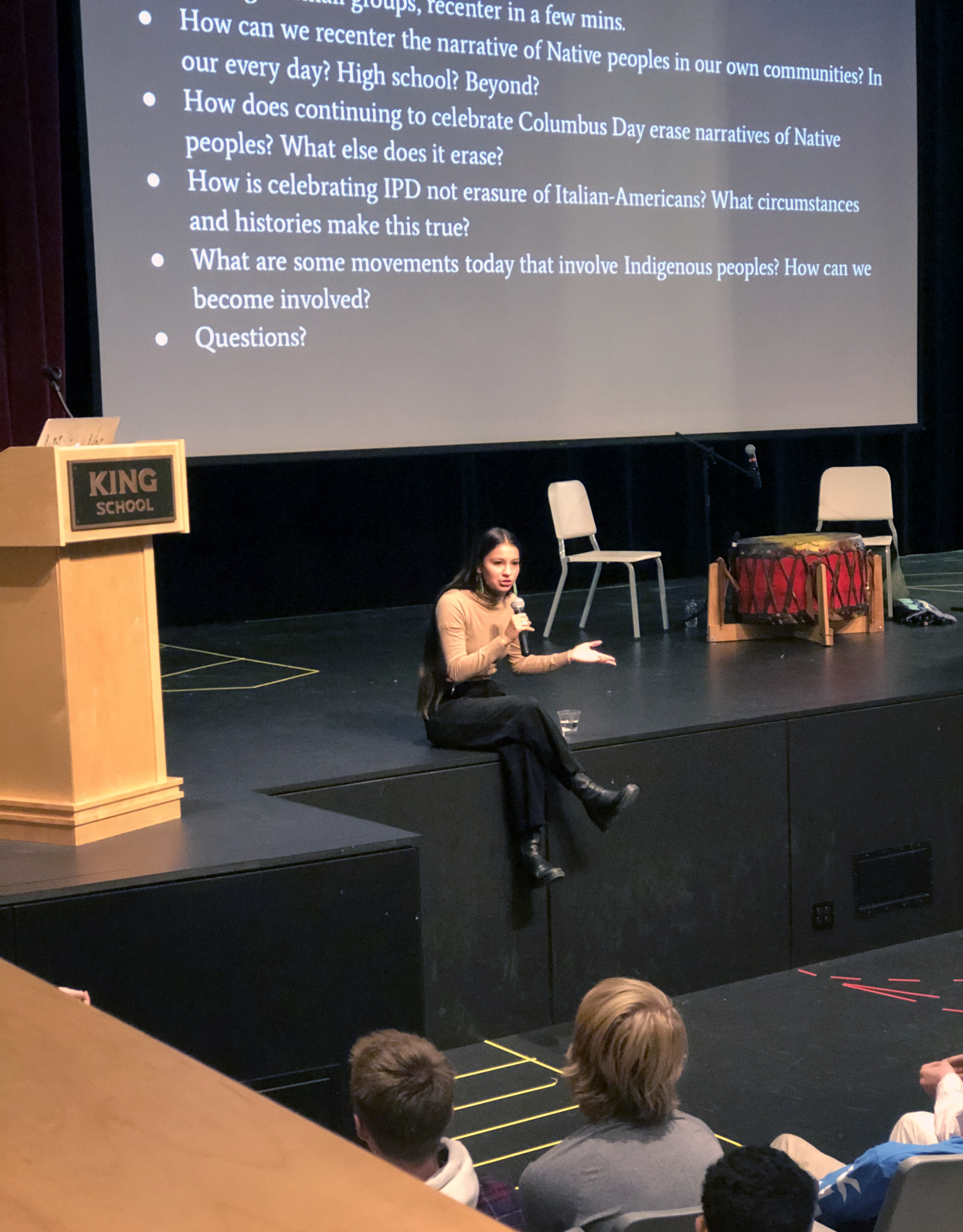 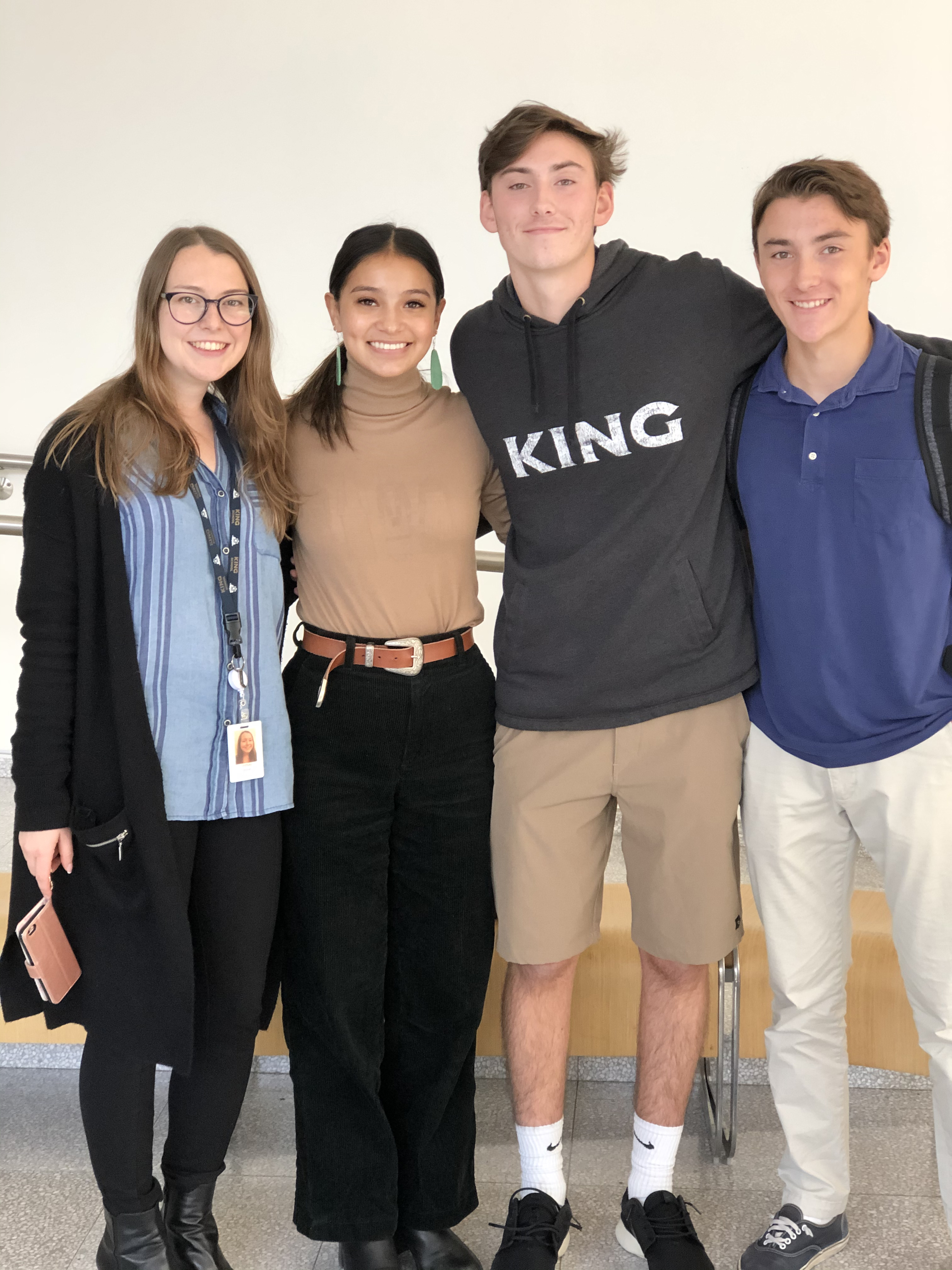 The King community celebrated our first Indigenous Peoples' Day (IPD) in October. The day was hosted by the newly formed Association of Native Americans and Allies at King (ANAAK), with Lindsay Stone as the faculty advisor. However, planning for our celebration of the Day started over the summer and was primarily led by Carter Brown '21 and Elizabeth Messinger, English Faculty, and the Milestones club. King is indebted to King parent Jessica Drbul and her son Carter for securing the SilverCloud Singers, an intertribal Native American singing & dance troupe, who led the dance seen in the video.

"Indigenous Peoples' Day is getting a lot of national attention at the moment, as more and more towns, cities, and even states move towards celebrating IPD in lieu of Columbus Day. While the intentions behind the creation of Columbus Day were undoubtedly good, today we know a great deal more about Columbus and his violent methods of subjugating the indigenous population he encountered upon his arrival in Hispaniola (fun fact - Columbus never actually landed in America!). Columbus' actions effectively set into motion a genocide that wiped out a large percentage of the indigenous population of the Americas," comments Lindsay.

Proponents of Indigenous Peoples' Day posit that we should use October 14 to acknowledge Native peoples as the first inhabitants of the Americas and to celebrate Indigenous culture. As part of our effort to do so at King, we invited Kinsale Hueston, a talented Navajo poet and current student at Yale, to speak about the history of Indigenous Peoples' Day and its relevance in Connecticut. Kinsale also had the opportunity to visit Grade 10 and 11 English classes, where she discussed poetry as a means of identity exploration. The SilverCloud Singers spoke about Indigenous Peoples' Day and its significance for Indigenous groups in the United States today. They performed several traditional songs and ended their performance with the Round Dance.

Diversity is a core value at King. We are enriched through our appreciation of diversity's many faces including gender, race, ethnicity, religion, socio-economic status, sexual orientation, age, physical ability, talent, or learning style. By honoring cultural differences and intellectual diversity, we create a vibrant learning community where each person is valued.

Please feel free to reach out to Lindsay Stone if you would like any more information! She adds, "ANAAK club members and other students interested in social justice have shown a great deal of interest in the issues affecting Indigenous peoples in America today, and I hope to carry this momentum forward!"