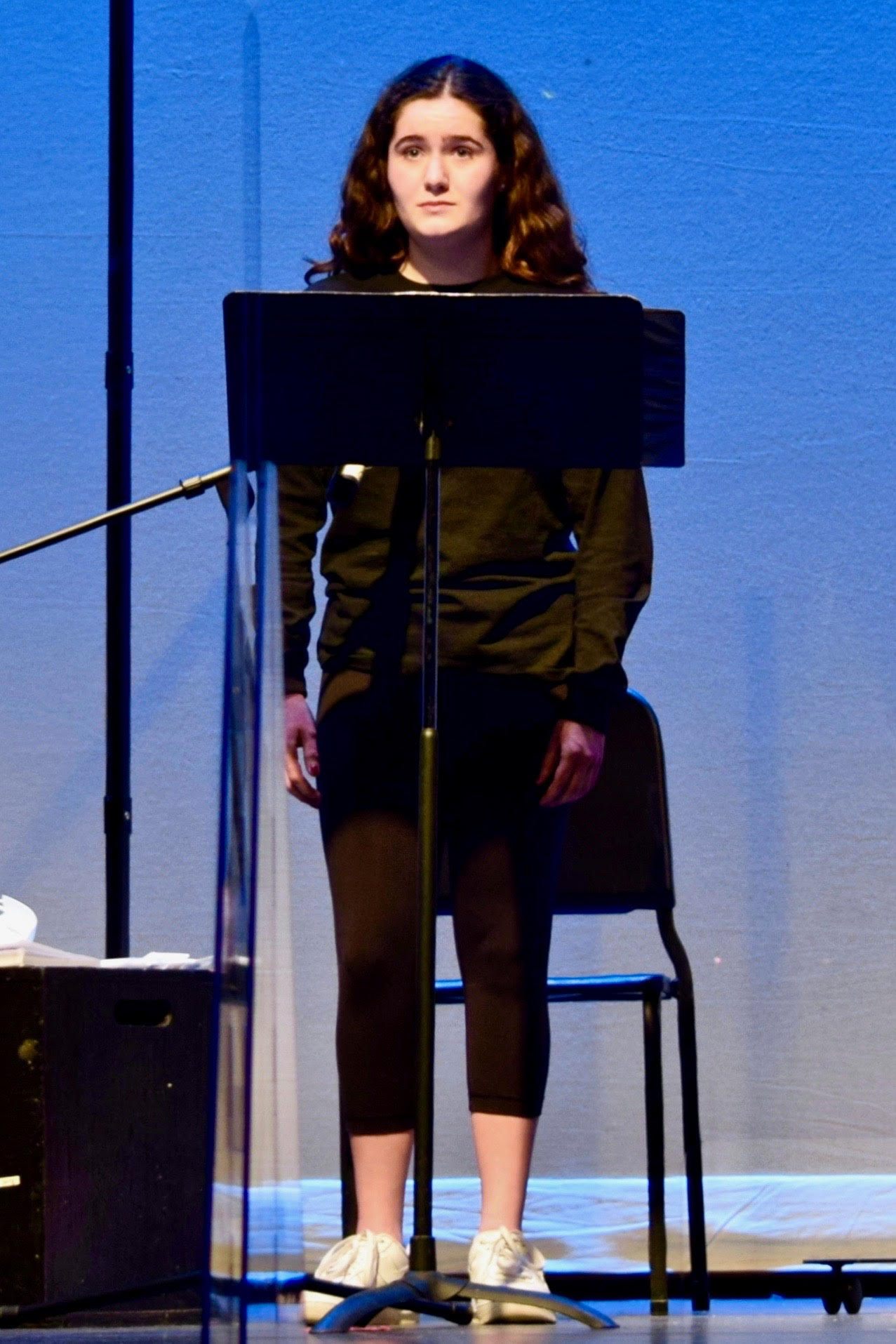 Four King students were selected to participate in the All-State Musical Festival hosted by the Connecticut Music Education Association from April 23-25, 2021. The selection process is highly competitive and involves preliminary qualification through the organization's Western Regional auditions before becoming eligible for All-State.

To qualify for Western Regionals, students auditioned by preparing a challenging selection of music submitted by video. A cohort of educators from all over the state of Connecticut reviewed the video submissions in an intensive evaluation process. All students from King were chosen to participate in Western Regionals before being invited to audition for All-State.

"Like so many things, auditions for All-State were different this year, taking the form of recordings rather than live auditions. While this allowed us to pick our own best work, it also meant higher standards and a bigger time commitment in recording multiple attempts," said John Russell '22, a junior at King. "I am proud to be recognized alongside my bandmates Dean and Brian, and I am grateful to Mr. Mendez for his help and support in pushing us to be the best musicians we can be," he said.

Both John Russell '22 and Dean Kaduboski '22 were selected to represent King in the All-State Music Festival as oboe players. Brian Karle '24 was also chosen to play the trombone while Sarah Kadlick '21 was selected for choir. Garrett Mendez, Director of Instrumental Music and Stephanie Gregory, King's resident voice teacher have been actively working with the students throughout the audition process to qualify for All-State.

The chosen students will participate in a number of virtual clinics and ensembles this spring as part of the programming for the All-State Music Festival.