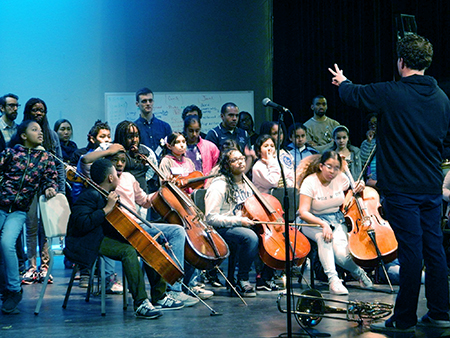 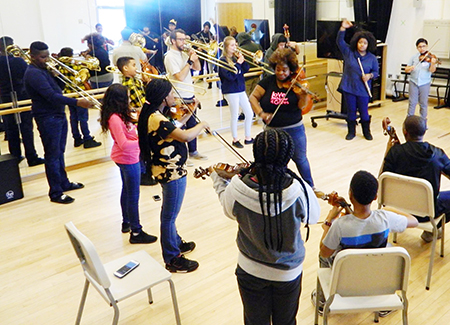 King is excited to host its fifth annual El Sistema Residency, April 6-8, when talented musicians from our Middle and Upper Schools collaborate in intensive music workshops with visiting students of various El Sistema USA programs, including Stamford's own Project Music. The overarching focus of the residency is to inspire a connection between communities of different socioeconomic backgrounds, using the music ensemble as the vehicle through which to inspire deeper communication. 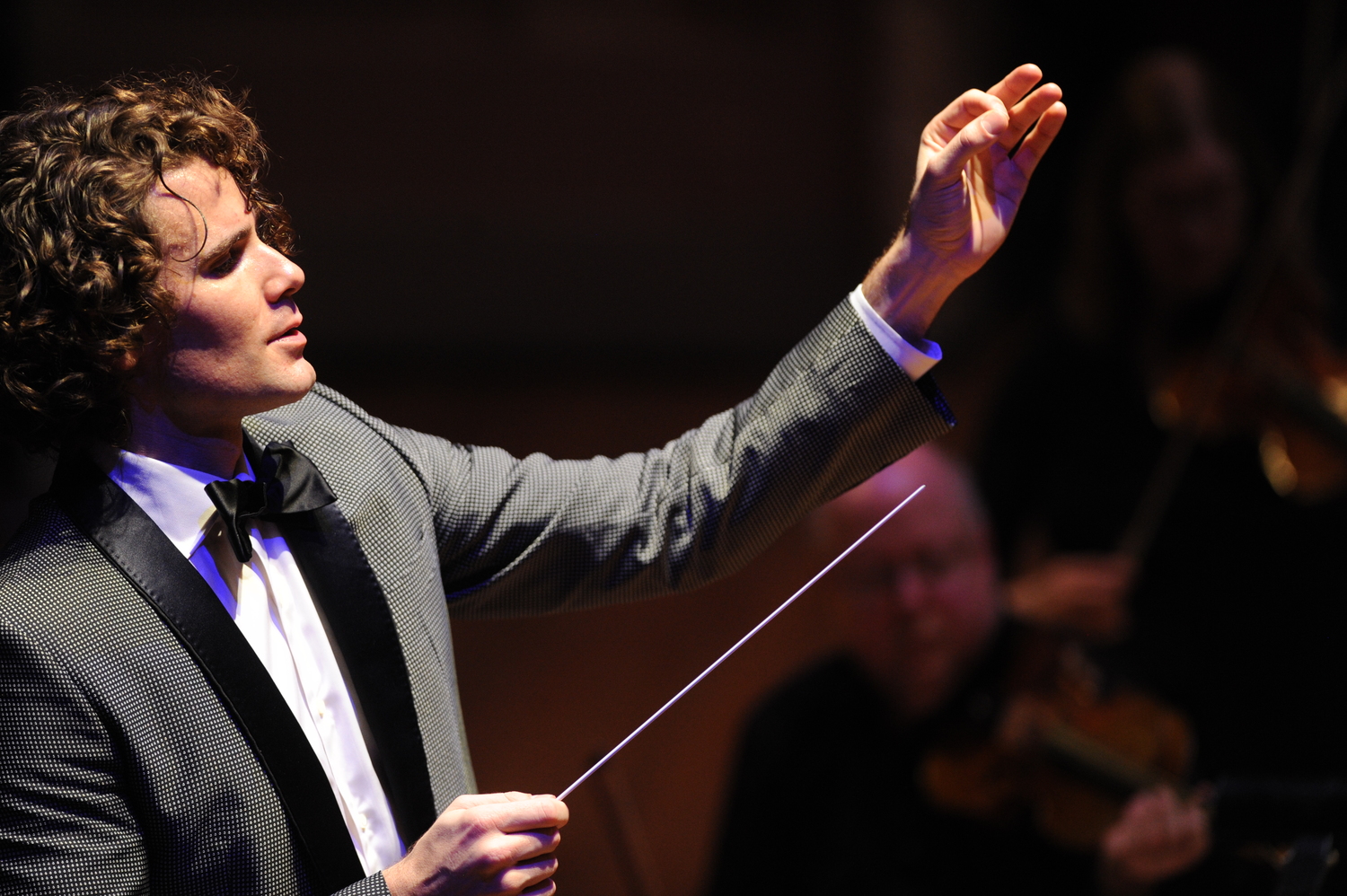 Brahms vs. Radiohead (Mashups) Promo Video of Hackman's mash-ups
This year King is excited to bring Steve Hackman as our lead guest artist.  Passionate about the fathers of classical music as well as today's contemporary pop artists, Hackman "mashes up" different genres to create compelling presentations that blend the old with the new. He has combined works such as Tchaikovsky 5th symphony with the rapper Drake to critical acclaim.  For this residency, we will select a modern rock/pop artist and Steve will tailor arrangements specifically to fit our student ensembles. More information can be found at his website: stevehackman.com.

Collective Composition is an opportunity for people to come together and creatively explore and express their stories, ideas and emotions through music. Collective Composition emphasizes the creation and performance of music as a process that all people can access, and offers shared experiences through which individuals, communities, and culture may strengthen and expand. Led by Dan Trahey, Artistic Director of the Baltimore Symphony's OrchKids, students will use themes inspired by the mash-up concept to create their own original compositions.

Performances:
There will be three performances associated with the residency.  On Sunday, April 7, there will be a community concert, open to the public at 4:30 p.m.  On Monday, March 8, the residency will conclude with morning assembly concerts for each division.

A musical visionary of incomparable gifts, Steve Hackman is a daring voice leading the charge among a new generation of classical musicians intent on redefining the genre. Equally adept in classical and popular forms, his breadth of musical fluency and technique is uncanny; he is at once a composer, conductor, producer, DJ, arranger, songwriter, singer, pianist, and even rapper. Hackman's unique style of musical metamorphosis sees modern musical techniques applied to the classical repertoire and vice versa. The result is evocative hybrid works that are both derivative yet wholly original. He synthesizes Brahms and Radiohead, Bartók and Björk, and Tchaikovsky and Drake into epic orchestral tone-poems; re-imagines Stravinsky and Shostakovich into original orchestral-electronic concept albums; samples Verdi and Debussy and interpolates them into hip-hop tracks; writes songs with hidden melodies of Beethoven embedded. He uses those wide-ranging abilities to create ingenious hybrid compositions that blur the lines between high and pop art and challenge our very definitions thereof.  His performances of these pieces have surprised and thrilled diverse sellout audiences across the country, including with the orchestras of Seattle, Pittsburgh, the Boston Pops, Nashville, Oregon, Indianapolis, Grand Rapids, Columbus, Charlotte, Florida, Alabama, and the Colorado Music Festival. More of his biography at: stevehackman.com/bio/

Dan Trahey is a musician, educator, and innovator. He was instrumental in the creation of the Baltimore Symphony Orchestra's OrchKids, where he currently serves as Artistic Liaison. Dan also founded the El Sistema-inspired program Tuned In at the Peabody Conservatory, where he teaches creative composition and community engagement. As tuba player with the Archipelago Project he travels the world promoting cross genre performances and has performed for hundreds of thousands of children, specifically targeting impoverished areas with little access to live performance. He has held orchestral positions in Mexico and the United States. Trahey is part of the composition troupe Creative Connections that works to bring communities together through collective and creative composition. Dan has been featured in countless publications including 60 Minutes, PBS, NPR, the New York Times, and the Washington Post. He recently gave a TED talk at TEDx Baltimore, and was named the "Most Valuable Player in the Arts" by Baltimore Magazine.