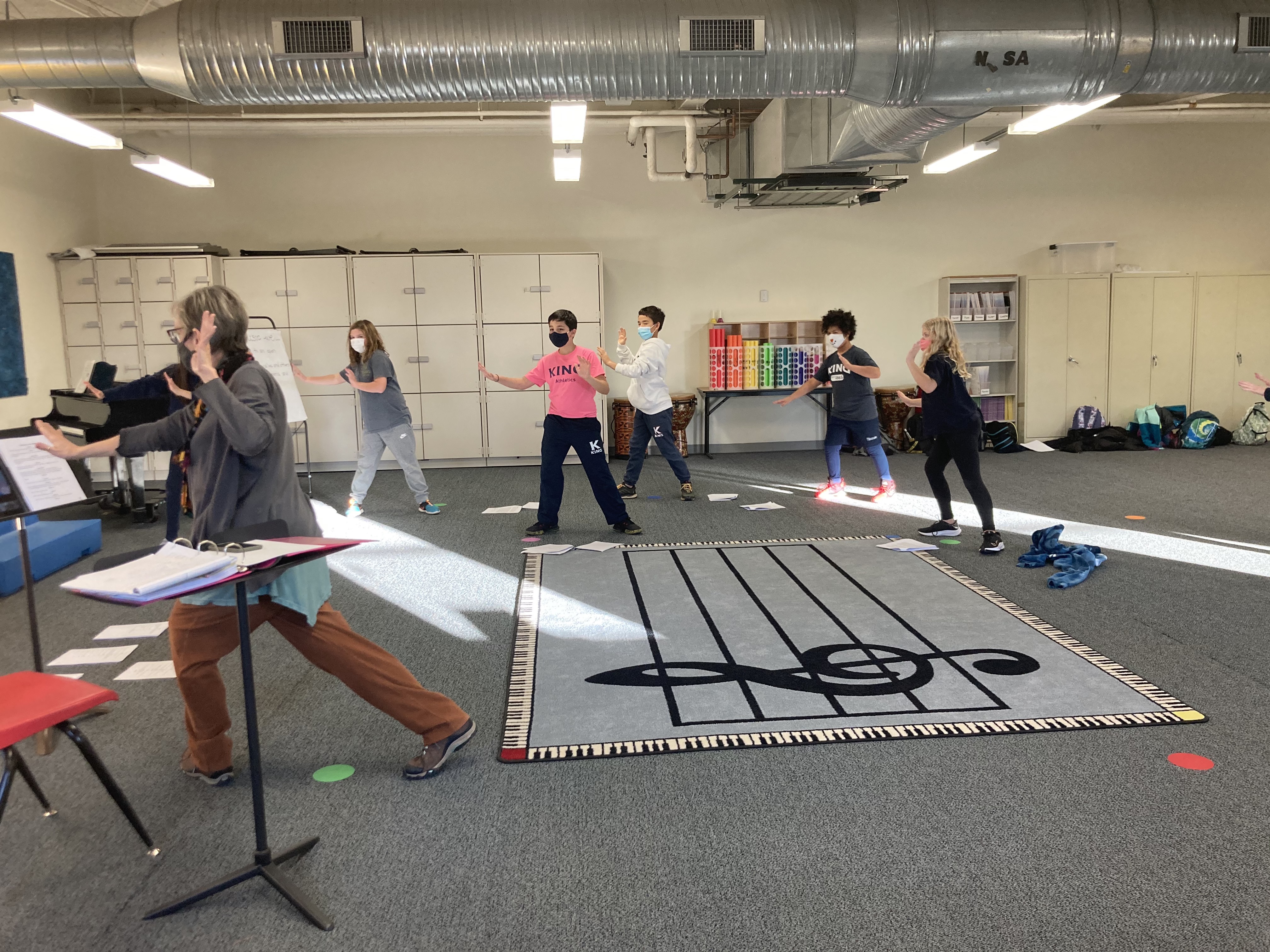 "One of the things I love about the play is that everyone has a part as a kind of main character," said Grade 5 student Lily Schwartz, referring to the opportunity all Grade 5 students have in this year's Grade 5 production: Playing Gods! Stories from Greek Mythology. In rehearsals, Lily learned to perform her lines with expression and emotion and realized that the actors need to make it sound as if "you are really thinking about questions, and then poof, you blurt out your idea."

Evan Minaidis, also a Grade 5 student, agrees that it has been fun "to learn how to add meaning to the words you say while trying to look at the camera at the same time." Evan is Greek and feels proud that the "whole play is about Greek mythology," which he studied even before coming to live in the United States with his family at age 8.

Lily, Evan, and their Grade 5 classmates have all worked with performing arts teachers Amy Darnton and Cara Grimaldi since mid December to rehearse Playing Gods! Stories from Greek Mythology. The young actors and actresses were thrilled to share their performance with the King community on Thursday, February 4 and Friday, February 5 via Zoom.

You can enjoy videos of the performances here.

Daniel Sandford remembers learning "a lot about productions and plays." "It was challenging to memorize lines," states Caroline Castonguay and adds that it is "hard to stay in character for long periods of time, and sometimes hard to keep a straight face." Zeba Hart-Syed agrees it was hard not "to laugh at some of my funnier lines," and adds that she "learned that you have to be in character and focus on what is around you."

"I've been looking forward to being a part of this since pre-K," states Eden Weisel. "We are learning about ancient civilizations. It has been amazing to be able to act out Greek myths and bring these stories to life." Eden plays Demeter, daughter of Persephone. "It is a story about the power of a mother's love for her child," she adds.

This set of Greek myths has been dramatized by different playwrights, including King performing arts teacher Mark Silence. Ms. Darnton praises the scripts as "contemporary, with a modern comic sensibility that allows actors to connect to the ancient stories in an age appropriate way." Producing stories from ancient Greece also aligns with the students' humanities curriculum in which they are studying ancient civilizations.

Ms. Grimaldi adds that "these myths are a good choice for this particular year because they are flexible in terms of casting and staging and have substantial narration by the chorus, so each student has an opportunity to practice acting skills and build confidence to be onstage." "I'm proud of the students for persevering by observing the COVID-19 safety protocols, and embracing their chance to tell a strong story and interpret ancient characters," concludes Ms. Darnton.

Learn more about King's Lower School and the Arts program. 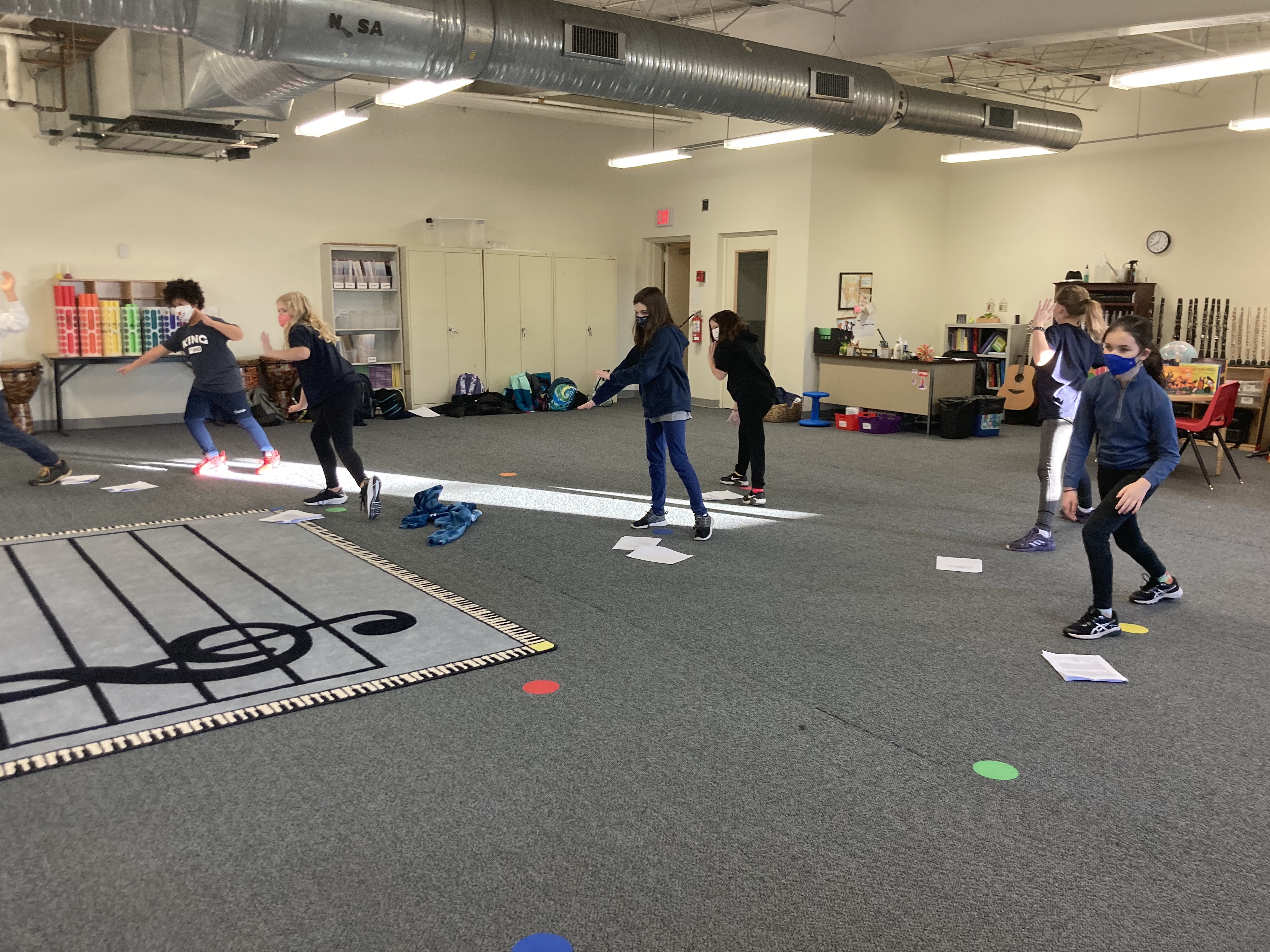